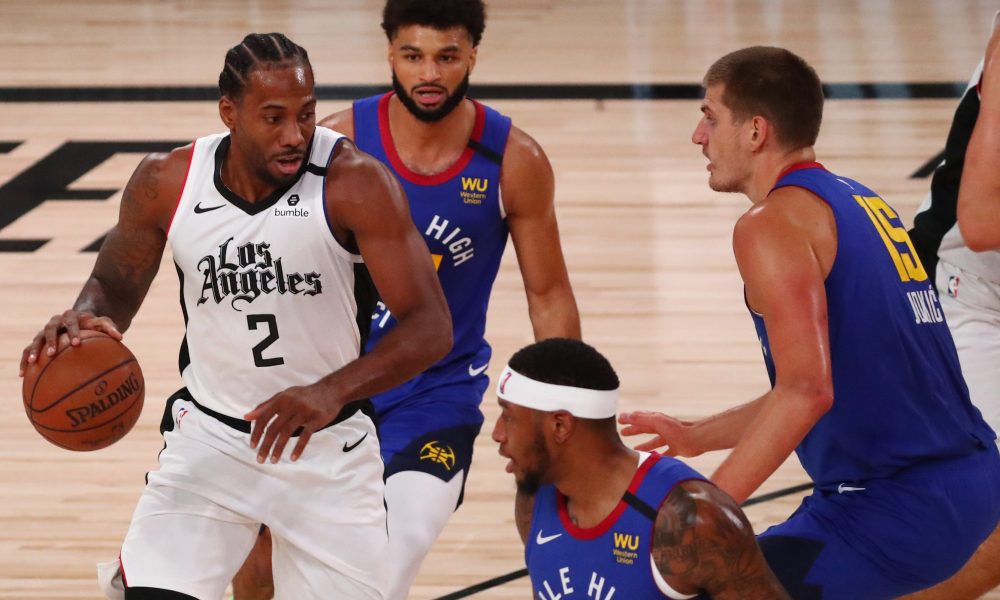 After a stunning Game 7 finale win against the Jazz on Tuesday night, rest is in short supply for Denver as they prepare to face a well-rested Los Angeles Clippers side tonight in Game 1 of the Western Conference semi-finals. Are Michael Malone’s side capable of snatching an early lead in a matchup where the odds are stacked against them? Or will the Clippers prove too strong?

Los Angeles Clippers vs Denver Nuggets: The tough get going

Having overcome a 3-1 deficit to book their place in the second round, it only gets harder from here onwards for the Nuggets.

Effectively shutting out the Kawhi Leonard – Paul George tandem on both ends of the floor is a difficult task, especially after less than 48 hours’ rest following a dramatic end to a frantic series.

Kawhi Leonard led by example again with a pivotal double-double on the stat sheet: 33 points, 14 rebounds alongside seven assists and a game-high five steals in 40 minutes as the Clippers sent a spirited Mavericks side home.

After being pegged back twice in an entertaining six-game series themselves, Doc Rivers’ side have been waiting, watching intently over the past few days as their upcoming opponent was still to be decided.

The shine centred around Jamal Murray and Donovan Mitchell, but Nikola Jokic’s 30-point effort was crucial as they edged a 80-78 Game 7 victory.

It’ll be interesting to see which Paul George shows up for Game 1: the aggressive multiple-time All-Star that we know he is, or the hesitant, misfiring underachiever who has been subject to criticism aplenty in the bubble recently.

That’s just one of the storylines that will emerge ahead of another compelling series between two Western Conference rivals who believe they can go all the way this summer. 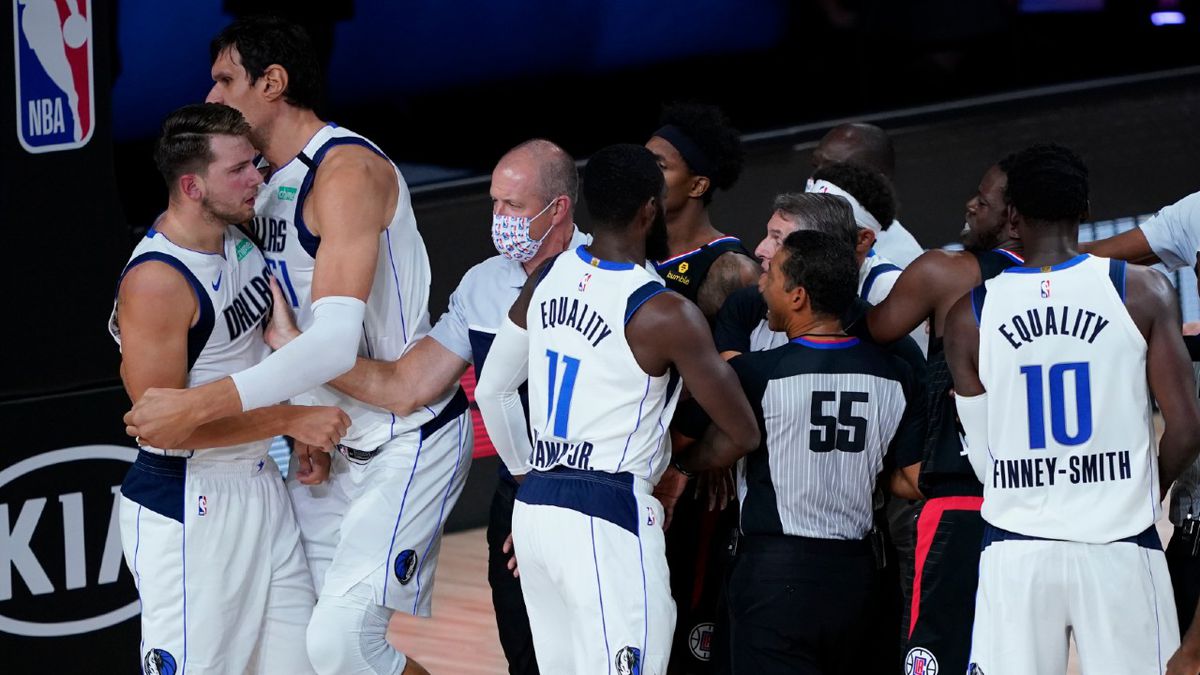 After starting Game 6 in style, Morris got himself ejected with little over a minute left in the first quarter after a flagrant foul on Luka Doncic.

The 31-year-old isn’t the type to care too much about what rivals and critics think of his game, but it’s important he doesn’t let the past spill into their future. Denver, just like the Mavericks, have an in-form guard who has taken the bubble by storm in Jamal Murray.

His Game 7 efficiency and aggressiveness took a significant hit after Joe Ingles’ accidental collision just before half-time – it wouldn’t be surprising to see LA being physical with him.

Morris – who had nine points on 4-of-5 shooting and a steal in 11 minutes, cannot afford to get himself caught up in that. 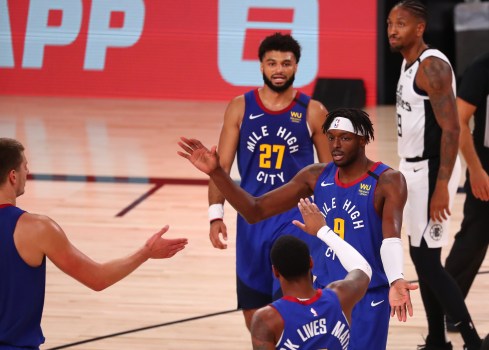 Grant (centre, no.9) frusrated against Utah in Game 7 and needs to be better throughout this series

After recording more rebounds (5) than points (3) in Game 7, it’s clear that Grant needs to step up his production drastically against tougher opposition here.

The 26-year-old, acquired from the OKC Thunder last summer, flickered with scoring across the seven-game series – averaging 11.3 points, 3.4 rebounds, an assist and block per game.

Considering he averaged 34 minutes, those are modest numbers for a power forward that has enjoyed a number of impressive games in Orlando to date. It’s imperative he starts well on both ends of the floor, to maximise Denver’s chances of winning this clash.

According to ESPN’s Basketball Power Index, the Clippers are comfortable favourites (63.5%) and expected to prevail in Game 1 against a jaded Nuggets side still recovering from their aforementioned comeback.

FiveThirtyEight’s win probability statistics are slightly more in the Clippers’ favour too – 67% – which is understandable considering the circumstances. You only have to watch Jokic and Murray’s postgame interviews on Tuesday night to see why.

Jokic knew they were a bounce of the rim from being sent home themselves after a frantic final sequence.

Murray meanwhile, didn’t expect to hear just how quick their turnaround for Game 1 would be. They could start fast and blitz a misfiring Clippers side, but that’s ultimately very unlikely here.