Anthony Davis and LeBron James combined for 62 points, 21 rebounds and 13 assists as the Lakers returned to winning ways in Game 2 with a eight-point victory against the Houston Rockets. After making adjustments to the Rockets’ fast-paced style, will the purple and gold replicate their impressive resurgence from the Portland series and cruise to victory here?

Having done so well on both ends in Game 1, Mike D’Antoni’s men were unable to sustain such production or defensive quality against extensive pressure.

James Harden had success, but this was a forgettable outing for his All-Star guard teammate Russell Westbrook – who shot just 4-of-15 from the field, including 1-of-7 from deep range.

He admitted as much afterwards that he struggled and needs to improve if Houston are to restore their slender series advantage, but that’s easier said than done against a Lakers team that have responded well to going down 1-0 in the Western Conference semi-finals.

The same could be said for their collective displays from the Portland series and Frank Vogel is eager to watch how his side respond against motivated opposition here. How will they fare?

The Lakers shot 56.6% from the field, including 44.4% from three and had a whopping 41 points from their bench unit. Houston by contrast, only had 13 – which were all from Danuel House – during his most productive game since the Game 4 defeat by the Thunder on August 24.

Westbrook’s struggles always seem well-documented and it’ll be interesting to see how he responds in Game 3, but the team need to reduce their sloppy play in possession (17 turnovers, 21 fouls committed) and increased scoring production from both the first and second units.

That’s easier said than done against a physical Lakers side who were overwhelmed by their fast-paced nture in Game 1 but have since responded accordingly. 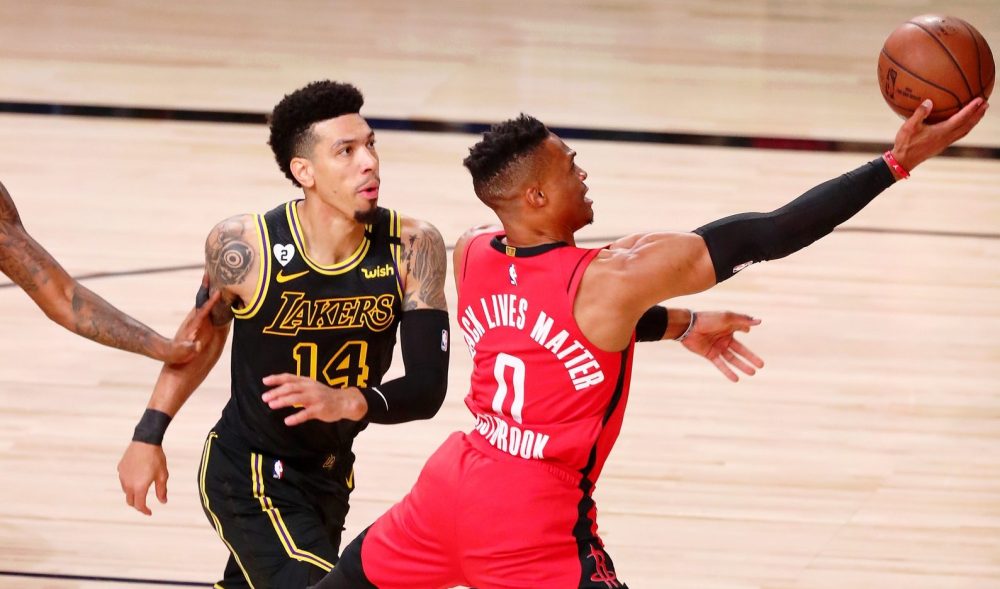 Westbrook endured a difficult outing, both with shooting and countless turnovers in Game 2

Post-game, Westbrook himself admitted he was disappointing. He’s struggled for consistency since arriving in Orlando late after a positive COVID-19 test and a persistent injury.

That lack of continuity has negatively impcted his game, to a point where opponents are daring him to shoot from distance – he’s historically a poor shooter from deep.

With more rebounds (13) than points (10) in Game 2, he had a team-high seven rebounds and struggled in 33 minutes on the floor, the least of all five starters. For contrast, he’s averaging 27 points, 7.9 rebs and seven assists.

He’s only scored less points once in Orlando, during their Game 5 win against the Thunder on 3-of-13 shooting.

It’s important he starts well on both ends of the floor, limits his turnovers and facilitates as he’s capable of doing, feeding to open shooters and step up as the prime creator to level the series. 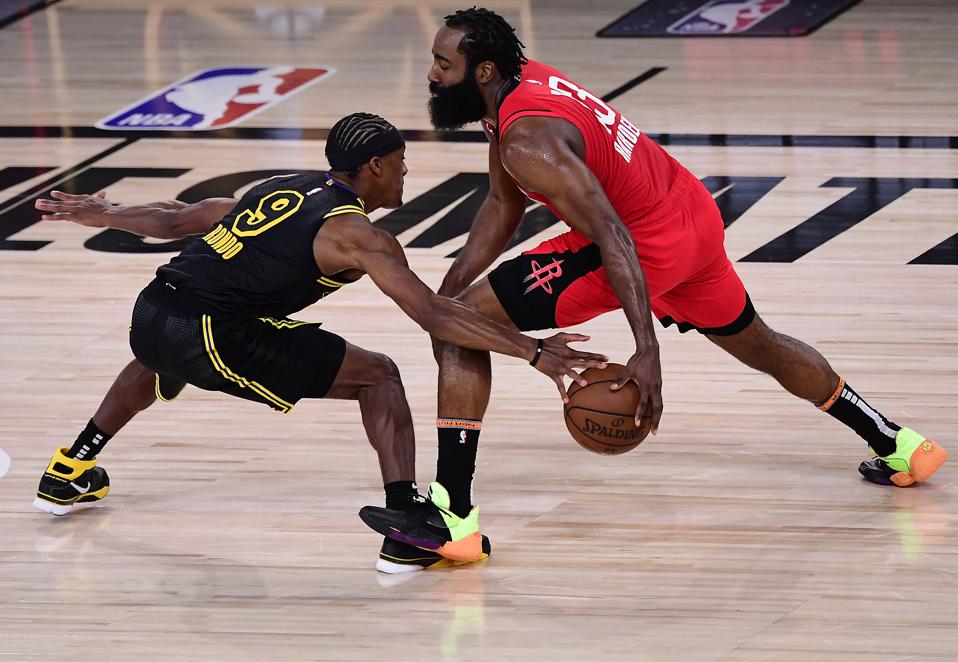 It wasn’t a excellent shooting display (1-of-5 from three, 4-of-9 overall), but the veteran point guard used his playmaking experience and quality to good use in Game 2.

He had a joint team-high nine assists alongside LeBron James and led the offense when the small forward was off the floor, which will be key for them in this series.

After sustaining a thumb injury that needed surgery, and back spasms that kept him out of the Portland series, the 34-year-old has returned to prove himself an important asset for the Lakers’ depth – which isn’t always consistent.

ESPN’s Basketball Power Index (57.4%) are backing the Lakers as narrow favourites to take Game 3, which isn’t surprising given their impressive Game 2 display.

That’s in complete contrast to FiveThirtyEight’s statistics – who expect a timely response from Houston this time out and have given them a 61% win probability percentage.

JaVale McGee and Dion Waiters are listed as day-to-day so might not feature for the Lakers, while Westbrook can’t play much worse than he did on Sunday night surely? This will be interesting.