Jaylen Brown led the game in scoring with 27 points as the Boston Celtics edged closer to clinching their third Eastern Conference Final in the last four years. They’re just 48 minutes from an intriguing showdown with the Miami Heat, who stunned Milwaukee in a five-game series to seal their progression overnight. Will they join them, or can the defending champions take this to a Game 7?

Toronto were down 2-0 and Nick Nurse’s men did well to recover from their deficit, but must do so again in the early hours on Thursday – otherwise the defending champions will depart Orlando empty-handed. Can they prolong the series or will Boston emerge victorious again?

Brown stole the show in Game 5 with his impressive shooting display, but six Celtics had double-digit scoring during a comfortable victory against a resurgent Raptors team buoyed by OG Anunoby’s buzzer-beating winner last week.

Kemba Walker had 21 points and a game-high seven assists, while Jayson Tatum recorded a double-double (18 pts, 10 rebs) despite an underwhelming scoring outing last time out (5-of-15 shooting, 1-of-5 from three).

Brad Stevens got valuable minutes from Brad Wanamaker off the bench too: 15 points, three rebounds, two assists and a steal in 28 minutes – he’s only had more points once this season, in a 123-115 win over the Hawks in February.

Nick Nurse by contrast, will have been left disappointed by his side’s inability to assert themselves in an important game. Early in the second quarter, they were already down by 16 points and at half-time, that deficit almost doubled.

Fred VanVleet (18 pts, five assists, three steals) and guard Norman Powell (16 pts, four threes, three assists) were among the few bright sparks during an encounter which quickly got away from them.

We’re in win or go home territory now and the other Raptors need to step up accordingly. 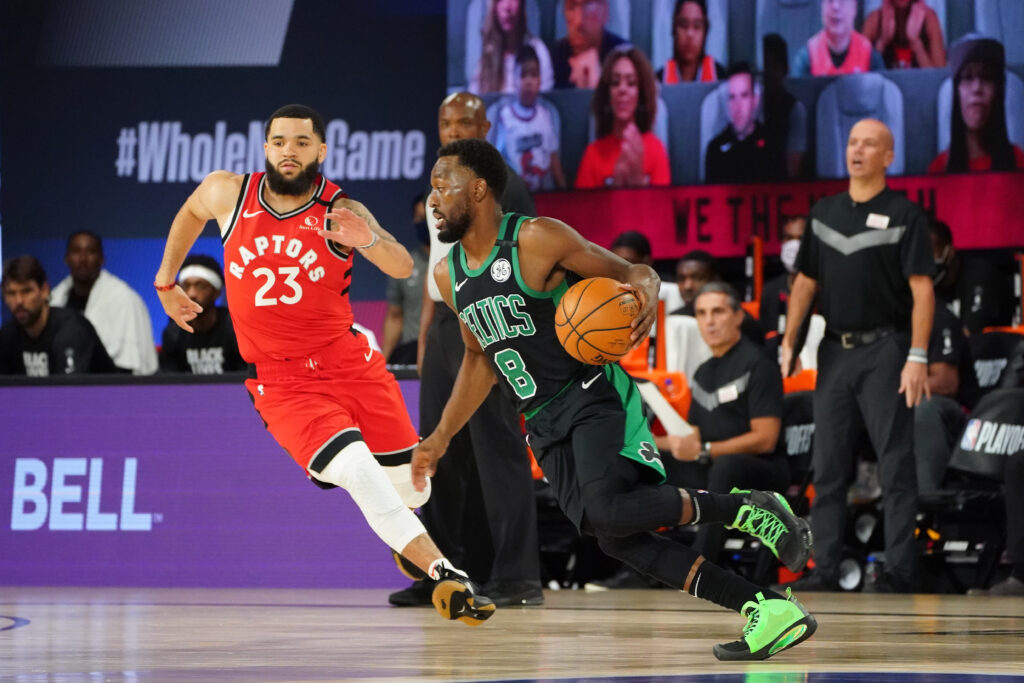 Kemba (no.8) has played hard, facilitated for teammates and made his own shots but must continue

In this five-game series to date, the 30-year-old guard is averaging 20 points, 6.4 assists and 3.6 rebounds per game.

The manner of their Game 3 defeat would have hurt, undoubtedly, but it’s important he leads by example as the fulcrum of this ambitious Boston side.

They would have been watching Miami send Milwaukee – the East’s best team – home less than 24 hours ago and be aware that prolonging this series doesn’t stand them in good stead.

He was efficient from the floor in Game 5 (8-of-15), but struggled from deep (1-of-6) and needs to get hot early, both to help make plays for open teammates while getting his own points too. 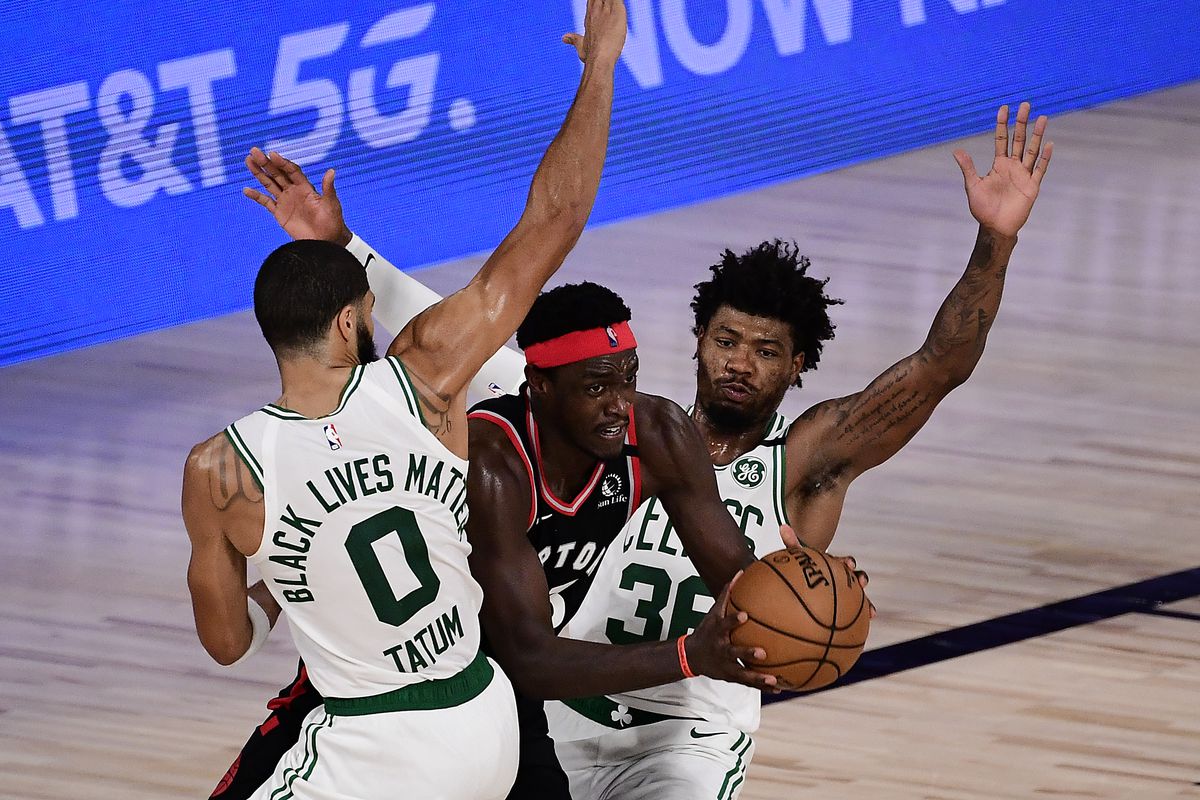 Simply put, Siakam cannot leave Orlando like this. After averaging 22.9 points, 7.3 rebs and 3.5 assists in the regular season, the power forward has been frustratingly inefficient and quite measured with his scoring since play resumed.

He only recorded 20 or more points on two occasions in their eight seeding games, and wasn’t exactly deadly (40.6% FG, 30.7% from three-point range) during the four-game Brooklyn Nets series.

He’s averaging 15.8 points, 6.6 rebounds and 2.8 assists in five games against Boston – all numbers that are down from the aforementioned first-round matchup, and need to be addressed. If not now, when?

After earning a max contract last summer, Siakam has found himself significantly stifled in the clutch moments. Even if Toronto are to lose here, the 26-year-old cannot afford not to be aggressive and finish with a flourish.

Unsurprisingly given how frenetic Game 6 matchups can be, ESPN’s Basketball Power Index cannot really decide a clear winner. They’ve gone with Toronto (50.8%), but that’s as narrow as percentages can be in a must-win encounter for both, albeit for contrasting reasons.

Boston want to wrap up the series and avoid a similar fate to the one suffered by Utah, taking things out of their hands and going to a Game 7.

FiveThirtyEight’s win probability metrics give them a 63% chance to progress here, which is understandable after their first-half blitz from Game 5.

Toronto weren’t favourites to win this series and clearly relish the tag as underdogs, despite being the defending champions. Will their season end here?