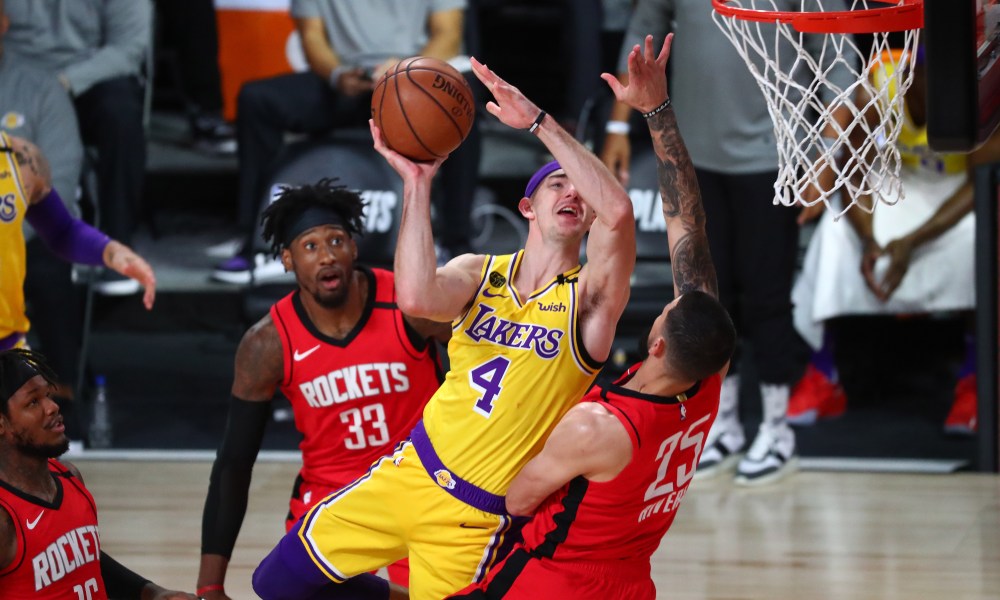 Following a ten-point victory on Thursday evening, the Lakers have edged ever closer to their first Western Conference Finals appearance in a decade. They can clinch that in Game 5, against a Houston side who appear genuinely defeated. Will they finish the job once and for all, or can the Rockets extend their stay in Orlando like Denver did against the Clippers overnight? 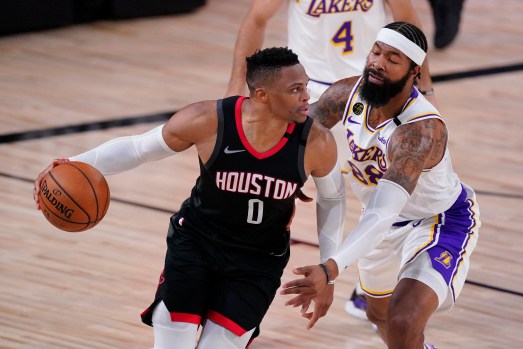 Westbrook was the Rockets’ best scorer with 25 in Game 4, but it wasn’t enough during a flat display

Russell Westbrook had 25 points with a trio of assists, rebounds and steals for Houston but Game 4’s headlines surrounded a dismal shooting display by his All-Star teammate James Harden, who was 2-of-11 and made just one shot from three-point range.

He still managed to record 21 points, a game-high 10 assists, four rebounds with three blocks and two steals in 39 minutes but the guard’s display was alarming when a depleted Rockets team needed their fulcrum most.

LA were excellent defensively, up until midway through the fourth quarter. Houston went on a 20-4 run in just over six minutes as the Lakers’ whopping lead had shrunk to just seven, then five, with less than a minute to play.

Alex Caruso delivered the game-deciding dagger with 35 seconds left, but the fact they could relinquish such an advantage and still emerge with a ten-point win speaks volumes for how they blasted Houston into eventually adapting their small-ball system late on, with nothing to lose.

It begs serious questions ahead of Game 5, as the Rockets were firmly second best and down 16 at half-time. 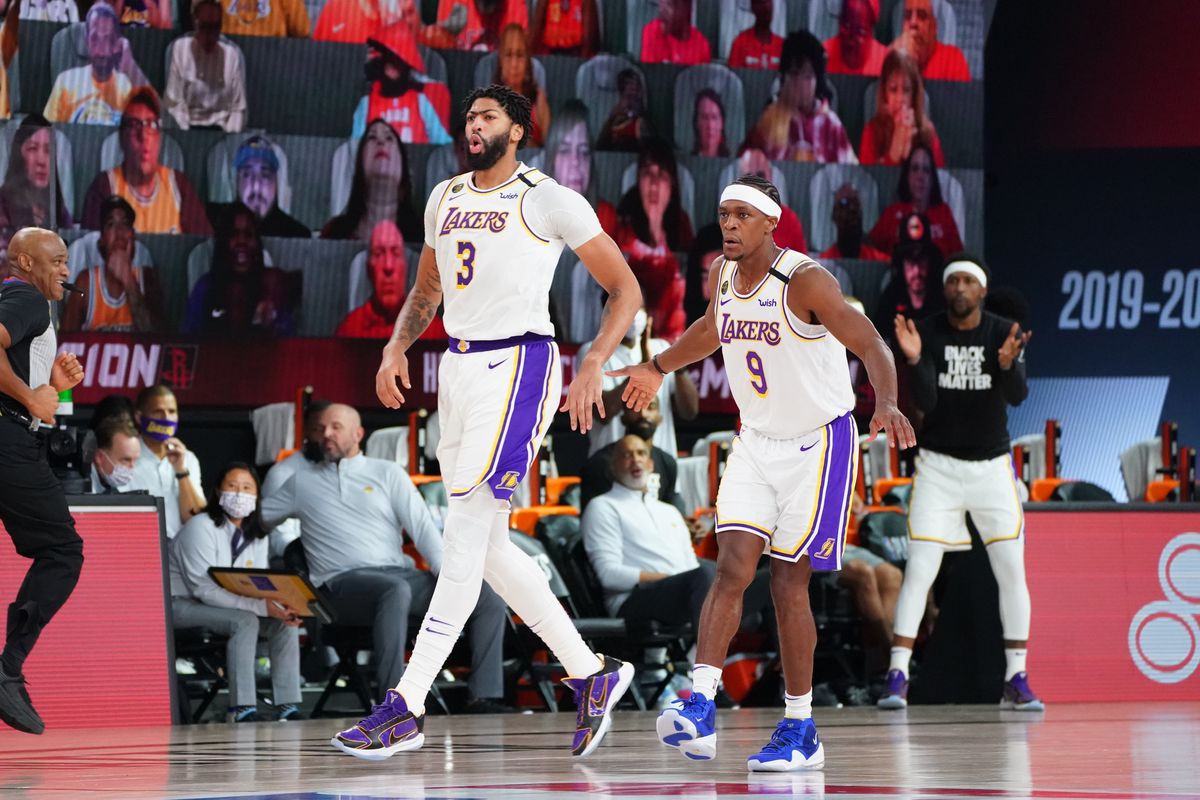 Rondo (centre) has been excellent since his return from injury, but must continue that form in Game 5

Anthony Davis came alive in Game 4 with a double-double (29 points, 12 rebounds), while LeBron James was 0-of-5 from three-point range but still delivered too (16 pts, 15 rebs, nine assists, two steals).

Kyle Kuzma was quiet from the bench and while rookie Talen Horton-Tucker and the aforementioned Caruso delivered valuable minutes as part of the second unit, Rondo needs to maintain his impressive production here.

He almost had a triple-double in 29 minutes (11 pts, 10 rebs, eight assists) and been excellent since returning from injury ahead of this series. Those contributions haven’t gone unnoticed but now isn’t the time to slow down either.

Harden needs to be more efficient to help extend the series for Houston, now down 3-1

Just like I said with Pascal Siakam, he can’t afford to depart the Orlando bubble like this. After an impressive Game 1 display as Houston took an early 1-0 series lead, his production and efficiency levels have gradually decreased.

It’s no surprise as the Lakers have made necessary adjustments, keeping the ball out of his hands, but he hasn’t done enough to counter their tactics himself.

Instead, he’s struggling under pressure and not doing enough to silence the age-old criticism about him being a superstar that’s simply not suited to the playoff heat.

Siakam has multiple years to learn and grow from his experiences. Harden, who is finishing his 11th year in the league, doesn’t have the same luxury and needs to start purposefully in Game 5 on both ends of the floor.

Who is more likely to prevail here? the breakdown

It’s win or go home for the Rockets, which is perhaps why ESPN’s Basketball Power Index isn’t giving the Lakers too much of an advantage (58.6%) in their Game 5 prediction – though they’re still favouring the series ending here.

According to FiveThirtyEight’s statistics, Houston have a 60% chance of prevailing and extending this matchup even further. After their Game 4 performance though, I’m not exactly convinced they will do so.

Danuel House Jr has been sent home after his well-documented indiscretions earlier this week, while it seems as though the Harden-Westbrook tandem just can’t sustain efficiency for both in a series matchup of this nature.