Naomi Osaka came back from a set and a break down to clinch her second US Open title, and third Grand Slam of her young career – thus ending Victoria Azarenka’s triumphant return to Flushing Meadows in just under two hours during Saturday’s entertaining showpiece event.

Osaka drops to the floor after an impressive recovery to prevail, down a set and an early break

It seemed fitting these two would square off in the US Open Final, a fortnight after Osaka withdrew from their scheduled finale at the Western & Southern Open with a hamstring issue.

Although she still sported heavy strapping on her left thigh, the 22-year-old stressed it was merely precautionary but Azarenka didn’t need an invation to test durability from minute one.

After outlasting Serena Williams during a brilliant three-set semi-final encounter late on Thursday, she had all the morale she needed to start fast and did exactly this here.

Osaka began sluggishly, Azarenka the polar opposite as she fired winners down-the-line and forced the Japan international to constantly stay on her toes.

It’s remarkable to think that just twelve months ago, the Belarusian slipped to a first-round US Open defeat against Aryna Sabalenka – despite winning the first set 6-3.

Azarenka started like a house on fire in set one, but couldn’t sustain that level throughout

Osaka struggled to hold serve and couldn’t manage to win three games in the first set, gifting points away with a number of unforced errors and was clearly rattled.

Azarenka seized control and fed off that negative energy while mixing up her ball-striking to boot. With a double break in tow, Vika raced to a 6-1 first set scoreline after 26 minutes.

Naomi had her moments with a handful of winners, but they were few and far between during a fast-paced opening where those mistakes continued to mount at precisely the wrong time.

Azarenka continued that assertive play and Osaka seemingly had no answer – whether it was a timely slice, deft drop shot, defiant winner or otherwise.

Vika was one point away from going 3-0 up in the second set, though Naomi importantly made rallies increasingly longer and was suddenly starting to hold her own.

2-0, 40-30 down turned into 2-2 after a timely ace as you could sense she was beginning to get warm at a rather rapid pace. Azarenka was aware of that, too. 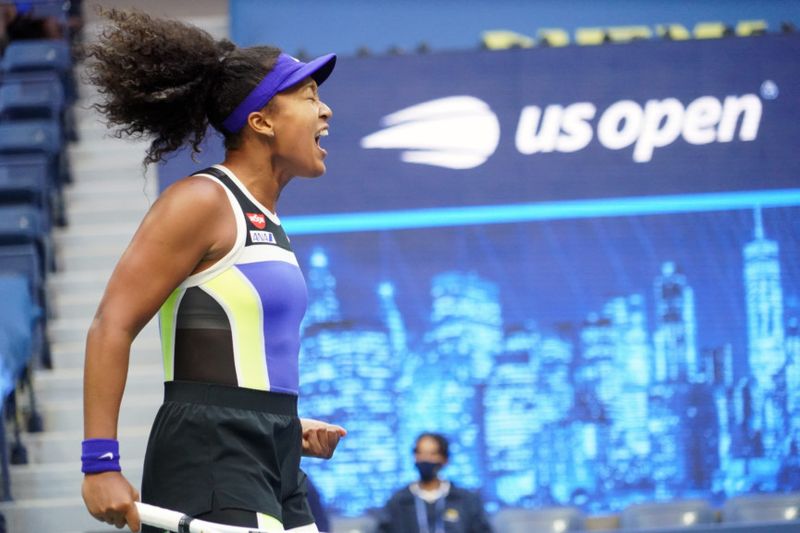 Osaka produced an improved service game to level the scores at 3-3, before watching as Azarenka made three successive errors to present a pivotal break point opportunity.

She gladly grabbed it with both hands and delivered another strong hold to go 5-3 up in the second after unleashing a winner stretching on her knees, for which Azarenka couldn’t return.

The tables had turned. Azarenka was 40-15 up on serve, yet relinquished multiple opportunities to hold her service game before Osaka levelled the scoring after little more than an hour’s play.

She had a crosscourt winner, powerful return ace and winner which wrongfooted Vika on her second set point chance to close it out in 41 minutes.

Both initially held serve to start the deciding set, before Azarenka’s questionable shot selection came to the fore at 2-1 down.

Playing a drop shot, rather than continuing the rally, was both predictable and not a good enough strike as Osaka raced forward at the net and slammed a winner past her.

Despite saving one break point with a forehand winner down-the-line, Azarenka couldn’t produce another during a lengthy rally – one of the match’s biggest – and she was 3-1 down.

Osaka saved three break points in the very next game as the lead increased to 4-1 and Vika had seen the roles reversed after recovering from a set down to beat Serena the way she did.

To her credit, she saved four break points on serve to reduce the deficit in a game that seemed to last forever and then her persistence forced more errors from Naomi.

Finely poised at 4-3 on Azarenka’s serve again, she was visibly struggling physically and didn’t have much power from her legs so tried to force movement from her gamely opponent instead.

Osaka was full of power and purpose by this point though, as evidenced by her slender advantage, which increased after winning two lengthy rallies and forcing an error wide too.

She was frustrated not to have been 5-2 up, channelled that anger effectively and was finally serving for the championship at 5-3 – a game later than she would have liked instead.

A forehand winner, an ace and wayward Azarenka error presented two championship points. On the second attempt, Azarenka fired one straight into the net and that was that.

Three Grand Slam finals, three Slam titles. Whether she’s the underdog or under pressure as she was here, Osaka finds a way to get it done. 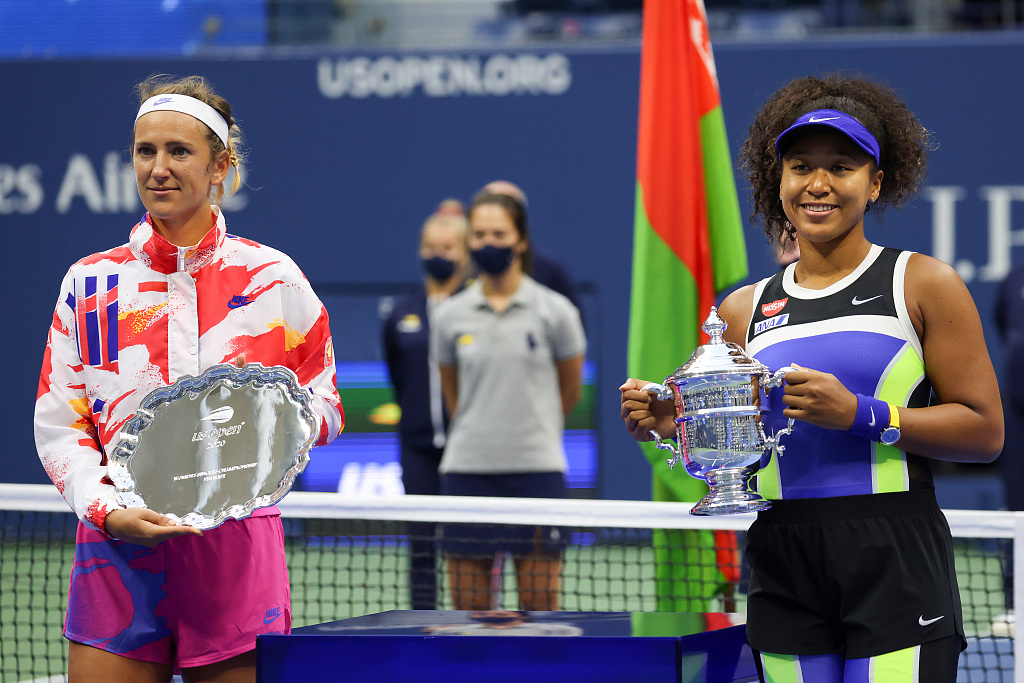 Azarenka was thankful for the tournament being on in the first place, appreciated her team’s support during an eventful two weeks and said:

“I thought third time [in a Grand Slam final] was the charm, but I’ll have to try again. Congratulations to Naomi, I hope we’ll play in some more Finals down the road.

It’s a blessing to be here, so thanks so much to all those who made this tournament happen.”

Osaka meanwhile, was refreshingly honest about not wanting many more meetings between the two before revealing she watched her many years ago as a youngster.

“Congratulations to Vika, I actually don’t want to play you in any more finals! I didn’t really enjoy that, it was tough and it’s really inspiring for me.

I used to watch you play here when I was younger so just to have the opportunity to play you is really great and I learned a lot, so thank you.”

Azarenka faces a quick turnaround against world no.71 Venus Williams on Monday morning in Rome as the clay court season is already underway, so it’ll be interesting to see how she gets on.

Osaka will rise up to world no.3 in next week’s rankings and with three Slam titles to her name before her 23rd birthday, the sky is truly the limit as far as her potential for success is concerned.