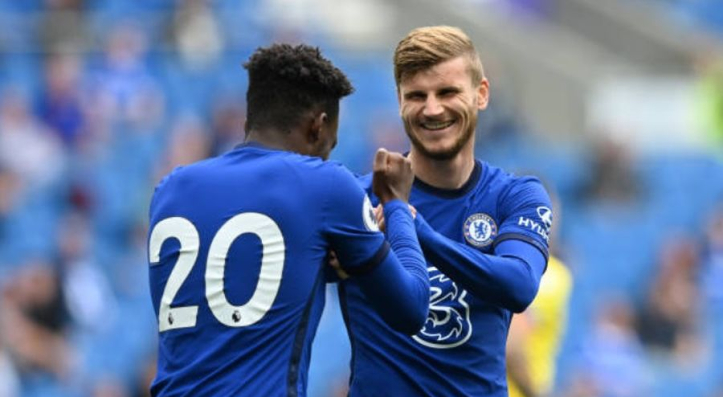 Chelsea’s Premier League campaign gets underway with a tricky away trip to the south Coast, as Brighton await on Monday evening. Two weeks after a 1-1 draw at the Amex, the Blues return in a competitive capacity and target a statement win away to last season’s strugglers. Can Graham Potter’s men surprise the side who narrowly secured a top-four finish last term?

Frank Lampard confirmed there are multiple absentees for Monday’s trip to Brighton.

Three recent acquisitions are among those who won’t feature: Ben Chilwell (fitness), Hakim Ziyech (knee) and Thiago Silva (not yet training). Billy Gilmour (knee) is targeting a return in two months’ time after summer surgery, though it’s not all doom and gloom.

Lampard can call upon captain Cesar Azpilicueta and the influential Christian Pulisic after both sustained hamstring injuries in their FA Cup final defeat.

Pulisic was among their best players after play resumed in June, while Azpilicueta was a model of consistency in defence as usual.

There will be plenty of eyes on Kai Havertz and Timo Werner, should both start as expected.

The latter scored after just four minutes against Brighton on August 29, while Havertz is highly-rated following impressing for Bayer Leverkusen and Germany.

Brighton will be determined to send Chelsea home empty-handed, especially with one of their academy graduates already a mainstay.

Tariq Lamptey joined in a £3m deal eight months ago and will be encouraged to start the new campaign strongly against his former teammates.

Lamptey (no.2) against his old club in last month’s friendly draw, he’ll want to impress here

He signed a new four-year contract extension at the start of this month after much speculation over his long-term future, with Leeds keen on agreeing a permanent deal, to no avail.

Last season’s top goalscorer Neal Maupay (10, three assists) and summer signing Adam Lallana are among those who will similarly be motivated to create havoc for a shaky Blues backline.

They were left exposed on a number of occasions last season for ball-watching out of possession and lack the sort of defensive intensity to make lesser sides afraid of them.

Sheffield United effortlessly dismantled them in July and that was just a prime example of Chelsea’s frailties at the back – they’re not just going to magically go away either.

Anything less than a Chelsea win here would be seen as a disastrous start to the new campaign.

Lampard’s side have lofty ambitions – whether they’d like to admit it or not – and are unbeaten in seven previous H2H meetings (won five, drawn two) against the Seagulls.

Having spent £200m already this summer with Stade Rennes goalkeeper Edouard Mendy (a reported £20m plus add-ons) still to arrive, it’s clear they want to bridge the gap between themselves and defending champions Liverpool.

They’ve got tricky top-flight matches to start the new campaign: Liverpool, West Brom away, London rivals Crystal Palace and Southampton in their next four fixtures after this.

Lampard still has two years left to run on his existing deal and after an encouraging finish to last season, it’s clear that any leeway will quickly go out of the window if results don’t start well.

It’s one of the reasons why I was so strongly against Frank taking the job vacancy last summer.

Ultimately though, it’s a once-in-a-lifetime opportunity for a club legend and as he’s said, he didn’t come back to west London for a fourth-placed finish. He and they both want more.