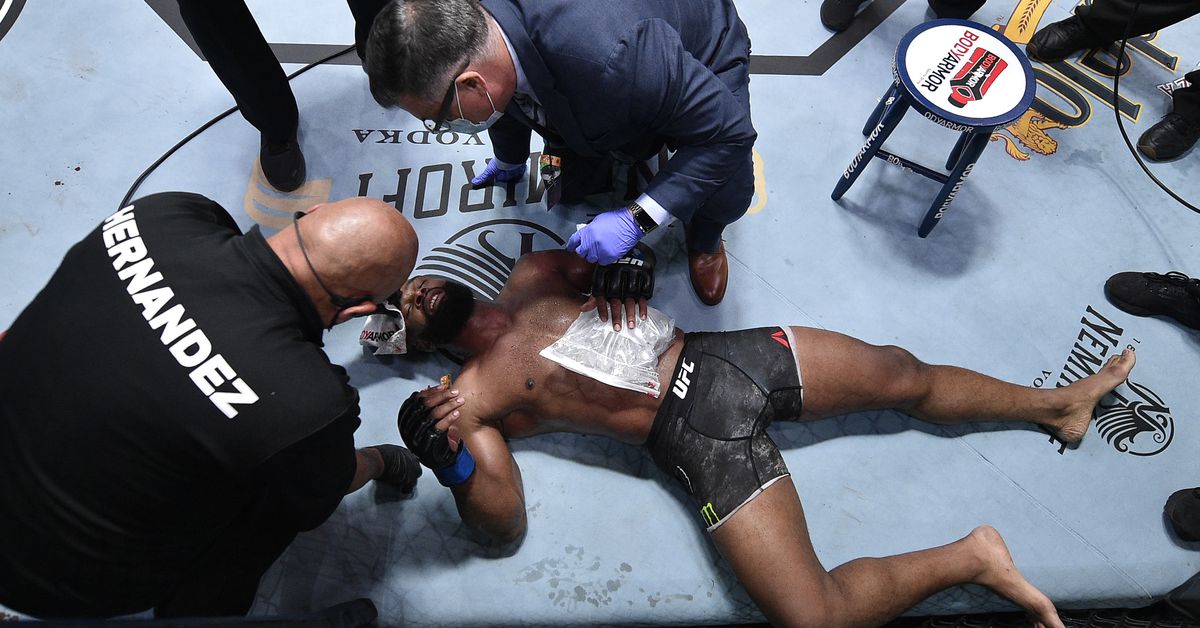 Although he’s now gone 75 minutes in the Octagon without winning a single round, future UFC Hall of Famer and former welterweight champion Tyron Woodley has confirmed he’s not yet prepared to retire or switch up his coaches after suffering a dominant TKO defeat by #2 ranked contender Colby Covington in last weekend’s main event matchup at the Apex Center in Vegas.

Dana White might not approve, but Woodley’s unprepared to retire. He took to Instagram earlier today, addressing fans after sustaining a broken rib during his fifth-round TKO loss on Saturday.

After years of build-up and genuine dislike towards one another, many neutrals and fight fans alike were hoping this was the sort of encounter that would prompt Tyron into action.

Instead, he was comprehensively outstruck and outfought by a man six years younger and has propelled himself back into the title hunt in the process.

Woodley has three successive defeats for the first time in his career, losing the belt against current champion Kamaru Usman last year, losing to Gilbert Burns in May and now Covington.

He didn’t win a single round in any of the trio. Considering the endless criticism about his underwhelming performance, Woodley didn’t need to be told that he disappointed. He knew.

“I’m not retiring – I’m not giving it up. I’m not switching all my coaches up, changing the continent I live on, doing all that.

Some s–t didn’t happen and guess what? I don’t know why it didn’t, I did everything to make it. Now we just take a deep breath and see what’s next.”

As previously mentioned, UFC promoter White was honest with reporters during the post-fight press conference and admitted it might be time to hang up the gloves.

He said: “I think that he should start thinking about hanging it up. He’s had a great career, a great run and made money.”

Only time will tell whether his pride will prove too much to bare being a glorified gatekeeper for rising stars in the division, but it’s abundantly clear he’s no longer at the championship level.