Derby needed a late free-kick strike courtesy of captain Wayne Rooney to help them snatch their first Championship win of the new campaign away at Norwich on October 3, despite being outplayed for large periods. On their return from international duty, can the Rams string together successive league victories as they look to kickstart the season here?

Derby vs Watford: both hope to kick off weekend’s action in style
kick-off: 7.45pm bst, live on sky sports and in 20 countries

The two-week international break ends tomorrow when Derby and Watford clash in what promises to be an intriguing televised Champioonship fixture.

Phillip Cocu’s side ended a run of four successive defeats (across all competitions) away to Norwich, while Watford lost 1-0 away to Reading in their most recent second-tier clash. 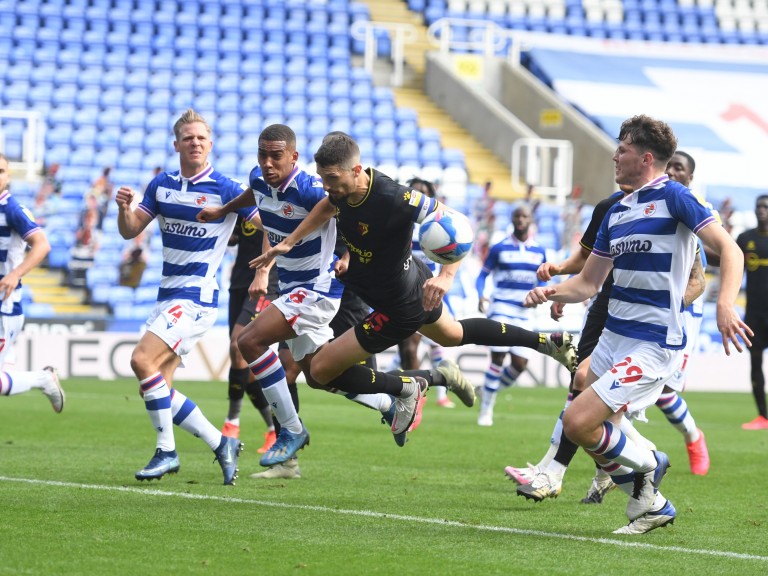 The Hornets had 11 shots, more completed passes and dribbles while hitting the post without success

Naturally, Vladimir Ivic will expect an immediate response from his players as they look to make a statement of their promotion intent on TV this weekend. How will Derby – who narrowly missed out on last season’s playoffs – react against similarly tough opposition here?

Derby needed someone to step up and it was Rooney, snapping their four-match losing streak with aplomb at Carrow Road with his late winner.

Norwich had two-thirds of possession, more shots and missed big goalscoring opportunities, but were duly punished by a busy Derby side.

Scotland goalkeeper David Marshall made five saves to earn his first clean sheet since sealing a move from Wigan over the summer.

It’ll be interesting to see whether he’s as busy, and how his defensive teammates perform under pressure against Watford here.

Pukki hit the woodwork with his second-half penalty, while Marshall was Derby’s best performer

Since their Premier League relegation was confirmed back in July, the Hornets have undergone significant changes but still clearly possess top-flight quality across the pitch.

Senegal international Ismaila Sarr has been linked with a lucrative move but stayed this summer, while Joao Pedro and summer signing Jeremy Ngakia have already caught the eye this term.

Can they mark their return to club football with an away victory here?

Derby and Watford are in contrasting positions, four matches into the new Championship season. The Rams won their first league game of the campaign just before the international break, while Watford suffered their first loss.

This will be an interesting clash between sides with lofty ambitions.

Derby boast a superior H2H record (11 wins, five defeats, two draws), but haven’t played Watford since April 2015 – five-and-a-half years ago – so I’d expect both sides to back themselves.

It’s a televised fixture and one which provides both with an opportunity to showcase their early promotion credentials in an unpredictable league where every point matters come May.