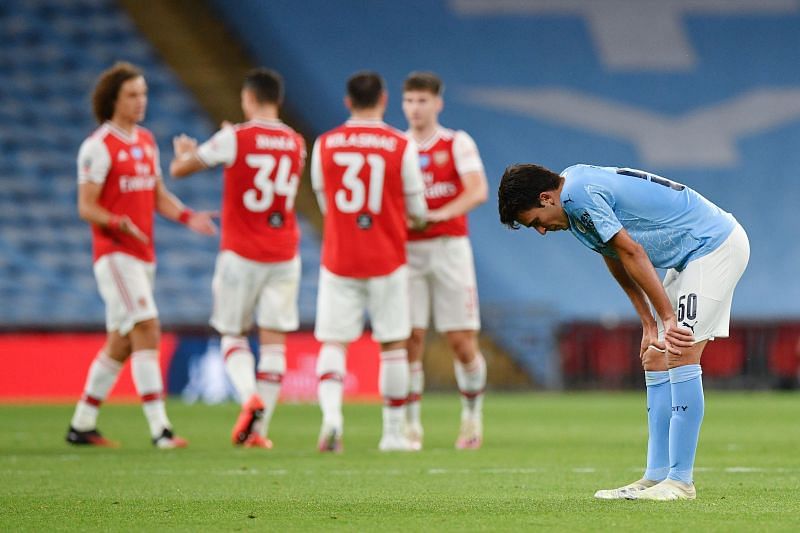 Arsenal face an unpredictable trip to Manchester this weekend, when they’ll be greeted by a motivated but injury-ridden Manchester City side on Saturday evening. Pep Guardiola’s men have had a fortnight to stew over their frenetic 1-1 away draw against Leeds – two more dropped points – and target an emphatic response in tomorrow’s televised evening clash.

Manchester City vs Arsenal: A big game for both
Kick-off: 5.30pm BST Will Mikel Arteta’s side perform well to inflict more damage on a slow-starting City side? Or will they be overwhelmed by a team packed with quality, even with their best strikers sidelined.

in de bruyne’s absence, Sterling has more on his shoulders

Sergio Aguero (knee) and Gabriel Jesus (muscle) are City’s two key strikers and both remain sidelined with troublesome injuries. The former has returned to training this week, though.

It means the sky Blues enter this weekend’s clash with Raheem Sterling likely to deputise in a centre-forward role, though 17-year-old Liam Delap was an unused substitute at Elland Road.

Sterling was their best player that evening against Marcelo Bielsa’s men, but with more incision in the final third, he’d have scored a hat-trick – rather than just one goal against Leeds.

Sterling was City’s constant livewire against Leeds and on another day, could’ve had a hat-trick

It’ll be interesting to see whether Bernardo Silva starts against Arsenal, having made a noticeable impact as a second-half substitute on October 3.

Benjamin Mendy was booked shortly after the half-hour mark and it’s likely he’ll be dropped after another sloppy defensive display. £40m summer signing Nathan Ake is likely to replace him, against an Arsenal side who exposed them on the flanks at Wembley three months ago.

Expect to see Bukayo Saka linking up with captain Pierre-Emerick Aubameyang down the left-hand side, a combination that has worked wonders recently. 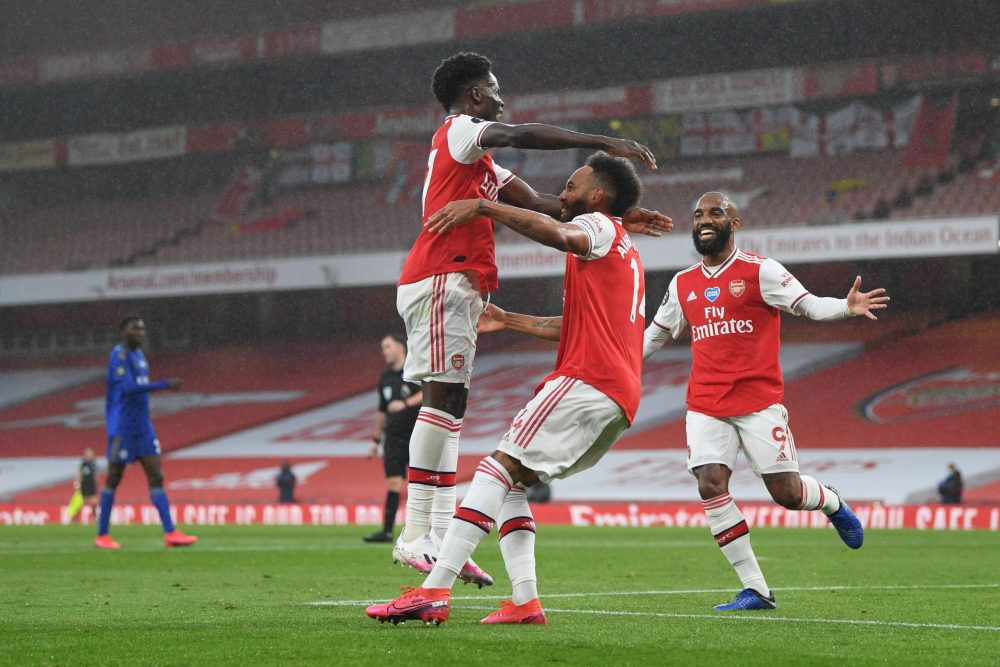 Club captain Aubameyang has gone three games without a goal for the second time in 2020, but scored a matchwinning double to sink City during their FA Cup semi-final win back in mid-July.

Against a weakened side this weekend, perhaps this is the best time to remind them of his goalscoring abilities? Meanwhile, Kieran Tierney’s status for this clash remains up in the air.

The fullback was required to quarantine for two weeks from last Tuesday after Southampton’s Stuart Armstrong tested positive for coronavirus while on international duty with Scotland.

Arteta said he’d be extremely disappointed if the 23-year-old was unable to play as a result, which reinforces his ever-growing importance as part of a steadily improving Arsenal side.

They’re said to be positive about him playing, though the fact he hasn’t trained nor played in the last ten days has created doubts nonetheless.

Thomas Partey meanwhile, could be in line for his first Premier League start after they activated his €50m (£45m) release clause on deadline day before the international break.

The 27-year-old Ghana international was pictured in training this week and it’ll be interesting to see whether he does start, presumably alongside Granit Xhaka and Dani Ceballos.

After recording 23 shots with just one goal and a point to show for their efforts at Leeds, City want a response. Arsenal have started well and in Arteta, they have the perfect head coach to outsmart Guardiola – though his players must step up against top opposition.

That’s easier said than done and although they’ve held their own in recent months against the likes of Liverpool and City, I’m not entirely convinced. One thing I’m confident about though: this game has goals written all over it.