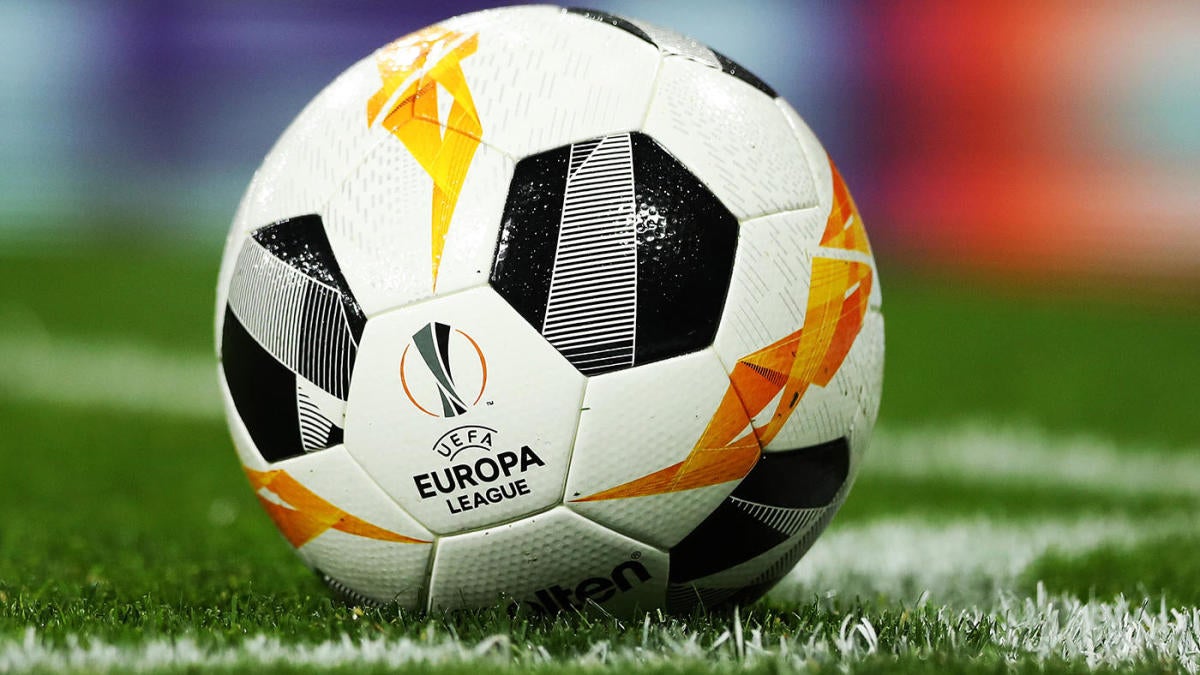 A look ahead to three contrasting group stage fixtures from MD1 as the Europa League returns on Thursday. Last year’s quarter-finalists Bayer Leverkusen welcome Nice back to the competition after a two-year absence, Arteta’s Arsenal travel to Austria with Rapid Vienna first up while Maccabi Tel Aviv host Qarabag. Which players will impress this week?

After a two-year absence from European competition, Nice return to Europa League action on Thursday with an away trip to the BayArena. Peter Bosz’s Bayer Leverkusen await them in their first Group C fixture, this being an intriguing first H2H matchup between the pair.

The hosts are unbeaten in six matches across all competitions, dating back to their one-legged quarter-final defeat by last season’s UEL finalists Inter Milan.

Can they extend that run against Patrick Vieira’s men here? Or will Nice begin intently with a tough upcoming schedule before 2020 ends?

Robin Zentner did his best to claw the ball into his gloves, but it was ultimately futile. Lucas Alario jumped highest, directed his header goalwards and despite the goalkeeper’s diving efforts, the ball had clearly crossed the goalline. 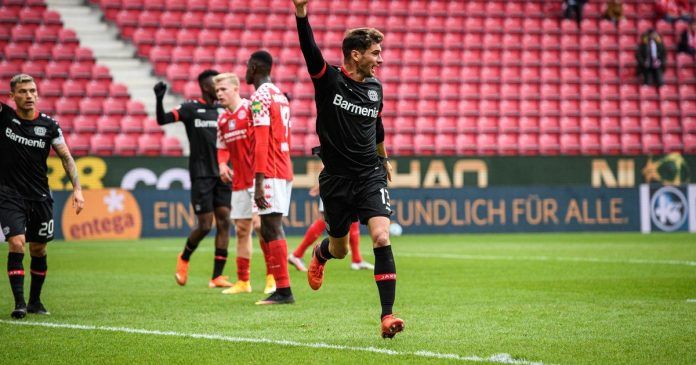 Alario wheels away to celebrate his close-range header, which proved Leverkusen’s matchwinner

It was the Argentina international’s first top-flight goal since their 4-2 loss to Bayern back in early June and proved decisive, helping Leverkusen earn a 1-0 away win vs. Mainz on Saturday.

They had more possession (62%), shots (nine, five on target), passes and completed dribbles but for the third game running, just a goal to show for their dominance. It’s something Bosz will be mindful of, hosting a Nice side sweeping Saint-Etienne aside so effortlessly 24 hours later.

Vieira clearly had one eye on this Europa League curtain-raiser, making positive second-half alterations that made a noticeable impact. Dan Ndoye’s cross-cum-shot was converted by fellow sub Myziane Maolida, putting the game beyond ASSE’s reach in stoppage-time.

Elsewhere, there were impressive displays from Pierre Lees Melou and Amine Gouiri, who were both on the scoresheet in the first-half.

It’ll be interesting to see how the likes of Stanley N’Soki and Jordan Lotomba fare defensively against a Leverkusen side capable of punishing teams with their creative play from the wings.

Leverkusen are favourites and although Nice are no pushovers, it makes sense – they have more European pedigree, are hosts here and in decent form. I expect that to continue on Thursday, but overlook Vieira’s men at your peril.

Having been frustrated en route to a 1-0 defeat by Manchester City last week, Mikel Arteta’s Arsenal target a determined response when travelling to Austria on Thursday.

Their Europa League campaign begins against Rapid Vienna, a side with ten wins in their last twelve matches (all competitions, including friendlies). They blasted their way to a 5-1 away win in their OFB Cup clash, preparing for this encounter with a range of different scorers on Saturday.

The Gunners massively underwhelmed in this competition last season, so will feel like there’s unfinished business this term. They can’t afford to slip up against winnable opposition, otherwise it may set a precedent as the tournament continues.

Saka was Arsenal’s most impactful player against Manchester City, but couldn’t stop them losing

Ederson made three important saves to keep Arsenal – namely Bukayo Saka – at bay, but the Gunners collectively frustrated against a beatable City side on Saturday.

It’s why matches like these serve as a perfect tonic for Arteta to truly assess his best and most reliable players, in his first full campaign at the helm.

Questions over club-record signing Nicolas Pepe and Alexandre Lacazette remain for different reasons, while Edward Nketiah is itching for starts at centre-forward.

Thomas Partey made a brief cameo and received his first Premier League booking at the Ethiad on Saturday, though it’s unclear whether he’s ready enough to start here.

Ainsley Maitland-Niles’ desire to play in central midfield hasn’t yet earned him a regular slalte of games in that position, while Joe Willock and Mohamed Elneny are suitable placeholders.

Arteta needs to find the right mix between youth and experience here, away to a Vienna side who showed no mercy in their OFB Cup win over the weekend. Marcel Ritzmaier had a brace, while there were also goals for Christoph Knasmullner, Kelvin Arase and Ercan Kara.

Despite falling short in UCL qualification against Gent last month, the hosts cannot be underestimated here. After all, they have nothing to lose. That said, I’d predict some goals here.

After falling short at the final hurdle in their Champions League qualification campaign, Maccabi Tel Aviv return to action on Thursday. MD1 sees them host Azerbaijan’s Qarabag in Group I, a clash both will back themselves in for different reasons.

With Villarreal hosting Turkish side Sivasspor elsewhere in what looks a tightly-contested group, the onus will be on Tel Aviv to start purposefully. However, they haven’t played competitively since September 30 – three weeks – and Qarabag kept fresh despite the international break.

It means visiting head coach Gurban Gurbanov knows this is a golden opportunity to earn their first Europa League group stage win since MD2 last October. Can they? 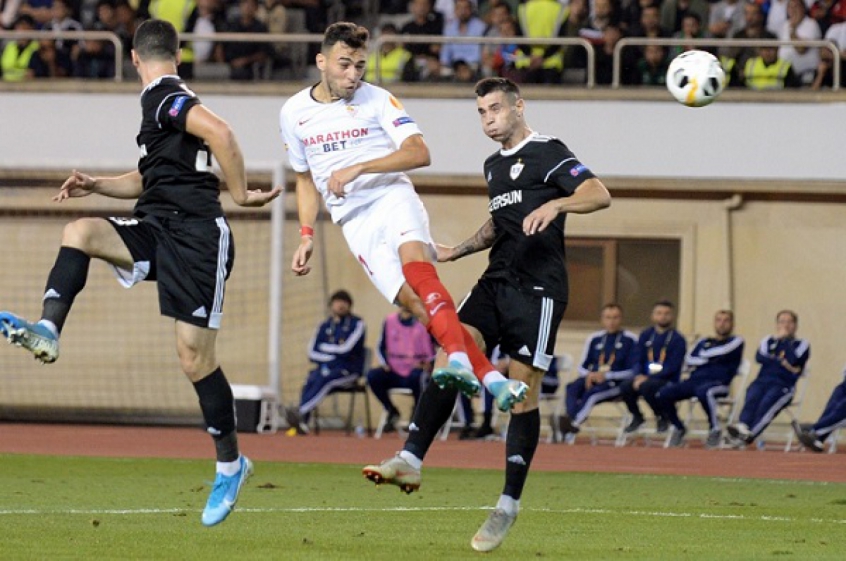 They were 4-1 winners against Luxembourg’s Dudelange on MD2 – their sole win – and had to go through multiple qualifying rounds across UCL and UEL competition before earning this berth.

Tel Aviv know the feeling. They drew and lost against an impressive Red Bull Salzburg side in their Champions League play-off fixture last month.

That two-legged defeat dropped them into this season’s Europa League, where they make their return after a two-year absence. What better way to mark their return, than with an emphatic result on MD1 here? 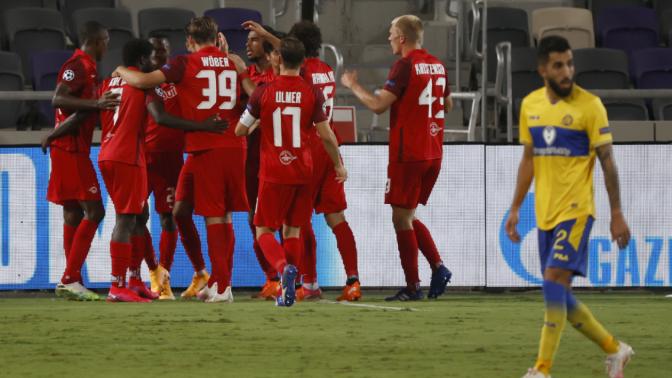 Tel Aviv were comfortably second best against RB Salzburg, who have earned a difficult UCL group

Qarabag swept Legia Warsaw aside with a 3-0 victory to book their UEL group stage place, while earning another comfortable 3-0 win this past weekend at Qabala’s expense. Patrick Andrade has two goals and an assist in their last two games, so watch how he fares here.

All things considered, Qarabag will be confident – more match sharpness and better form than Thursday’s hosts. However, form can often prove irrelevant during big matches like these, where both need to get off to a good start.