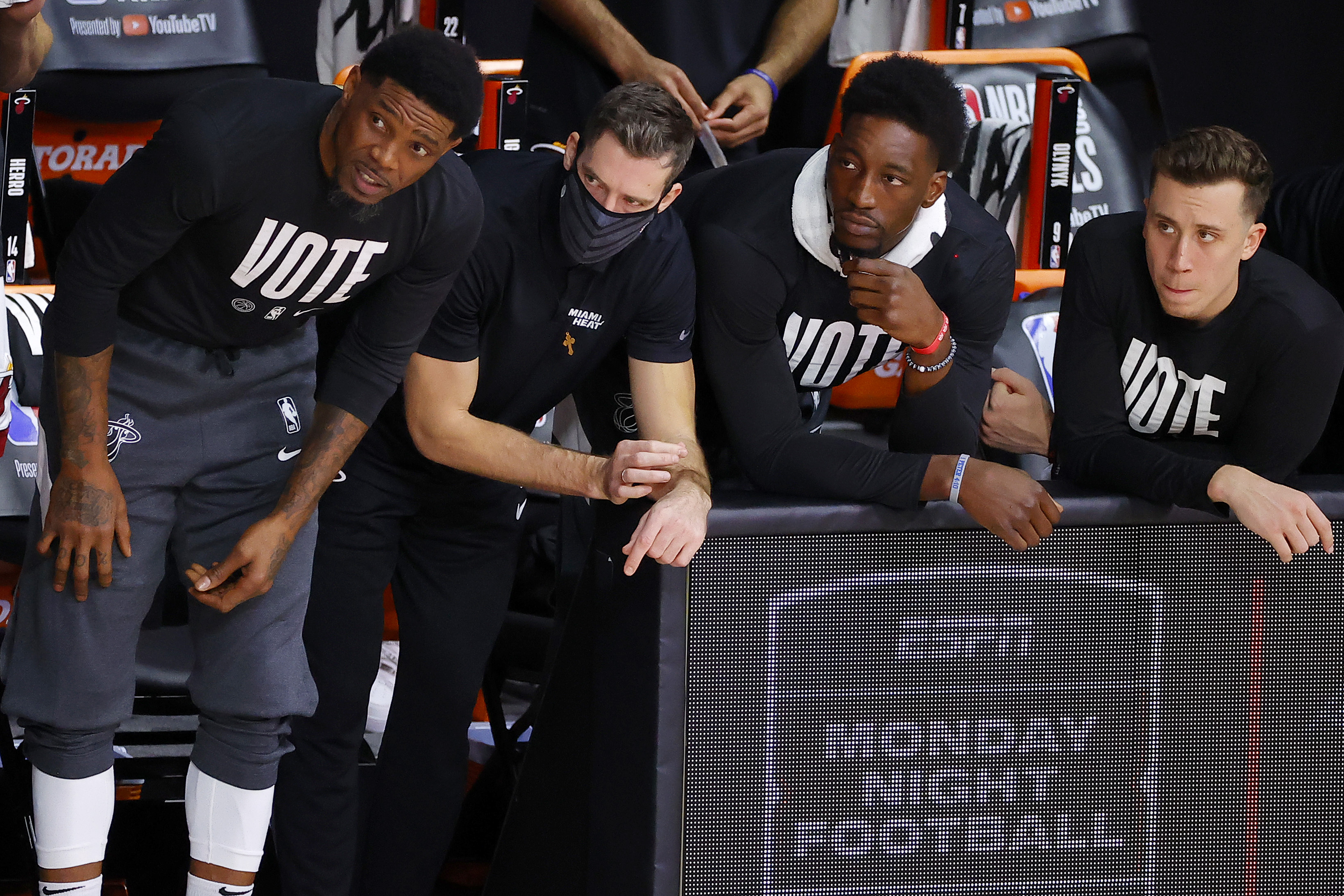 Miami Heat president Pat Riley praised the Lakers’ title win but equally used the word “asterisk” when describing their six-game Finals victory – wondering what would have happened, had they been fortunate enough to utilise an injury-free roster during the series. Bam Adebayo (shoulder, neck) and Goran Dragic (torn plantar fascia) were sidelined, missing key minutes.

LeBron James and the Los Angeles Lakers excelled en route to this season’s NBA title in the Orlando bubble earlier this month, but Riley – and others besides him – were wondering what if.

Although he’s since clarified those comments, the 75-year-old was asked about their Finals defeat during an interview with the Miami Herald.

Having praised them for beating Miami “fair and squarely,” he questioned what may have happened with two of their stars fit and 100% throughout the series. When reflecting, he said:

“I would like to see what it would be like with everybody whole. We’ll get our chance again. The Lakers have the greatest player in the game in LeBron and Anthony Davis.

They beat us fair and squarely. But there will always be that asterisk; if we had Bam and Goran 100 percent – Goran was our leading scorer [entering the Finals] – it might have gone to a seventh game.”

This was something I covered at the time too, but there’s never really a team fortunate enough to have all their players 100% fit – some have niggling injuries and notable absentees, like the Lakers themselves.

Heat weren’t the only unfortunate team with injuries

It’s not to say a full-strength Heat side couldn’t beat this Lakers side in a seven-game series, we’ll never know. You could say the same thing about last season’s Warriors – missing Kevin Durant and Klay Thompson – against a surprise package in Toronto.

Avery Bradley, a valued contributor at guard for the Lakers during the regular season, opted out of the resumption given his concerns over the pandemic and personal family situation.

Sure, his absence wasn’t as impactful in the long run as the Adebayo-Dragic combo, but you get the point. Everyone had issues to overcome – Milwaukee lost MVP Giannis Antetokounmpo (ankle) midway through the Heat series defeat, but didn’t make excuses. They underperformed.

Boston missed Gordon Hayward (ankle) against Miami, while Indiana didn’t have Domantas Sabonis (foot) either. Ultimately, injuries are part of the game and an occupational hazard.

Riley’s comments aren’t wrong, but backtracking on them because of how they’re portrayed in the media isn’t exactly a good look. Either stand by what you’ve said, or don’t say it at all.