A look ahead to a pair of MD2 group stage fixtures as the Champions League continues today. Lokomotiv Moscow host defending champions Bayern, while Atletico Madrid hope to bounce back from their humbling 4-0 defeat last week when hosting Red Bull Salzburg in Group A.

Fresh after a 5-0 thrashing against Eintracht Frankfurt on Saturday, Hansi Flick’s Bayern face a trip to Moscow on Tuesday evening. Next up in Group A of this season’s group stages is an early kick-off against Russian side Lokomotiv Moscow, who drew 2-2 with Red Bull Salzburg on MD1.

Can Marko Nikolic’s men surprise the competition’s defending champions, or will it be business as usual for Bayern? On MD1 last midweek, Lokomotiv scored first through Éder – the Portuguese forward’s the second goal of 2020.

Yet goals from Dominik Szoboszlai and Zlatko Junuzovic saw their lead overturned early in the second-half. They needed substitute Vitali Lisakovich’s equaliser to help rescue a point, but could’ve easily lost all three in truth.

It’s imperative they’re clinical against Bayern, who are experts at soaking up pressure and punishing teams for not seizing opportunities. Just ask Atletico.

They started fast, pressed aggressively and created a handful of promising half-chances in Munich last week. It didn’t last, losing 4-0 against a ruthless Bayern side who didn’t even require Robert Lewandowski’s goalscoring heroics.

The same couldn’t be said on Saturday though. While Lokomotiv lost 2-1 despite dominating against Rotor Volgograd, Lewandowski had a hat-trick in 60 minutes against Frankfurt.

He and MD1 star Kingsley Coman were among those substituted, with an eye on their trip to Russia clearly in Flick’s mind.

Alphonso Davies (ankle) limped off after three minutes and will be sidelined for 4-6 weeks, while Bouna Sarr impressed in his Bundesliga debut last weekend.

It’ll be interesting to see who retains their place as they look to extend an impressive UCL statistic this week – unbeaten in the group stages since a 3-0 defeat by PSG in September 2017.

Lokomotiv are underdogs in their maiden H2H clash against the German champions, but also have nothing to lose.

With players like Vedran Corluka and summer signing Francois Kamano in tow, they may provide a tougher test than Atletico ultimately did. Will it matter much though? 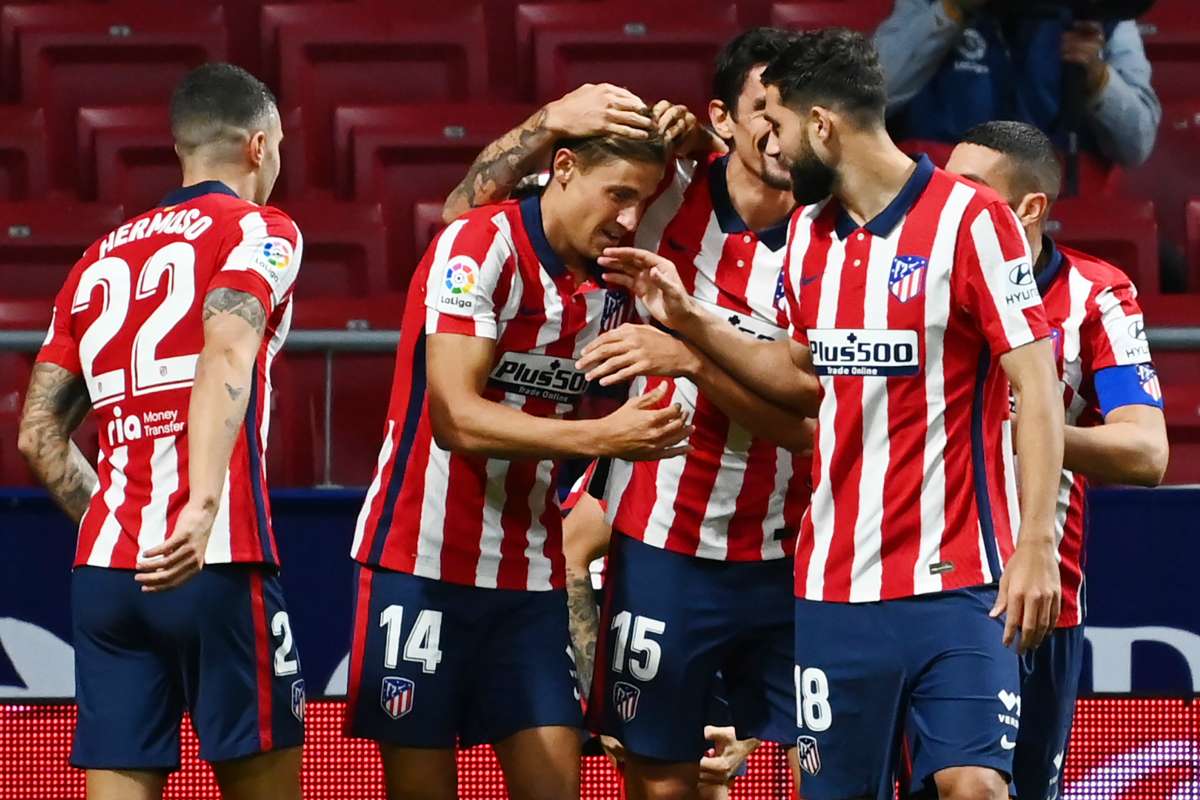 Shortly after Lokomotiv-Bayern concludes on Tuesday, Atletico Madrid and Red Bull Salzburg will be targeting their first Champions League win of 2020-21 in an intriguing Group A clash.

Salzburg relinquished a slender second-half lead to share the points against Lokomotiv last weekend, while Atletico left ruing their missed opportunities at a ruthless Bayern.

Can either side turn last week’s frustrations into a big result here?

Diego Simeone made four changes to the side swept 4-0 by Bayern on Wednesday and they were 2-0 winners against an unpredictable Real Betis on Saturday.

Luis Suárez and Marcos Llorente both had a goal each, at opposite ends of an eventful second-half. Martin Montoya was sent off after VAR ruled his challenge was a last-man tackle, while Yannick Carrasco limped off injured.

The Belgium international, 27, was their best player at the Allianz Arena and with more cutting edge in the final third, would’ve had a goal or two to show for his efforts. They’ll be hoping it’s just a knock, as he’s not listed among their injury list for this upcoming fixture.

Sime Vrsaljko (muscle) and Diego Costa (hamstring) remain sidelined, while Saul and Jose Gimenez are both doubtful to feature here. That news will come as music to Salzburg’s ears, given their current form and ability to surprise top-tier opponents in recent seasons.

Their last competitive defeat came on March 2 in a 3-2 defeat by Rheindorf Altach. They’ve played 23 games across all competitions since then, including a two-legged UCL playoff win over Maccabi Tel Aviv last month.

If anyone is well-equipped to deal with Atletico, it’s Jesse Marsch’s side. Packed with pace on the counter-attack and technical ability in midfield, they have a healthy balance that could prove troublesome for Simeone’s side.

Atletico remain a stronger side on paper and will be eager to right last week’s wrongs with a statement performance here. Salzburg could provide another tough test so I’m going safe by predicting there will be goals in this one.