A look ahead to three group stage fixtures from MD2 as the Europa League continues on Thursday. Bayer Leverkusen are among the sides targeting successive UEL victories when they travel to Sparta Prague next, while Premier League sides Leicester and Tottenham hope to build on slender top-flight victories away from home comforts in Greece and Belgium respectively.

Maddison was on the scoresheet as Leicester were comfortable winners vs. Zorya Luhansk on MD1

After earning a smash-and-grab victory over Arsenal at the Emirates on Sunday, Leicester brace themselves for a trip to Greece with a determined AEK Athens side their next Europa League test.

Jamie Vardy returned from a calf injury to extend his goalscoring record against the Gunners, while there were impressive displays by Youri Tielemans and new signing Wesley Fofana.

With that in mind, will Brendan Rodgers rotate the pack on Thursday or largely keep things the same against an AEK team who lost rather convincingly away to Braga on MD1?

It seemed inevitable, but Vardy came off the bench to score his 11th goal in ten appearances against Arsenal on Sunday – only Wayne Rooney (12) has more against the Gunners.

The finish itself was relatively straightforward too, after Youri Tielemans’ defence-splitting pass fed substitute Cengiz Under. He broke into the box unmarked and cut the ball across goal for their top marksman, who made no mistake to stroke home his sixth top-flight goal of the season.

Tielemans and Under will expect to start on Thursday. Vardy meanwhile, will likely be monitored and rested as a precautionary measure with the possibility of injury aggravation possible.

That paves the way for Kelechi Iheanacho, an unused substitute in north London, to continue where he left off last week. He had a goal and two assists during their 3-0 win over Zorya Luhansk and is enjoying a renaissance with the Foxes after reports suggested he’d be sold last summer.

The same goes for James Maddison and Harvey Barnes, albeit for different reasons. Maddison signed a new four-year extension in August, ignoring transfer speculation – while Barnes was linked with league champions Liverpool over the summer.

Leicester have an ever-growing core group of determined players attracting interest and it’s one that will relish facing AEK – winless in three before Sunday. 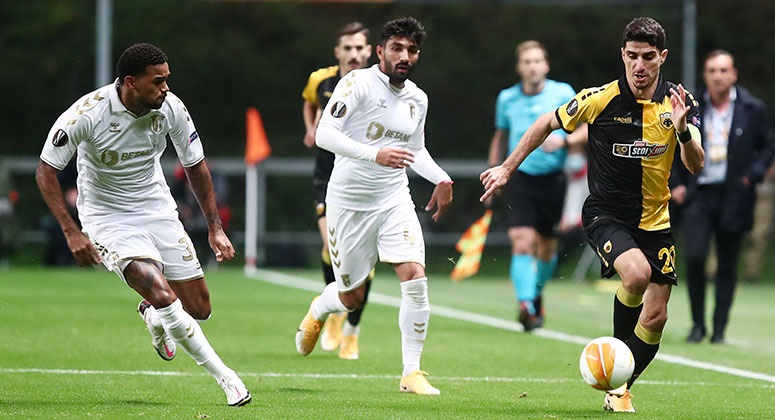 They squeaked past PAS Giannina after Karim Ansarifard’s first-half penalty.

The Iran international, 30, is clearly staking his claim to start against Rodgers’ men after being hooked shortly after the hour mark during their Braga defeat last week.

It’s easy to forget Leicester should really be in the Champions League, not Europa League, given their domestic achievements pre-lockdown last season.

Group G is winnable and as such, this away trip is a necessary test for them ahead of their big double-header next month – MD3 and 4 against Braga. 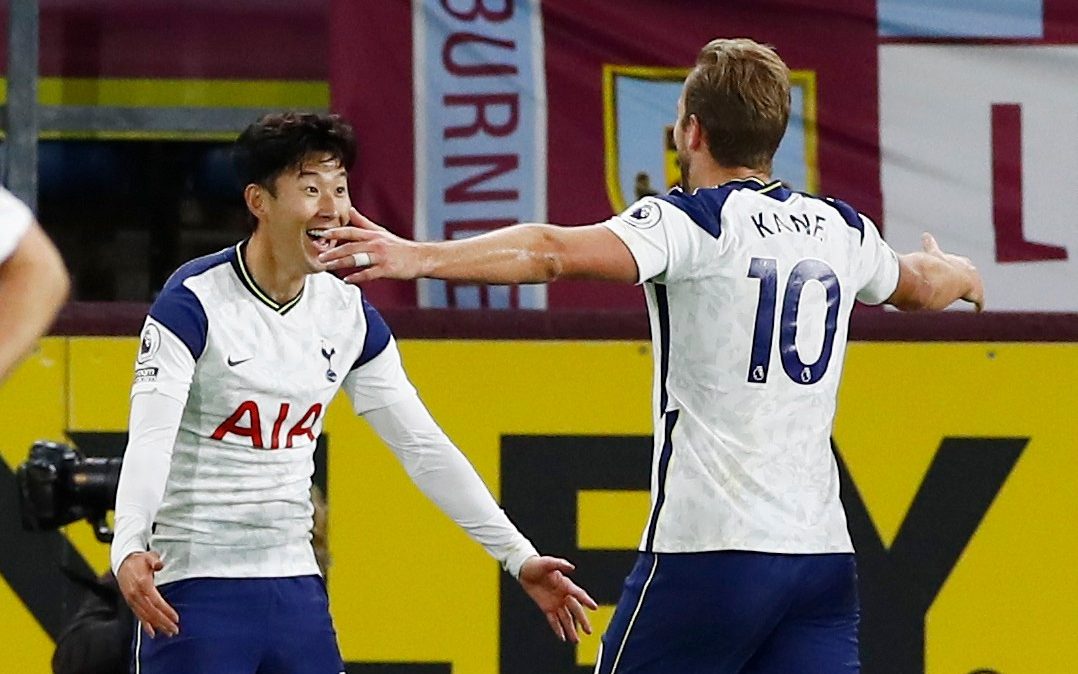 Tottenham had to dig deep en route to a 1-0 away win over Burnley on Monday evening and face a quick turnaround in Belgium three days later. They face Antwerp next, with both sides winning their opening Group J matches last Thursday in a competitive Europa League group.

Can Jose Mourinho’s side extend their ten-match unbeaten streak across all competitions, or will a determined Antwerp side send them back to north London empty-handed?

Heung-Min Son and Harry Kane combined for Tottenham’s winning goal, 76 minutes in, to a gritty affair at Turf Moor against Sean Dyche’s Burnley side.

If you’ve kept an eye on Spurs in recent months, you won’t be surprised. If you haven’t though, the Son-Kane combination has been both potent and influential to Mourinho’s attack.

From their 16 Premier League goals scored so far this term, the pair have been directly involved in 13 (81%) and that’s perhaps why the Portuguese rotates so heavily in the Europa League.

Carlos Vinícius (on-loan from Benfica) had two assists against LASK last week, while Gareth Bale made his first start since sealing a surprise loan switch from Real Madrid last month.

Much has been made of Dele Alli’s absence from the travelling squad, but it’ll be interesting to see who Mourinho selects against an Antwerp side unbeaten in their last six matches.

They avoided dropping points against Beerschot after relinquishing a two-goal lead courtesy of Dieumerci Mbokani’s composed finish on the counter-attack. 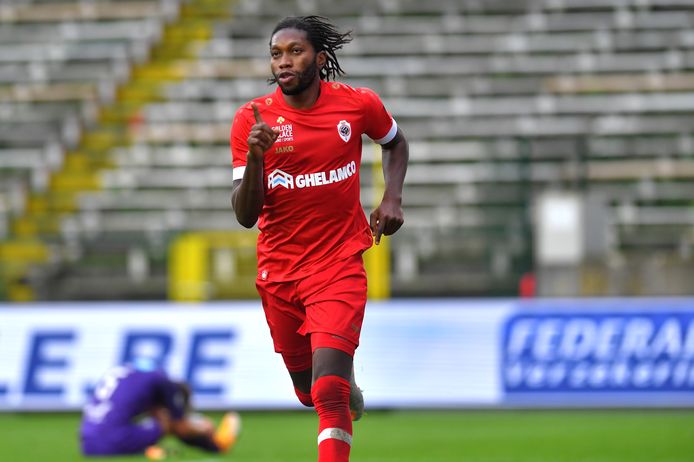 Mbokani was among the goals as Antwerp avoided defeat against Beerschot last week (Picture: AD.nl)

Set up by Aurelio Buta, he took one touch to set himself and another to slot into the bottom corner with aplomb – his fourth of the campaign.

Antwerp are top of Belgium’s Pro League for a reason, but Mourinho’s men will back themselves to emerge victorious against an inferior side on paper. Will they though? I’m predicting so.

After three successive Bundesliga draws, Bayer Leverkusen have won three straight (all comps) and now face an away trip to Prague on Thursday evening.

Slavia Praha will be determined to respond accordingly after a 3-1 away defeat by Hapoel Be’er Sheva on MD1, but can they deliver a much improved display against better opposition here?

Nicolae Stanciu could be forgiven for believing his introduction had helped spark a spirited second-half comeback for Slavia Prague.

The Romanian midfielder, on as a substitute after the half-time interval, fizzed an inviting ball across the box for Lukas Provod to slam home an equaliser with 15 minutes left.

Ultimately though, Slavia’s defensive woes and lack of communication proved costly late on.

With 18 shots (seven on target), 69% possession and a couple of big chances missed, Slavia were their own worst enemy. They can’t afford to produce a similar display across both ends of the pitch if they’re to beat a dangerous Leverkusen side here.

Nice were swept aside in a 6-2 thrashing on MD1, while Peter Bosz’s side have scored 19 goals in seven competitive matches since their UEL quarter-final defeat by Inter in August.

Thursday presents the first meeting between these two sides and even with multiple injury absentees, B04 will fancy their chances.

Lars Bender (neck), Tin Jedvaj (illness), Charles Aranguiz (muscle) and Patrik Schick (hamstring) are among those sidelined until next month with respective problems.

Lucas Alario was again on the scoresheet with a brace during their 3-1 win over Augsburg on Sunday, so watch out for him. The Argentine has scored in three successive games for the first time in his career and would love to improve upon that statistic against a vulnerable backline.

Considering the way Slavia Prague threw away a potential point – or three – last week, it’s difficult for me to envisage them delivering anything more than an admirable losing effort here.

As such, I’m expecting a few goals to be scored – over 3.5 seems fair.

Other uel md2 fixtures are as follows: (8pm unless stated) 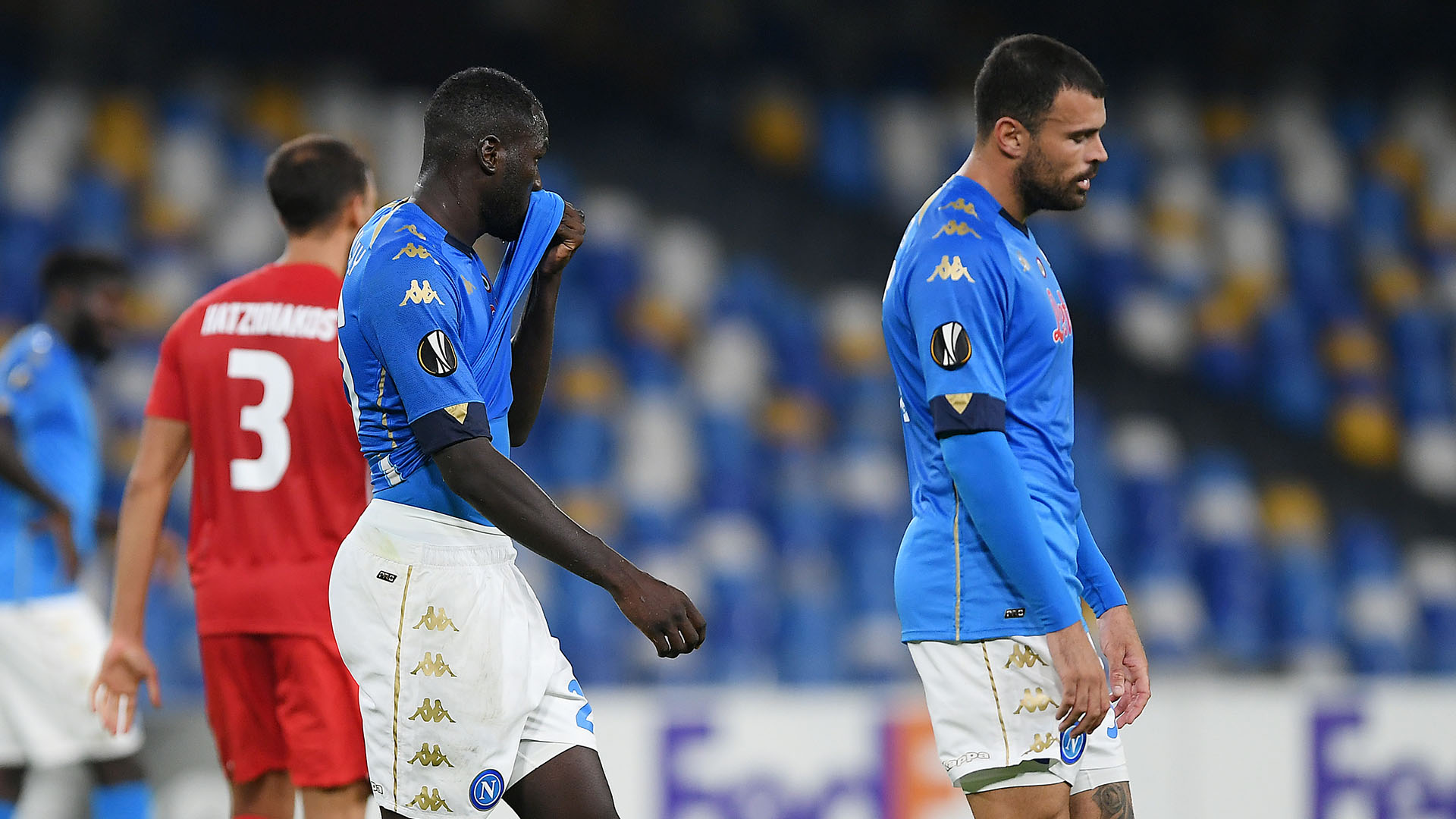