Less than two weeks since her impressive first-round stoppage to beat no.1 ranked flyweight contender Katlyn Chookagian on Fight Island, the former strawweight champion has confirmed she doesn’t mind fighting a few more times before ultimately justifying her shot at the 125lb title and instead remains realistic about her prospects in the division going forward.

It was an impressive statement of intent, as Andrade blasted away any suggestions Chookagian’s physical advantages would help her ease to victory. Instead, she negated them quickly and made the now #2 ranked flyweight crumble onto the mat with agony during their swift matchup.

Vicious body shots were the cause but Andrade’s ascent atop a new division isn’t one that will see her skip other deserving title contenders in the short-term.

She’s in no rush to become a two-division champion and as evidenced by her interview with Combate, knows that there’s a ladder where patience will see her rewarded in the long-term.

“I believe this is the way. It’s a ladder, one more fight then maybe I could fight for the belt. I have to fight those girls who are already in line, I can’t dispute that. I know what it’s like to wait in line, to think your time has come, only for another person to come along and skip over you. It’s rough.

I’m sure the UFC will pair me up against Calvillo or Murphy next. We still need to wait for the result between Valentina and Jennifer too. The champion will probably want to take [a] break too – it’s exhausting going through a camp. Until all of that happens, it’ll be a while.

The UFC will probably have booked one or even two more fights for me. Who knows, I might have two more before the belt.”

What’s next? Murphy and Calvillo also in the title mix 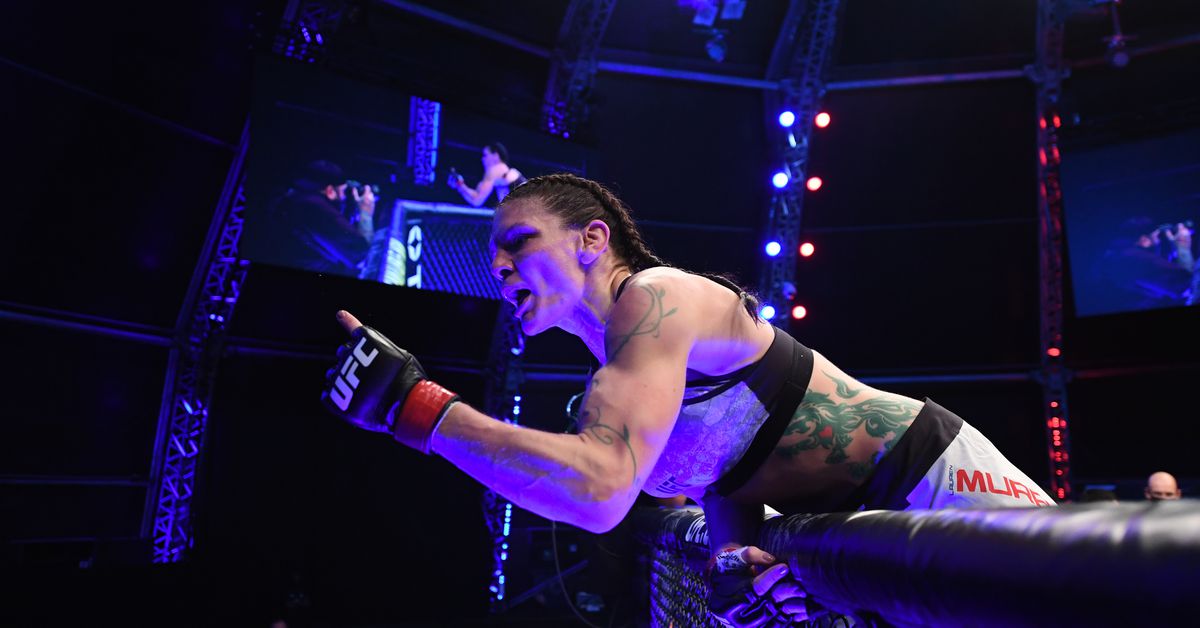 Murphy (#5) and fellow flyweight newcomer Calvillo (#3) were scheduled to fight on the main card at UFC 254 last week, before the latter tested positive for COVID-19 in October.

Murphy was impressive enroute to beating promotional newcomer Liliya Shakirova with her first career submission victory to date, before calling for a title opportunity immediately afterwards.

Yeah I’m a bit salty I couldn’t compete tonight but who wouldn’t be after putting in a 9week camp just to have it fall apart last minute. #UFC254 congrats to Lauren. I’m just being a hater 🤷🏽‍♀️

It seems as though the Murphy-Calvillo pairing could be made again, between now and the early months in 2021, to decide the title’s next challenger.

Before this month’s statement TKO win over Chookagian, Andrade was on a two-fight losing streak after defeats against Weili Zhang in August last year and Rose Namajunas this past July.