After a year plagued with injuries to star players, Golden State want to surround their multiple-time All-Star trio Steph Curry, Klay Thompson and Draymond Green with the supporting cast capable of contending for another championship: both next season and beyond. Among those they’ve been linked with, is Phoenix’s Kelly Oubre Jr – who has a year left on his existing deal.

As I reported at the time, he sustained a torn meniscus in his right knee. Phoenix still enjoyed an unforgettable run in the Orlando bubble, but also ultimately missed out on playoff contention.

They don’t want to help a Western Conference rival in Golden State – who are bracing themselves for a year of change in 2020-21. However, the 24-year-old’s contract doesn’t help their flexibility.

“The name that keeps popping up when you talk to people is Kelly Oubre. Can they get him in? What would they have to give up? They have the trade exception for Andre Iguodala as well that expires here in a little bit.”

What the Warriors need, and what stands in their way

Simply put, the Warriors need versatile wings who can defend multiple positions and are capable of shooting the ball at a consistent clip. Oubre fits into that category well.

He’s not yet into his peak years – turns 25 in December – and has steadily improved since being traded by the Washington Wizards two years ago. 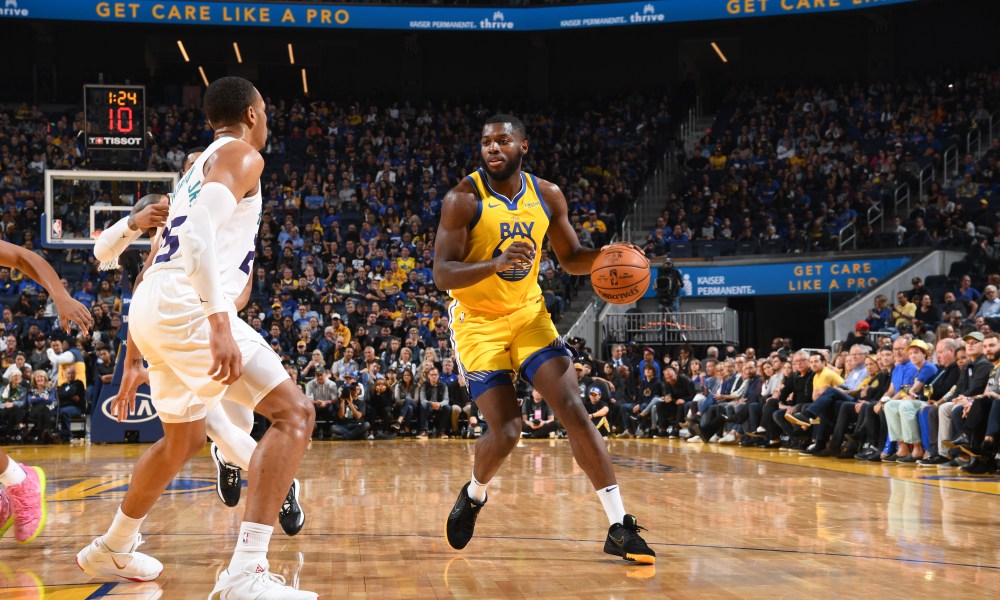 If you look at the Golden State roster as it stands, no real names stand out besides the aforementioned star trio.

Eric Paschall acquitted himself well during his rookie season, while many believe this is Andrew Wiggins’ final opportunity to justify such hype about him. He’s 25.

Glen Robinson III’s departure for the 76ers means besides the aforementioned pair, their other wing option is previously undrafted Juan Toscano-Anderson. They need more quality.

That being said, it won’t be easy to capture Oubre until he is on the open market. They have the $17.2m trade exception (via Iguodala) to use, but will only use it if a special circumstance arises.

Phoenix will presumably want a pick swap or other assets before letting Oubre go, something Golden State doesn’t have in unlimited supply. They exhausted most of their reserves to capture Wiggins in the D’Angelo Russell trade deal eight months ago.

It’s unsurprising to see them linked with Oubre given his ability and potential availability.

Seeing as he’ll earn $15m this coming season, it seems they’ll be attached to multiple more trade targets before actually acquiring one as the draft and free agency period edges closer.