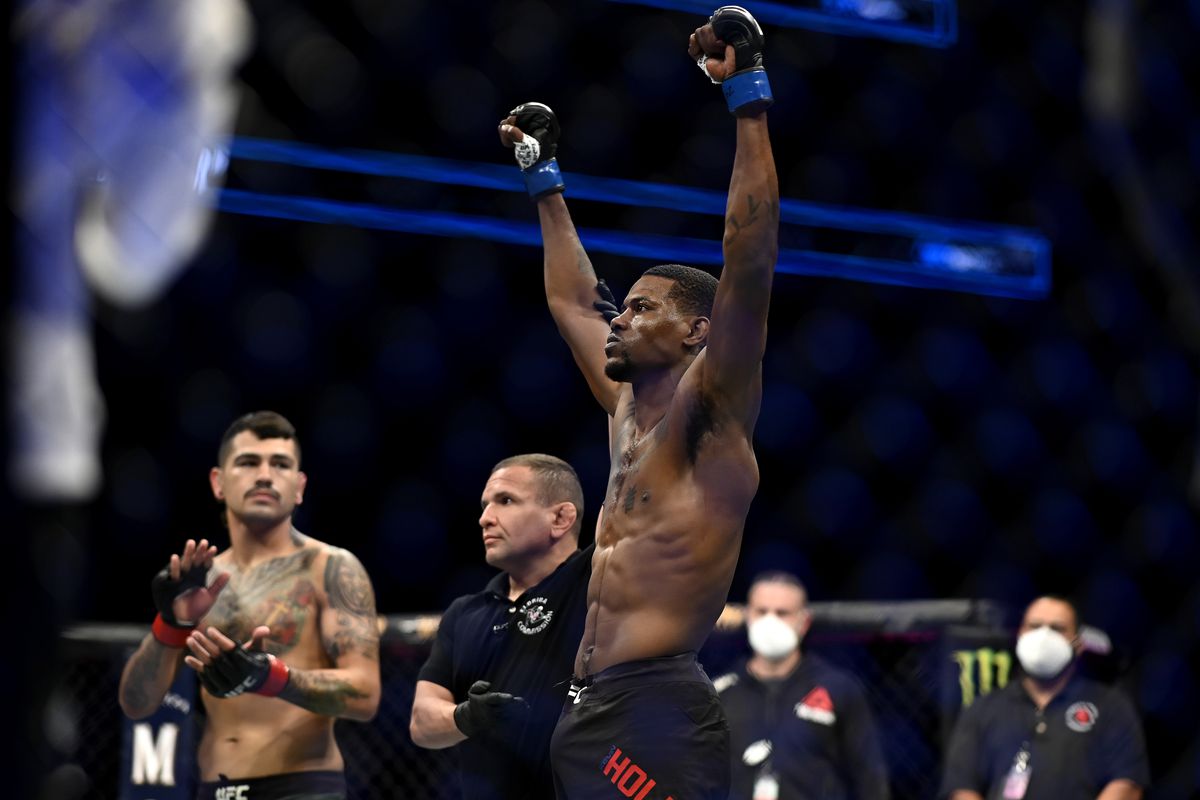 After an already busy 2020, middleweight prospect Kevin Holland is set to seize a golden opportunity against #4 ranked Jack Hermansson on short-notice after reports today emerged that Darren Till (#6) pulled out of their Dec. 5 main event matchup with an undisclosed injury.

In a clash billed as an intriguing showdown between two top contenders, Hermansson-Till was originally pencilled in to headline the December 5 card. The ever-ready Holland has stepped up, as per ESPN’s Brett Okamoto on social media earlier this evening.

Breaking: Injury has forced Darren Till out of his UFC Fight Night main event against Jack Hermansson on Dec. 5 in Las Vegas. Kevin Holland steps in as a replacement. pic.twitter.com/8R5V0yk4Vc

It’s certainly a risk from Hermansson here, but considering he was already in training camp with less than a month before fight night, his eagerness to compete again this year is understandable.

Hermansson’s reps say they sought a ranked replacement, but several of them turned it down and Hermansson was determined to get one more fight in before end of the year. Holland looking to become the first middleweight in UFC history with five wins in a single calendar year.

He’s enjoying a four-fight win streak and has earned Performance of the Night bonuses in two of his three subsequent wins since blitzing Anthony Hernandez on the Overeem-Harris card in May.

Adesanya, slated to face new light-heavyweight champion Jan Blachowicz next in early 2021, was disappointed with Holland’s brash comments towards him immediately after victory.

However, the champ also revealed during a subsequent interview that he’s watching Holland with interest. Listen to his comments in full here:

Robert Whittaker (#1) is unhappy with the sport’s politics, but told reporters he wants to spend family time without worrying about fight prep after a UD win over Cannonier (#3) last month.

It means a Holland win easily sees him fly into the top ranking spots, where title challenger Paulo Costa (#2) and Cannonier (#3) find themselves in awkward positions after their recent defeats.

He’s long been waiting for bigger challenges and Hermansson – with five wins in his last six – is a seriously tough challenge. He raced to a heel hook submission over Kelvin Gastelum (#8) in July.

Till did his reputation no harm despite losing a tense five-round clash against Whittaker back in July, so it’ll be interesting to see what the plan is for him once he’s fully recovered to start 2021.

Good luck to both guys.
I’ll be back next year.
I hope Kevin gets to showcase himself against one of the top guys of the division… he’s as game as they come ! https://t.co/slRehp4KjO

A lot has been said about Adesanya being booked as Blachowicz’s first title defence, with many critics believing it’d make more sense for the pair to defend their own divisions more first.

That’s a justifiable desire but even still, there’s plenty of storylines to follow within the middleweight division – whether Adesanya stays at 205lbs or not in the coming year.

#1 LHW contender Thiago Santos makes his return after a 16-month absence this weekend, against Glover Teixeira (#3) after the evergreen Brazilian blasted Anthony Smith in May.

There’s a feeling that with a masterful performance, the winner may leapfrog Adesanya into a title shot before him – otherwise this is essentially a title eliminator.