Jannik Sinner will wake up to see a career-high ranking upon his name on Monday, after becoming the youngest ATP champion in 12 years with a three-set win (6-4, 3-6, 7-6) over Canada’s Vasek Pospisil in the Sofia final earlier today. It wasn’t his best match, but he finishes the 2020 season on an unforgettable high that he’ll look to build upon in 2021 and beyond.

Having beating Alex de Minaur to win last year’s Next Generation ATP Finals last November, it perhaps comes as no surprise that the 2001-born Italian has finished 2020 strongly too.

He won 75% of his first-serve points (45/60), was able to withstand Pospisil’s 14 aces in two hours and 17 minutes to officially become and is the youngest man to win an ATP Tour title since Kei Nishikori’s 2008 Delray Beach Open, where he was a qualifier ranked world no. 244. 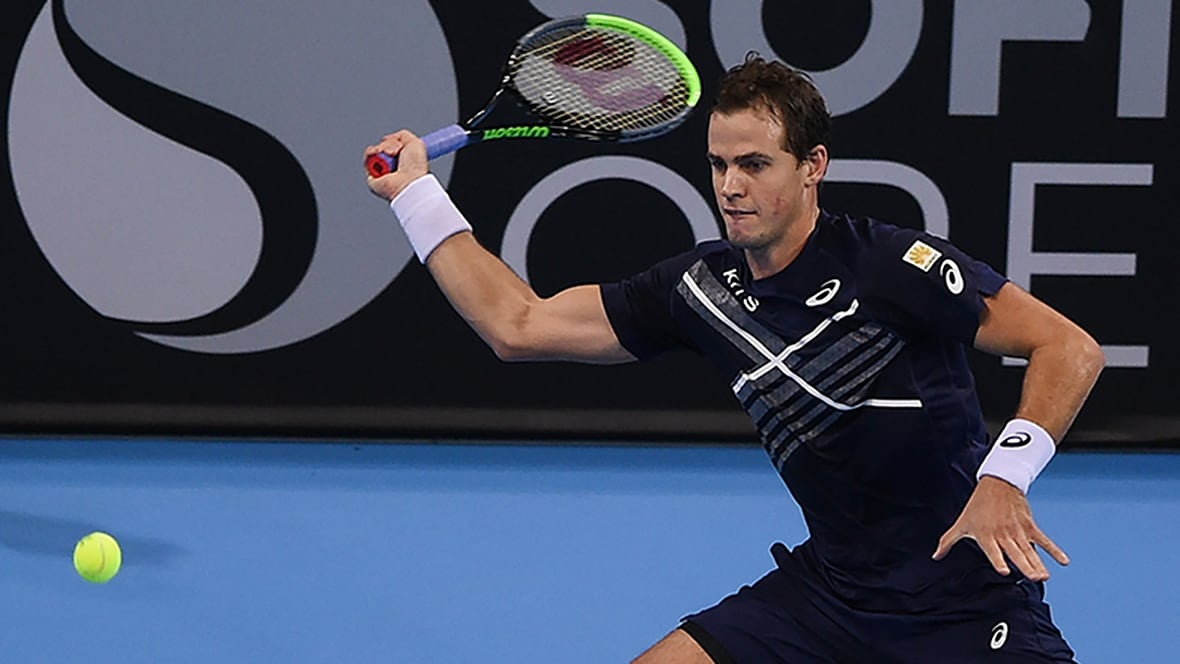 The victory means he’ll usurp the likes of Australian John Millman (#38) and Nishikori (#41) himself into 37th as far as the ATP rankings are concerned, when updated again on Monday.

The closest teenager to him in the rankings? It’s a fellow Italian in the form of Lorenzo Musetti (18), who sits outside the current top 100 at world no.127 at present. That just goes to show how good Sinner is, and he’s likely to continue that ascent in 2021.

What’s next? For Sinner and his young counterparts

I wrote a piece on Felix Auger-Aliassime’s never-ending pursuit of an ATP title and although it’s easy to get caught up in the discussion about his Canadian compatriot Denis Shapovalov (21), he’ll probably be tracking Sinner’s progression with keen interest as a motivating tool himself.

Stefanos Tsitsipas (22), Andrey Rublev and US Open finalist Alexander Zverev (both 23) are all featuring at this year’s ATP Finals, which starts tomorrow. It’s always interesting to see how they fare against the Federer-Nadal-Djokovic trident, though the former won’t feature through injury.

Tennis fans are all too quick to crown talented youngsters as the next best thing, but that isn’t the case with Sinner. An insistence on next-gen quality bridging the gap to their older counterparts hasn’t helped them in recent years at Slam tournaments either.

One thing is for certain: the pandemic has helped, not hindered, Sinner’s game. He’s a joy to watch, so effortless with his strokes and is capable of holding his own against top opposition.