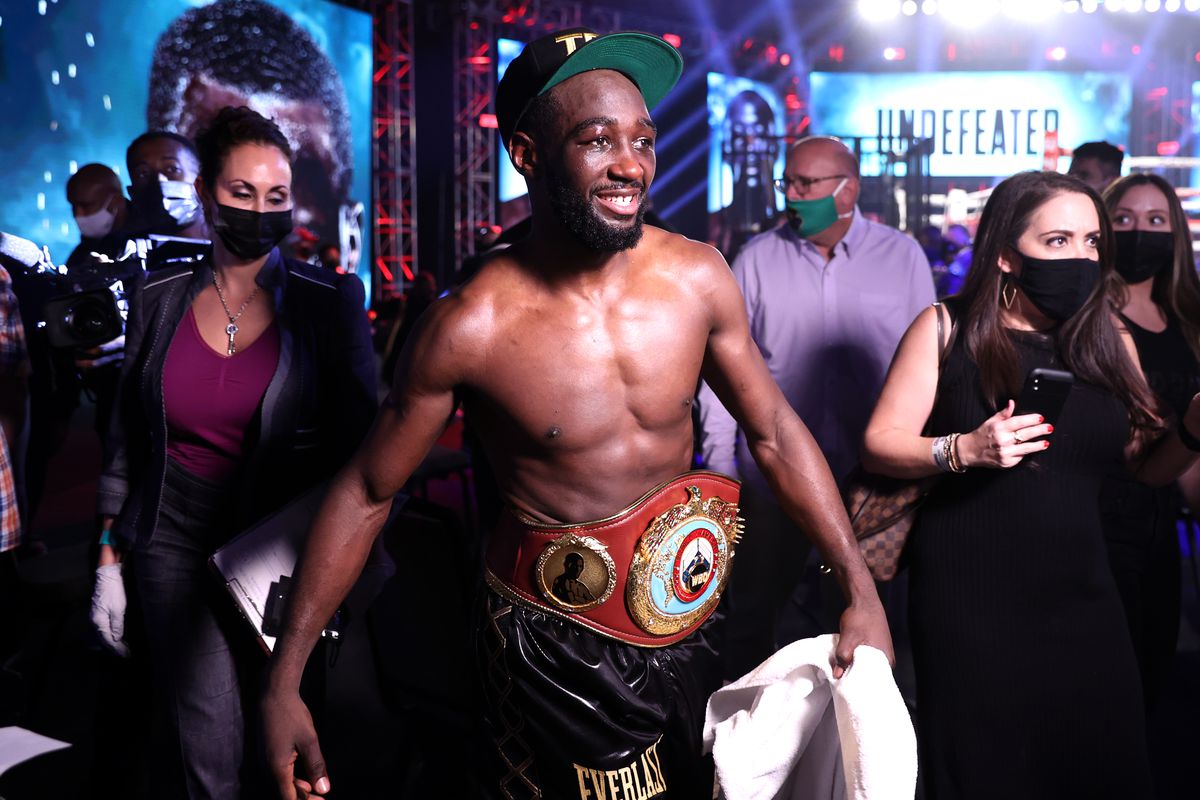 Terence Crawford (37-0, 28 KOs) believes his fourth-round knockout victory over Kell Brook has once again reaffirmed his standing as boxing’s best, pound-for-pound, in the world. The 33-year-old stopped Brook faster than both Gennadiy Golovkin and Errol Spence Jr did – the latter remains a reported future opponent. Nonetheless, he refused to compare the fights themselves.

It’s easy in hindsight to rubbish Brook as a talented yet flawed boxer on the cusp of retirement, thus diminishing Crawford’s weekend achievement at the MGM Grand Conference Center.

Whichever way you look at it, Saturday’s TKO win over a determined challenger with nothing to lose in Brook, was impressive and reinforced the belief among plenty that Terence is the best.

Crawford certainly believes so. As quoted by Boxing Scene, he said:

“You know, I showed why I’m considered the number one pound-for-pound fighter in the world.

Given my size, moving up two weight classes and stopping every opponent that I stepped in the ring with at welterweight, you know, that tells a lot.”

Despite that, he remains subject to criticism from fight fans who believe he hasn’t yet faced any truly elite welterweights since moving up.

“I don’t compare my fight and Spence fight the same. I don’t, styles make fights and we’re different fighters. You know, that’s like comparing my fight with Shawn Porter [against Brook] and the other, Triple G [against Brook]. I’m not gonna do it. The message is, you can’t judge a book by its cover.”

Plenty has been said about Crawford’s existing contract with Top Rank, that expires next year, after Bob Arum’s recent comments. Eddie Hearn and Dana White have both heavily criticised the 88-year-old, fuelling speculation that Terence will be a heavily-coveted free agent in 2021.

Immediately post-fight, he and Arum confirmed talks are ongoing to finalise a bout against WBA title-holder Manny Pacquiao (62-7-1) in early 2021 – somewhere which allows fans in attendance.

WBC and IBF champion Errol Spence Jr faces Danny Garcia on Dec. 5 and intrigue surrounds the bout – Spence’s in-ring return – after being hospitalised and remaining in the ICU for nearly a week having crashed his Ferrari at high-speed under the influence of alcohol last October.