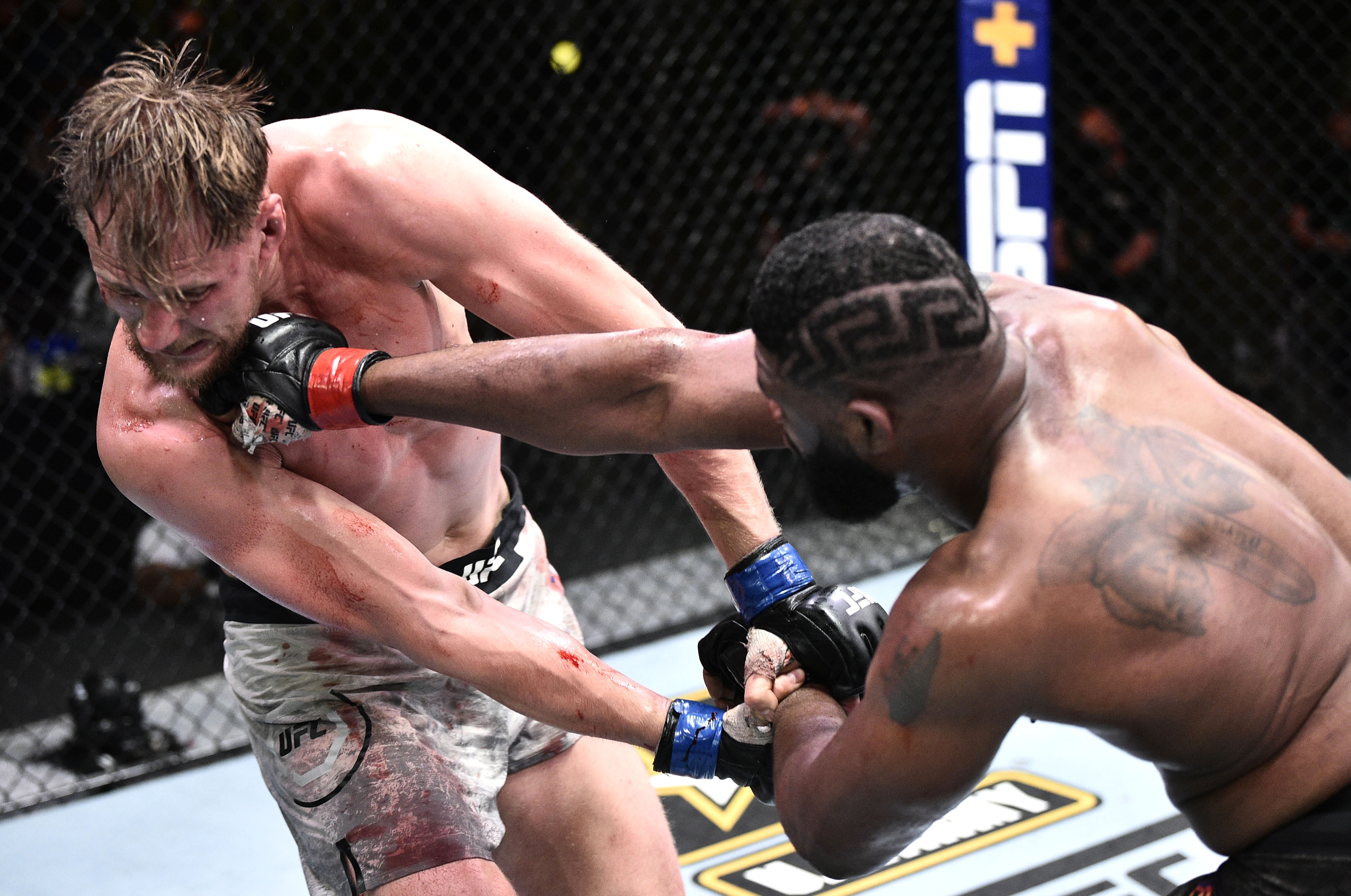 #2 ranked heavyweight Curtis Blaydes, slated to face Derrick Lewis (#4) during this weekend’s UFC Vegas 15 card this weekend, tested positive for COVID-19 and the bout will be rescheduled. Nonetheless, the 29-year-old had plenty of compelling comments regarding Jon Jones’ heavily-anticipated move up in weight and has a title shot on his agenda in the not-too-distant future.

Blaydes (14-2, 1 NC) is on a four-fight win streak, already fought twice in 2020 and headlined the UFC’s June 21 card with a whopping 14 takedowns en route to a UD win over Alexander Volkov.

Dana White revealed his unhappiness about Curtis’ performance over the summer, but this HW clash against Lewis was supposed to save a thin card as far as notable names are concerned.

Instead, #6 ranked light-heavyweight Anthony Smith hopes to snap a two-fight losing skid for the first time in his UFC tenure when facing the unranked Devin Clark in Saturday’s new main event.

Smith lost to Jones at UFC 235 last March and Blaydes doesn’t expect a divisional newcomer to interrupt his aspirations of becoming the UFC heavyweight champion sooner rather than later.

Francis Ngannou (#1) has made his own frustrations clear, as he feels his prime is being wasted waiting patiently on the sidelines for a second shot at Stipe Miocic’s heavyweight crown.

After two TKO defeats by him in a three-year span, Blaydes doesn’t need telling that Ngannou is next in line to face defending champion Miocic, but the earliest date for that is March 2021. 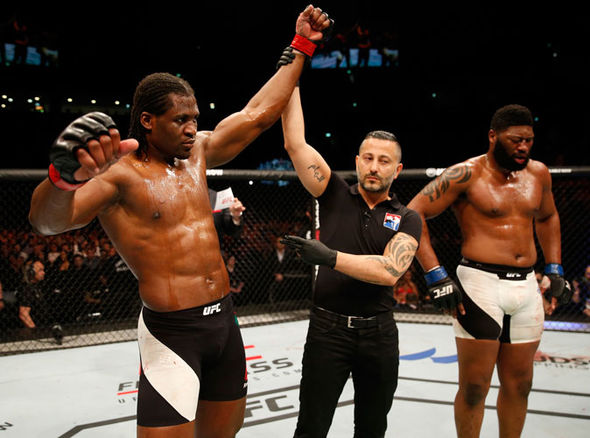 Reports suggest the Blaydes-Lewis matchup will be rescheduled for sometime next month, which is a quick turnaround considering his two-week quarantine period – but unsurprising.

If he wins that scrap, he believes he’ll be the next title challenger after Ngannou finally gets his wish for a rematch. Jones vacated his LHW strap earlier this year to move up in weight and as reiterated by my piece on his comments hyperlinked above, the step-up has been on his mind.

What did Blaydes have to say about jones’ reported hw pursuit?

During a recent interview with MMA Fighting, he had plenty to say:

“Is he really going to be a heavyweight? I see him on Twitter a lot calling out [Israel Adesanya], Ngannou asked for Jon a couple times and it’s been crickets. I don’t know, I think it’s a publicity stint – just like all these other times.

I don’t think he wanted to rematch [Dominick Reyes]. I know Dom didn’t perform up to his abilities against [Jan] Blachowicz but we all watched that fight against Jon. He lost [rounds] one through three.”

Many felt Jones was fortunate to retain his title during a gruelling five-round battle with Reyes back in February and there wasn’t any immediate interest in a rematch on his side either.

Blaydes believes his reticence to run it back was telling, especially given what’s at stake with both legacy and Jones’ future career trajectory on the line.

Outside of a gigantic payday, he does nothing for me. Anderson was the man to beat in that weight class, not him. The next biggest legacy move for me is Stipe and I want all the smoke https://t.co/eUW29mveJ5

“I think he’ll do it if there’s a favourable matchup because he knows heavyweight is a different game, we hit and move different.

Skill is good but if I get on top of you, I’m just heavy. Your strength, technique isn’t going to work. I’m just heavier and have added gravity. It’s a factor.”

Jones has posted pictures and videos across social media showing the muscle and bulk he’s added, in preparation for his long-awaited heavyweight debut. Although his physique is impressive, gaining weight doesn’t always translate to sustained success in the Octagon.

“I look at your legs first – those are not heavyweight legs, getting older and has been in a lot of fights.

He’s always got his hand raised but the accumulation of damage; the training, the years, he’s been in the game a long time. I don’t know if he wants to be in the game until he’s 40 – I don’t and have only been doing it eight years.”

Spoiler alert: it doesn’t look like Jones will be fighting until he’s 40 either.

Is that any way to talk to your superior Daniel? 😂 By the time I’m 40 I’ll be about five years into my retirement. That’s what happens when you win the big ones 🤷🏾‍♂️ Who knows maybe you’ll be the best high school coach who ever lived, pulling for you buddy

With all that in mind, which potential opponents are there left for Jones as far as legacy fights are concerned? He’s continually said he wants Deontay Wilder money to face Ngannou, Stipe is the champion but there’s a queue there, so besides them and Adesanya, there’s not much left…