Joe Joyce (12-0) silenced his critics to end Daniel Dubois’ 15-0 unbeaten record with an abrupt tenth-round knockout victory at Church House in Westminster, winning five heavyweight titles – including the WBC Silver and vacant European strap –  before calling out #1 ranked WBO mandatory Oleksandr Usyk (18-0) for a rematch that has been seven years in the making. 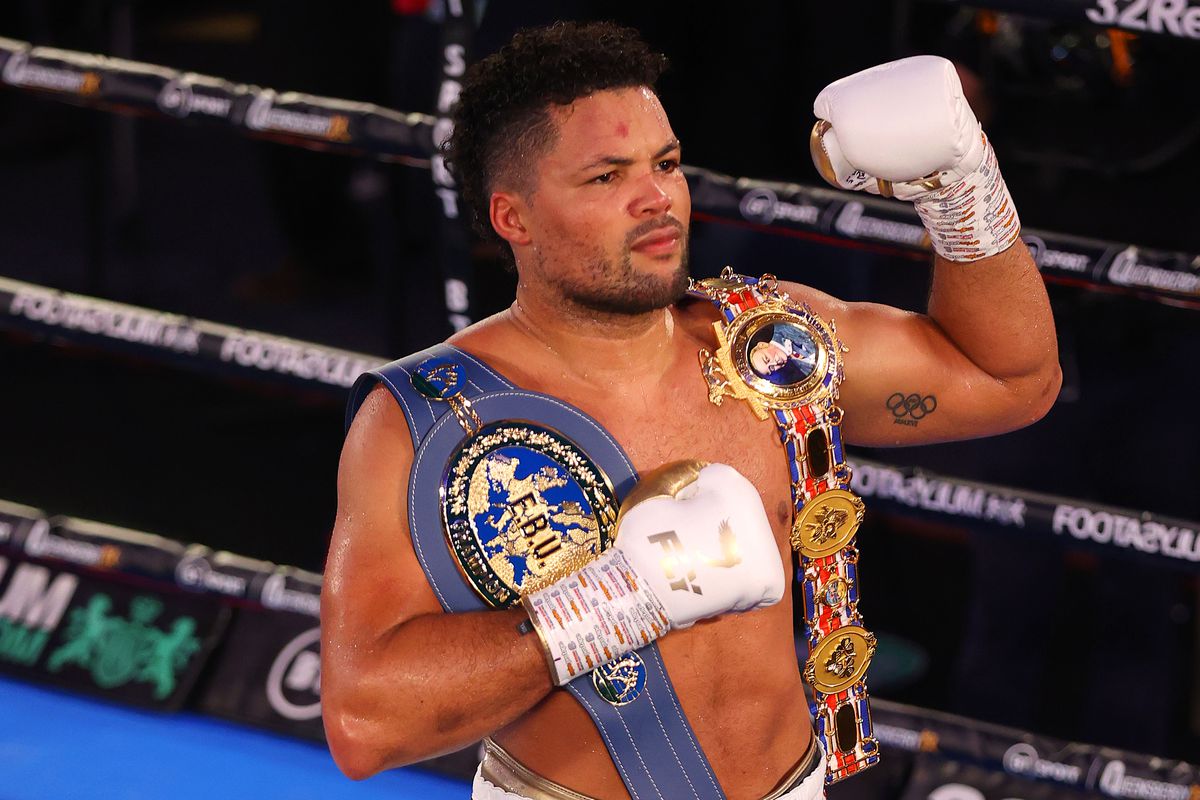 Joyce was a heavy underdog, silenced critics and called out Oleksandr Usyk after his latest victory

With a picturesque backdrop, a long-awaited domestic clash between two unbeaten boxers was always going to create intrigue and heighten expectations too.

“I always like to improve myself. It [boxing] means a lot to me, I want to show everyone what I can do, prove the doubters wrong and make some people a few quid at the bookies!” – Joyce pre-fight, during a BBC interview

Joyce described himself as a perfectionist and even without Cuban trainer Ismael Salas in his corner here, he would’ve graded himself harshly after taking more damage than he needed to.

Dubois’ ferocious punching power was certainly felt in spurts: rounds two, three, six and seven in particular – but like Joyce said in the build-up, taking those shots and returning fire was key here.

Joyce’s jab was lively all night, Dubois’ left eye increasingly weary as he ate far too much damage with limited head movement and found himself being picked apart at range.

Even still, no-one could’ve seen the anti-climactic ending which came early in round ten, especially the way it did.

Dubois was winning on two of the judges’ scorecards but took a knee after being hit square on his eye, which had closed by this point. An underwhelming and surprising finish to a tense duel.

📋 Clarification on scorecards for Joe Joyce TKO10 Daniel Dubois at time of stoppage. Appears egregious card was by five for Dubois, not eight…

This was billed as a fight that wouldn’t go the distance and, in fairness, it didn’t.

Bloodthirsty fans didn’t get the devastating knockout finish ala Povetkin-Whyte they wanted either – in what was a competitive, evenly-matched scrap for large periods.

How did Joyce win this battle? what did dubois do wrong?

Dubois said he has a granite chin but didn’t really get an opportunity to show that – such was Joyce’s continued success with the jab.

His lack of head movement throughout proved decisive, as Joe was able to weather the storm and you could see he visibly took strength from doing so.

From round one, Joyce was coming forward and took risks. Besides his awkward-looking movement early on, the approach was obvious: keep Dubois at range and nullify the jab.

After some encouragement from Martin Bowers in the corner, Dubois quickly closed the distance in R2 and made a purposeful start – landing a pair of clubbing right hands in the clinch.

He grew in confidence, pushing the pace and expending energy aplenty with more big punches landing in R3. Joyce continued jabbing well, while Daniel seemed prepared to stand and bang.

Criticism was widespread on social media about the pacing and conditioning of both by R5, but it’s heavyweight boxing so ebbs and flows come with the territory – especially in gritty moments like these. Dubois picked his punches more but Joyce had become content trading shots.

In R6, Joyce caught him clean with a slick right-handed counter punch as they exchanged in the pocket. If it wasn’t clear before, it certainly was now – Joyce utilising his reach advantage well.

Dubois’ eye was worsening by this stage, yet the commentators suggested he had another round in the bank heading into R7. He was uncomfortably content absorbing more damage, mind.

After another powerful start to the seventh, Dubois landed big shots but crucially, Joyce refused to waver. Instead, he landed a good one-two combination and walked through them defiantly.

It’s easy to forget Daniel had never gone a full twelve rounds before, so questions over his stamina and endurance were justified – once going 30 minutes against Kevin Johnson in 2018.

Dubois was warned twice for low blows in R8 by the referee, Joyce continued marching forward even as the 23-year-old’s jab accuracy was improving and he landed more clean shots too.

Joyce kept his distance in R9 and Dubois was frustrated by an inability to fight in the pocket as much as he wanted. However it allowed him to unload with sharp, infrequent bursts.

Problem was, Joe finished the ninth strong and there was a sense of foreshadowing between rounds as the camera focused on Dubois’ muffled comments to his cornermen.

Soon enough, we’d see what the issue was. A jab to that eye early in R10 caught Dubois flush and although delayed, he took a knee as the referee counted to ten. He could no longer continue. 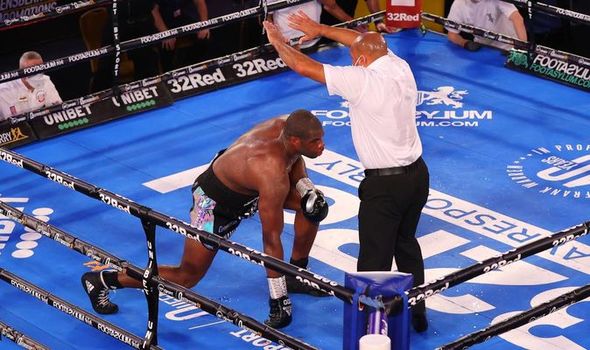 Why was Frank Warren so frustrated post-fight?

Warren, who next year celebrates his 40-year anniversary as a boxing promoter, has long described Dubois as the best young heavyweight he’s ever seen at this level.

When asked about him in a BBC interview this week, he said:

“Will he get better than that? Ask me after Saturday night.”

Truth is, whether you believe he quit or not, the answer isn’t quite clear. He landed the cleaner shots and was three rounds away from a decision victory against an Olympic silver medallist.

They were going back-and-forth and it feels reactionary to suggest Joyce would have won those final nine minutes, even with Dubois’ eyesight worsening with every jab landing.

That’s part of the reason why Warren was more than happy to suggest a rematch – which felt disrespectful, immediately after Joyce’s biggest win. Regardless of who won here, the loser was always going to be heavily criticised – it’s the way he lost, that really prompts questions.

David Haye on Joyce TKO10 Dubois: "I was very unhappy with the way he took a knee. I'd rather get knocked spark out."

Carl Frampton: "I think he quit, have to be brutally honest. His eye was closed, but I'd get dragged out of the ring, I wouldn't take a knee." [@BTSportBoxing]

Joyce simply couldn’t afford to lose. As someone with world title aspirations, at 35, he hasn’t got as much time to achieve that.

Dubois has plenty of time to bounce back just like many others have done in the past, but he won’t prevail against world level boxers fighting that style.

Was he pushed too soon? People are so quick to build athletes up, only to break them back down again, so I think it’s too early to say. However, there will be an inquest into the way he lost.

There’s an unwritten rule in combat sports about the phrase dying on your shield – but just ask Kell Brook how sustaining excess damage can be for a boxer’s longevity, let alone their health.