Read on for two Champions League MD6 match previews ahead of a pivotal Group G clash between Spanish giants Barcelona and Serie A champions Juventus with top spot not yet confirmed, while Frank Lampard’s unbeaten Chelsea side expect to finish with a flourish when entertaining Russian side Krasnodar elsewhere tonight in Group E. Are we in for some surprises?

Barcelona vs Juventus: All to play for with top spot available
Kick-off: 8pm BST 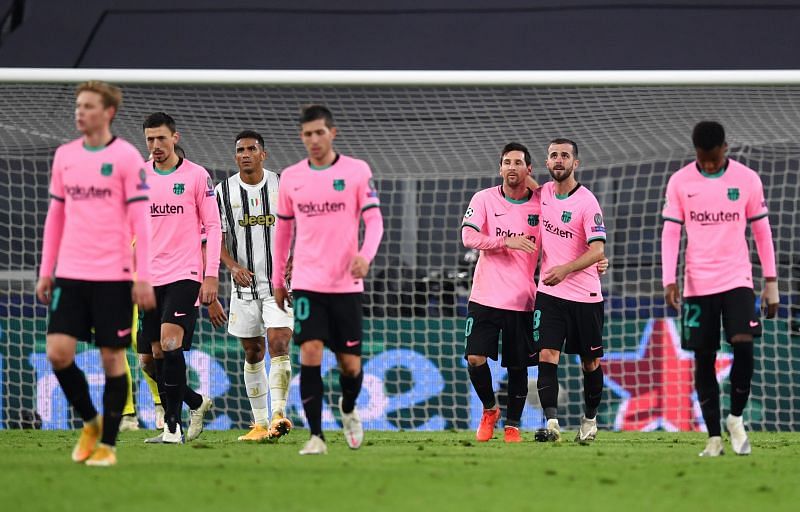 It was a case of contrasting results on Saturday, as Barcelona were stunned 2-1 away at Cadiz while Juventus left it late to shock Torino with a 2-1 win themselves in a frantic Derby della Mole.

Naturally, that adds intrigue ahead of Tuesday’s meeting at the Camp Nou where top spot and a more favourable last-16 knockout opponent in 2021 remains.

Can Barca complete the double over Juve after their 2-0 win on MD2, or will Andrea Pirlo’s side produce an emphatic display, ensuring the Blaugrana finish as group runners-up for the first time since 2006-07?

Lionel Messi completed nine successful dribbles, two key passes and was Barcelona’s best player as usual – but couldn’t stop them losing 2-1 away at Cadiz on Saturday.

I suggested the Argentine needed to, if they were to earn a result here.

Cadiz celebrate after earning an unlikely 2-1 win over Barca at the weekend (Picture source: 90Min)

They did exactly that, sit fifth on 18 points after 12 games and have relished the task at hand during a whirlwind campaign on their long-awaited return to Spain’s top-tier this season.

Questions predictably remain over Ronald Koeman’s Barca after another preventable result – they’ve lost four league games already and only played 10. It wasn’t long ago that Pirlo was already under scrutiny himself in Turin, after a stuttering start in September-October.

Since losing 2-0 at home by Barcelona on October 28, they’ve dropped points against Lazio and Benevento domestically, but won six of their eight matches and remain unbeaten in the league.

Barca wish they could say the same. Alex Sandro, Matthijs de Ligt and Cristiano Ronaldo were all sidelined with respective injuries during the aforementioned MD2 defeat, so with the trio available here, will this be different?

It’s a must-win game for Juventus, to prove their earlier loss was an anomaly – rather than a sign of things to come when the competition intensifies next year.

Barcelona are unpredictable at the best of times, so I’m predicting BTTS here.

Chelsea vs Krasnodar: Blues to rotate ahead of final matchday
KO: 8pm 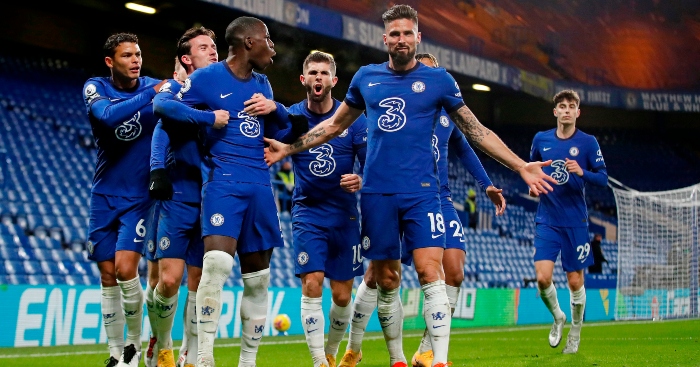 Chelsea celebrate their weekend win vs. Leeds, as supporters watched for the first time in nine months

Frank Lampard’s Chelsea head into Tuesday’s home clash with Krasnodar knowing that regardless of the result, they’ll top their Champions League group for the first time since 2015-16.

The Blues will probably field a rotated side after their 3-1 comeback weekend win over Leeds, with away games at Everton and Wolves in quick succession afterwards.

Krasnodar can mathematically only qualify for the Europa League’s knockout stages in 2021 but have unfinished business to settle here after losing 4-0 in Russia on MD2 in October.

You could excuse Chelsea’s returning supporters for drawing a collective sigh of relief when Kurt Zouma headed home his fourth league goal of the campaign.

Normal service had resumed. Funnily enough, the France international is their joint-top goalscorer after eleven matches with four, alongside summer signing Timo Werner.

Werner missed two big chances on Saturday, including one inches from goal which he somehow flicked onto the crossbar in the first-half.

Patrick Bamford, who spent five years in west London with multiple loan spells elsewhere, broke the deadlock after just four minutes against his former club. Edouard Mendy made a rare error, rushing off his line and subsequently being exposed by Kalvin Phillips’ piercing through ball.

Besides that, the first-half injury to Hakim Ziyech (hamstring) and another ineffective midfield display by Kai Havertz, it was an encouraging response by Lampard’s men.

Expect changes aplenty ahead of MD6 against the same Krasnodar side who have swept aside in October.

Jorginho missed a first-half penalty, but there were four scorers during a memorable night in Russia: Callum Hudson-Odoi, Werner, Ziyech and Christian Pulisic off the substitutes’ bench.

Permutations aside, Lampard will expect another three points here.

Krasnodar should perform better than previously, but it probably won’t be enough to inflict the Blues’ first home loss since Liverpool were 2-0 winners in late September.