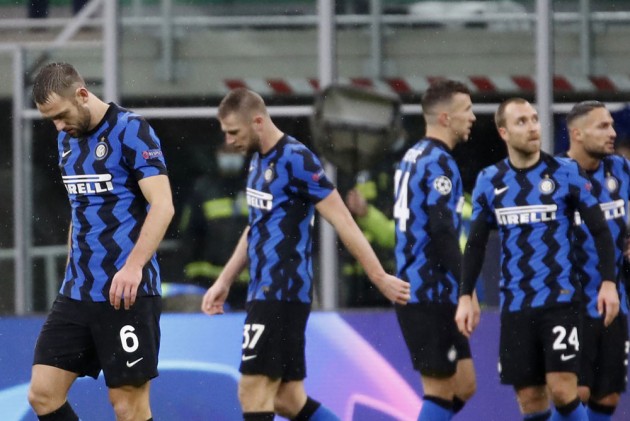 Read on for Sunday’s two previews across Europe’s top leagues – Inter return to league action after their disappointing Champions League result in midweek, while Ligue 1 leaders PSG hope to create separation between themselves and title-chasing Lyon in an intriguing evening clash.

Cagliari vs Inter Milan: Wounded Inter with an early away trip
Kick-off: 11.30am BST 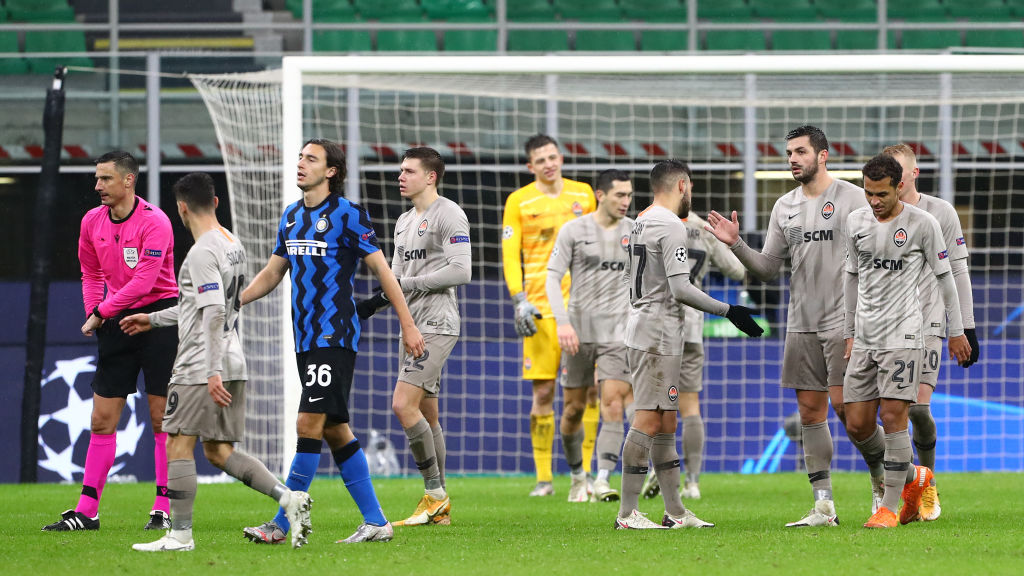 Inter were dominant but without reward at home against Shakthar, finishing bottom of Group B

Inter only needed a goal against Shakthar Donetsk to punch their ticket into the Champions League’s knockout stages for the first time since 2011-12.

They huffed and puffed but couldn’t breach the Ukrainians’ backline, meaning they have finished bottom of Group B – missing out on European knockout competition altogether.

Antonio Conte’s men don’t have long to lick their wounds after that draw either, travelling to face an unpredictable Cagliari side in mid-table during an early kick-off on Sunday morning. Will they bounce back emphatically here?

Since conceding a first-half brace to Cristiano Ronaldo en route to a 2-0 away defeat by defending champions Juventus on November 21, Cagliari is unbeaten in three (W1, D2).

They left it late to knock Hellas Verona out of the Coppa Italia four days later, with Fiorentina loanee winger Riccardo Sottil scoring a stoppage-time winner. 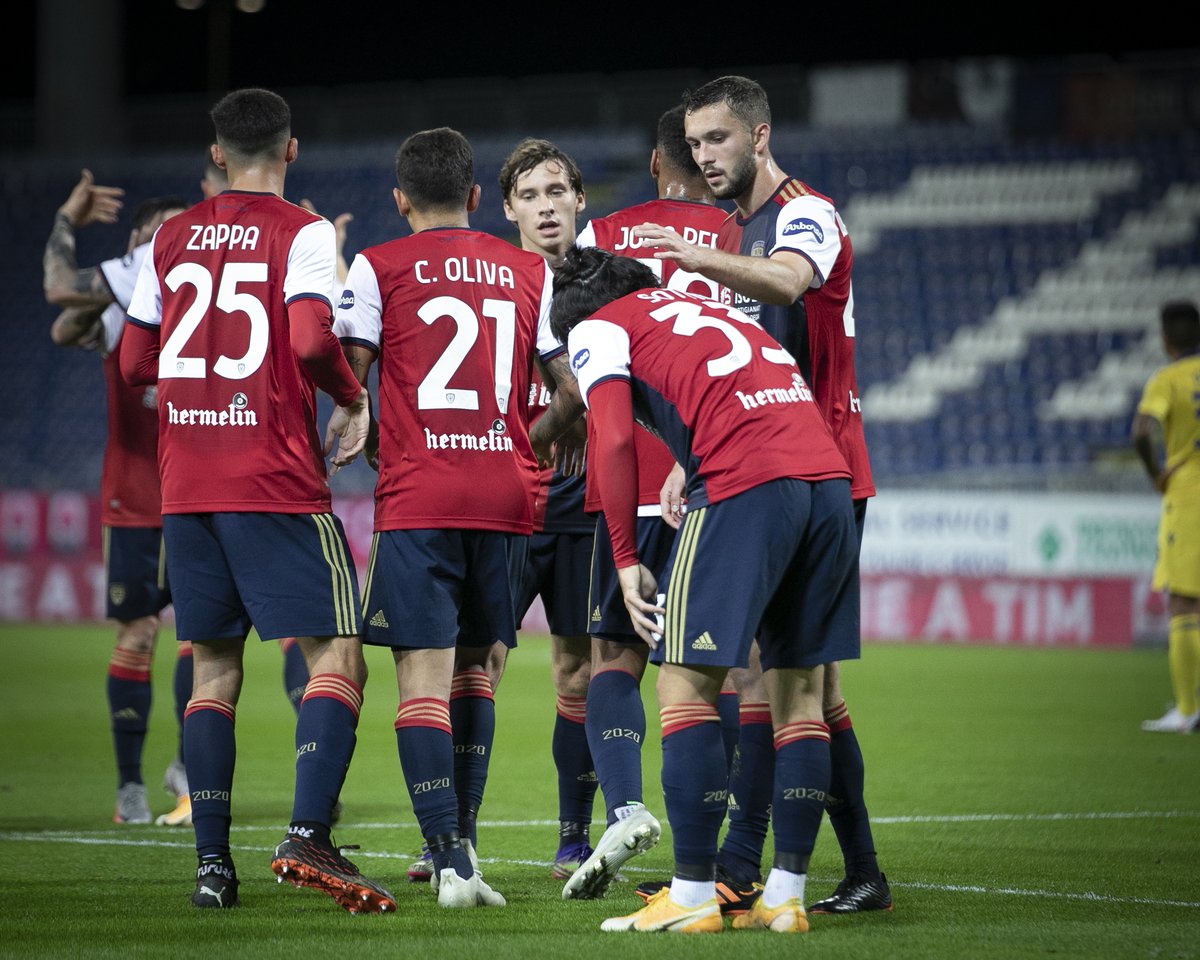 Can Sunday’s hosts inflict yet more misery to finish a forgettable week for Inter?

They were then left frustrated as M’Bala Nzola netted an injury-time penalty to equalise for newly-promoted Spezia in a 2-2 draw, before being held to a 1-1 draw in Verona last week.

Even still, they’ll quietly back themselves to spring a surprise against a deflated Inter side this weekend after the title challengers’ Champions League campaign burst in flames on Wednesday.

Borussia Monchengladbach players watched, hunched over pitchside, before celebrating wildly as they have qualified for the UCL knockout stages – this the first time in their club’s history.

Shakthar, blasted 5-0 by Inter in last season’s Europa League semi-finals just four months ago, will return to the UEL knockout stages after Christmas.

Inter are leading the H2H (W9, D5, L4) statistics in a meeting usually providing high-scoring between two sides who don’t tend to keep a lot of clean sheets between them.

I’d predict over 2.5 goals – Inter should win, but you’d have said the same on Wednesday too. 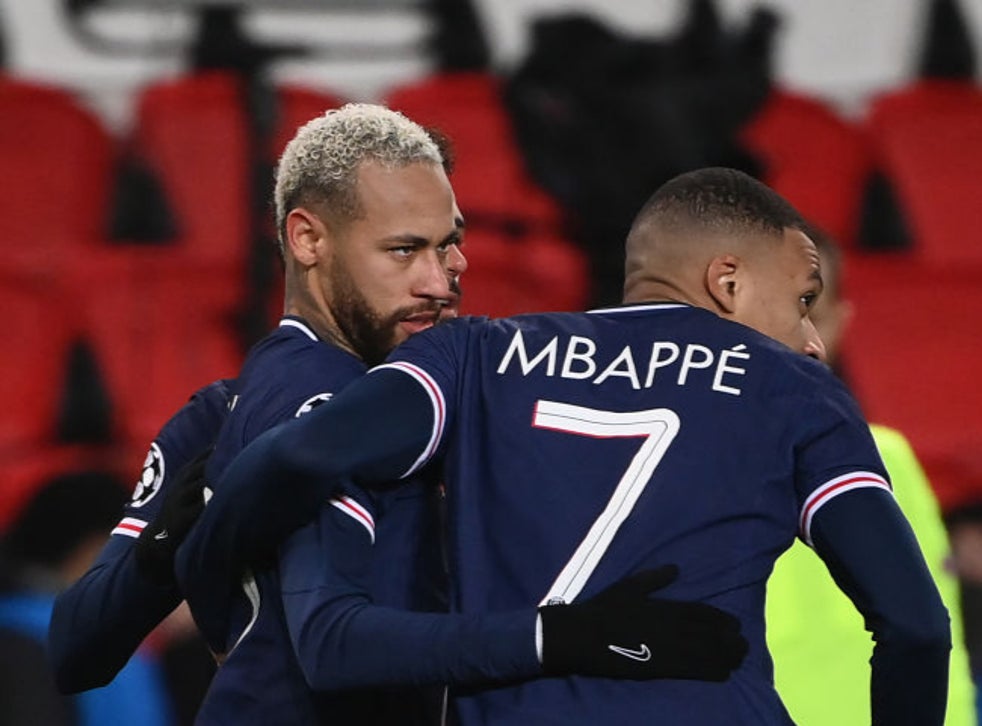 Fresh from blasting five goals past Basaksehir to top Group H on Wednesday, PSG return to Ligue 1 action this weekend with title rivals Lyon next on the agenda.

Rudi Garcia’s men increased their unbeaten run to ten matches after a 3-1 away win over Metz last week and will fancy their chances against an unpredictable PSG side. Can they spring an unwelcome surprise on Thomas Tuchel’s side and reinforce their genuine title credentials?

Karl Toko Ekambi created one for Memphis Depay and netted a second-half brace himself as Lyon put Metz to the sword last Sunday. Farid Boulaya atoned for his earlier penalty miss with consolation, but the result was already secured before the Algerian winger’s fourth goal of 2020.

Transfer-linked midfielder Houssem Aouar returned to the starting eleven and impressed in his near-hour on the Saint Symphorien turf. He had a game-high three key passes, assisted Ekambi two minutes into the second-half and reinforced his standing as their creative fulcrum. 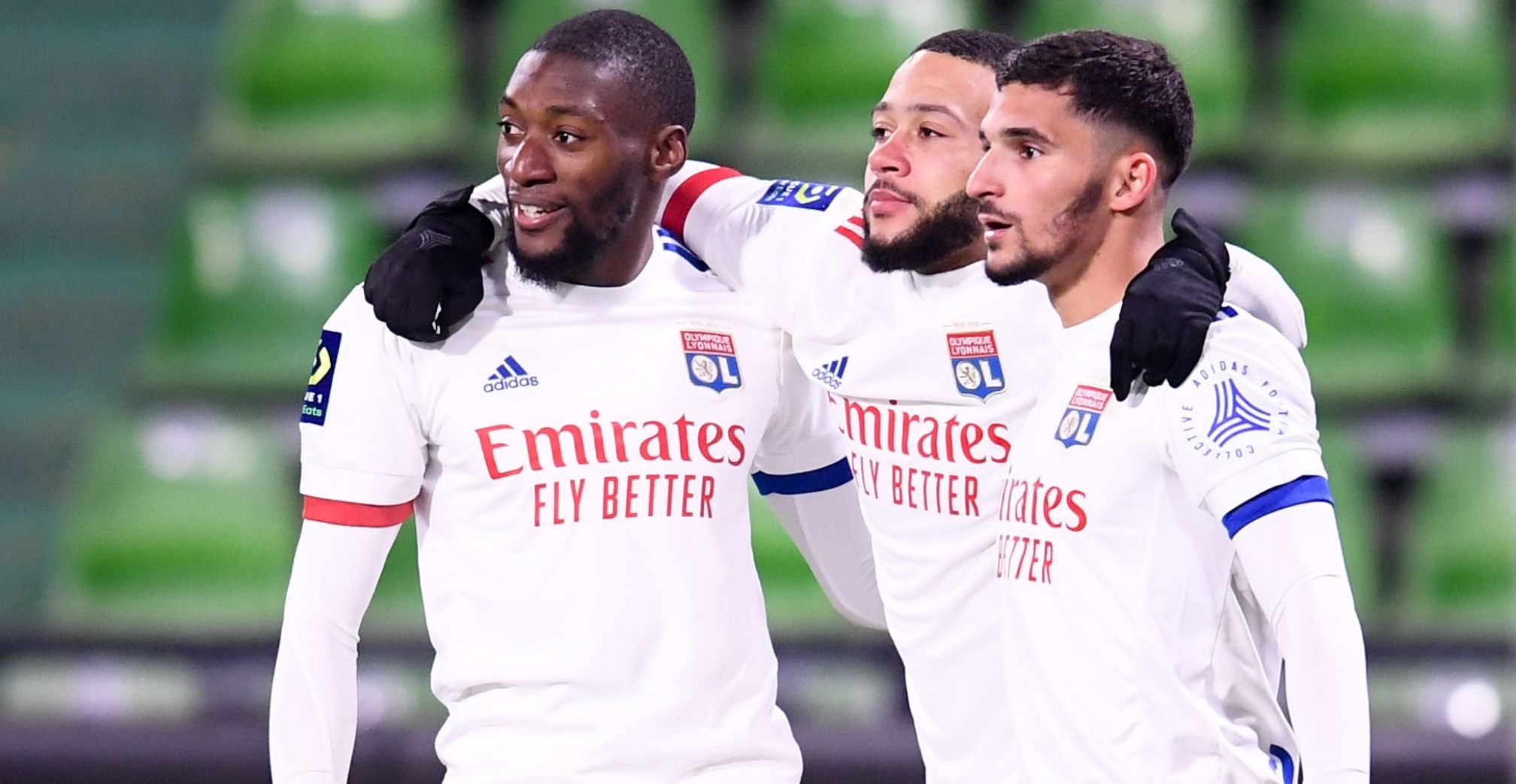 (L-R): Ekambi, Depay and Aouar during their impressive victory over Metz last time out

Bruno Guimaraes limped off with a knock but should be passed fit to start, with Aouar and £18m signing Lucas Paqueta either side of him in Garcia’s 4-3-3 formation here.

Tuchel made changes galore ahead of their important home UCL clash with Basaksehir, which was overshadowed by a racial incident which saw the game rearranged for the following day.

Neymar had a hat-trick while strike partner Kylian Mbappe scored a record-breaking brace as they blitzed their Turkish opposition, something Manchester United were left wishing they did.

They’ve qualified as group winners ahead of Monday’s last-16 draw and will relish the opportunity to make a statement against one of few Ligue 1 sides who can compete with them.

Unsurprising PSG is dominant in this fixture (W13, D1, L3) but Tuchel remains perfect (5-0) against Garcia as far as the managers are concerned too. The defending champions have struggled for regular clean sheets of late, but I still expect they’ll prove too much for OL here.