Euro-chasing Everton look to build on successive wins against Chelsea and Leicester City when hosting Arsenal in Saturday’s 5.30pm kick-off, while Scott Parker’s Fulham face a wounded animal in Newcastle just three days after their hosts were blasted for five by Leeds in midweek. 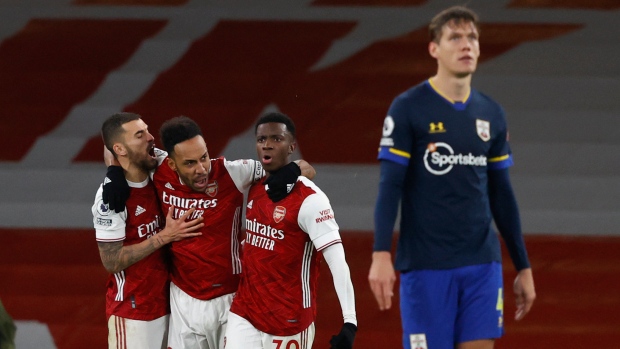 Mikel Arteta’s Arsenal limped to a nervy 1-1 home draw against Southampton in midweek, but the overriding feeling at full-time was one of relief – at least they didn’t lose again.

Their dwindling league form has been such that results like these are seen as respite, rather than progression, as the Gunners continue struggling.

Everton has gone from 10th to 5th and is improving following a four-match winless run after recent wins over Chelsea and Leicester City.

Will they make it three in a row this weekend, against their unpredictable visitors?

Gabriel Magalhaes picked a cruel time to produce the worst Arsenal display of his short tenure in north London to date, with two needless bookings in four second-half minutes.

His first was for time-wasting, the second was prime indiscipline: manhandling goalscorer Theo Walcott, being too aggressive in transition as he advanced through midfield.

Gabriel couldn’t believe he was sent off, but also truly didn’t give referee Paul Tierney much choice

It had to be Walcott. After twelve years, 398 appearances and 108 goals across all competitions, the forward departed Arsenal for Saturday’s opponents Everton in 2018.

They loaned him out in October back to his boyhood club, and it was he who combined with Che Adams before a deft first-half chip over Bernd Leno broke the deadlock.

Pierre-Emerick Aubameyang equalised with his first league goal from open play since mid-September, but all the plaudits deserve to be levelled at Bukayo Saka’s work in the build-up.

The 19-year-old advanced past three challenges and looked to exchange passes with Edward Nketiah, though the through ball fed Aubameyang instead.

Everton has kept successive clean sheets for the first time in 2020, without Lucas Digne (ankle) nor Seamus Coleman (hamstring) at the back.

How will a rejuvenated Alex Iwobi fare against his boyhood club this weekend? Elsewhere, Dominic Calvert-Lewin and Richarlison look to stretch a vulnerable backline.

Gabriel joins Granit Xhaka (suspension) and Thomas Partey (muscle) on the sidelines, so how will his teammates respond?

Arsenal lead the historical H2H statistics (W10, D4, L3) but imporrtantly have regularly struggled at Goodison Park (W2, D2, L3) and are also lacking confidence. They possess enough quality to pose plenty of problems, but their inconsistency is such that I expect that continues here.

Newcastle were thumped 5-2 by Leeds in midweek, despite scoring first (Picture: Chronicle Live

After successive draws against Liverpool and Brighton, Fulham target their first win of December when they travel to the North East this weekend against a wounded Newcastle side.

Steve Bruce’s men have won two of their last three matches, but were blasted 5-2 away at Leeds in midweek and will be eagerly anticipating the opportunity to atone for their heavy defeat.

Can they do so against an unpredictable newly-promoted side in Scott Parker’s side here?

It’s 14th versus 17th on Saturday when Newcastle entertain Fulham, in a battle between two teams who should be doing better with their respective squads.

The Toon were heralded for their shrewd summer business, including Bournemouth duo Callum Wilson (£25m) and Ryan Fraser (free) but have importantly lacked consistency this term.

Fulham was winless in their first six matches (L5, D1) and although they’ve improved in recent weeks, need to continue on the upward curve if they want to avoid a relegation battle in 2021.

After all, they’re only out of the relegation places on goal difference from Burnley – who have played two games fewer (11) and aren’t exactly blessed with a kind fixture schedule.

Among their next six matches include an in-form Southampton, title challengers Tottenham, Chelsea and an unpredictable Manchester United. They need to keep winning points and fast.

It’s why this matchup makes for the compelling watch from both sides, not least the visitors.

Newcastle scored first through Jeff Hendrick but was ultimately second best against Marcelo Bielsa’s men. How do they avoid being overwhelmed by a deceptively tricky Fulham attack? 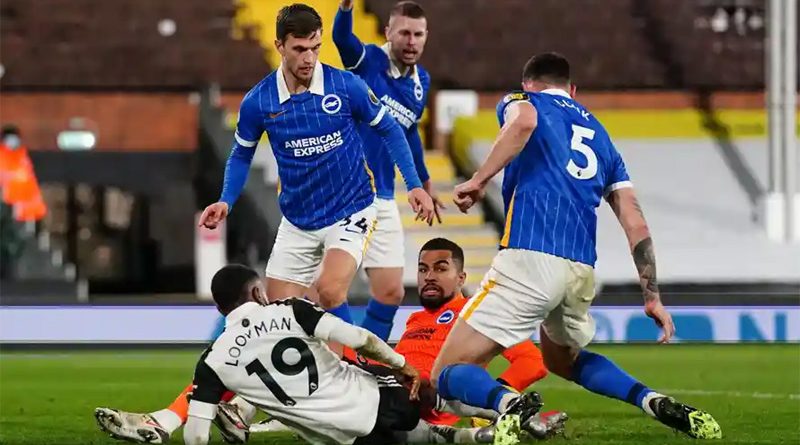 Ademola Lookman has continued to kick on recently, Ruben Loftus-Cheek has a point to prove while Parker hasn’t yet integrated talisman Aleksandar Mitrovic into the starting eleven this term.

Fulham lead the H2H (W10, D2, L6) and will be eager to inflict further damage on Newcastle after that heavy loss, but must exercise caution.

Facing a wounded animal away from home is a double-edged sword: Saturday’s hosts are vulnerable but also capable of causing havoc themselves. So, I’d predict BTTS here.