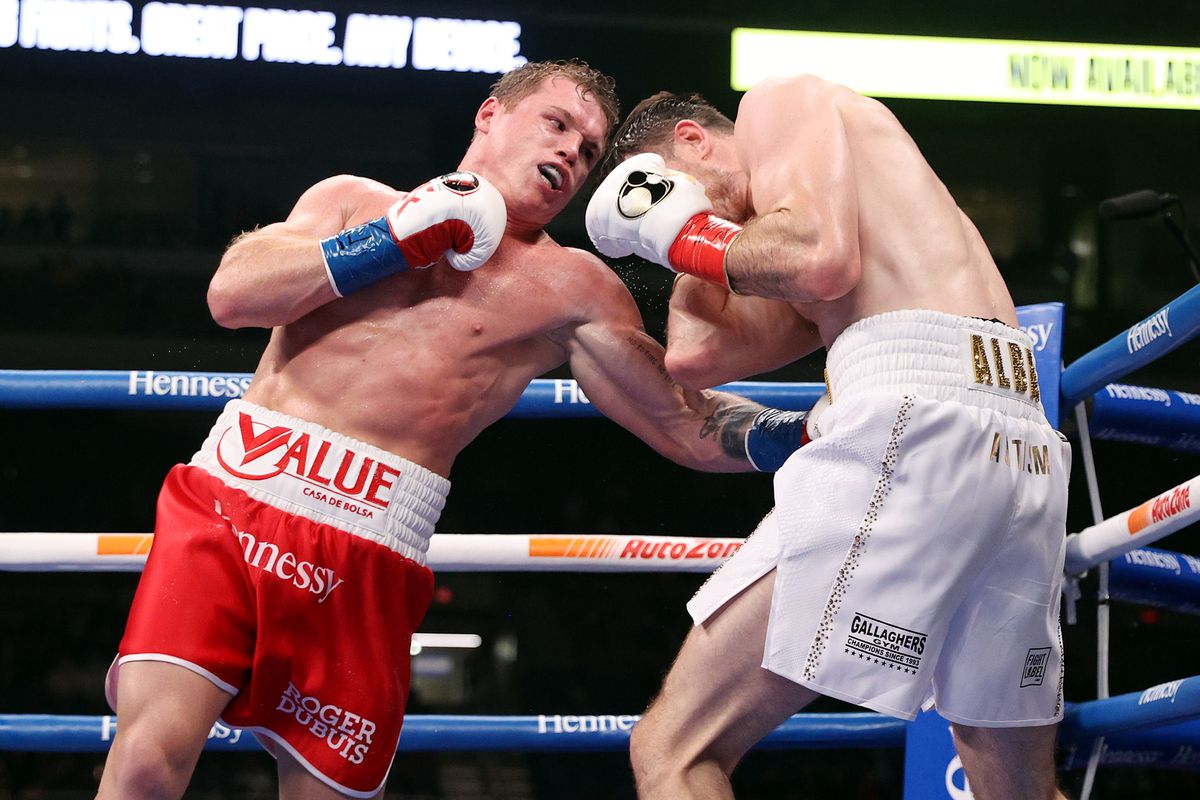 WBC and IBF welterweight champion Errol Spence Jr (27-0) was ringside and hinted at a potential future super fight against the Mexican beforehand, but Canelo Álvarez (54-1-2) and his brilliance simply broke Callum Smith (27-1) over twelve tough rounds to hand the Liverpudlian his first professional defeat, earning his WBA and WBC super-middleweight titles in the process. 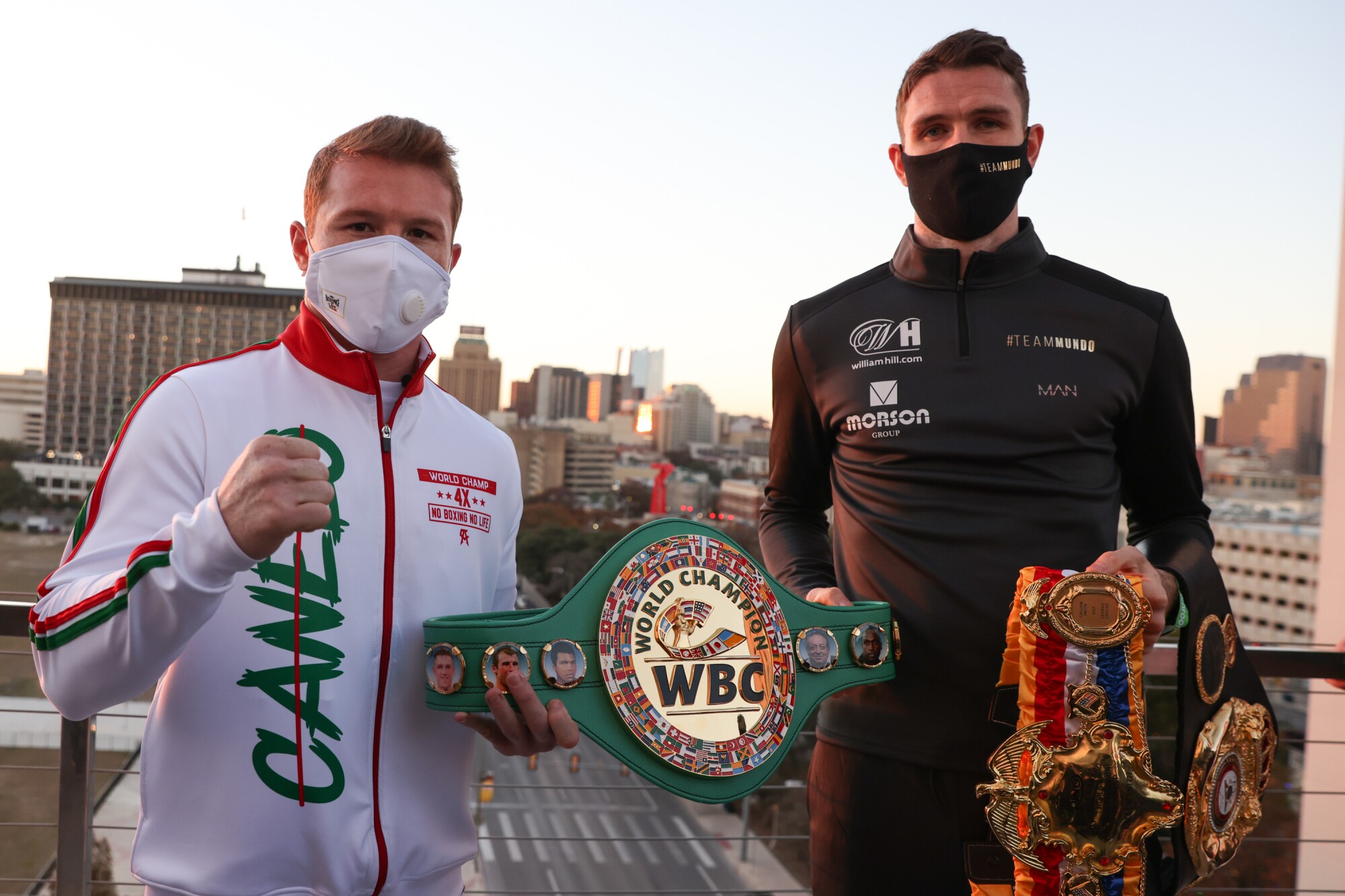 Plenty was said about Smith’s height and reach advantages pre-fight, but Canelo nullified them well

As evidenced by an increasingly confused commentary panel on BBC Radio 5 Live, with Steve Bunce and George Groves in particular – who Smith himself knocked out just two years ago – they couldn’t quite comprehend why the champion was being so apprehensive.

He was showing too much respect, in-ring tactics were being justifiably questioned after a tense first-round exchange and despite those physical gifts, had found himself stalked around the ring at an increasing pace by Alvarez, who cut the ring off with steely precision and was unafraid.

Whenever he did absorb damage, he fired back with two or three shots of his own as 12,000 cheering fans continued propelling him forward inside the Alamodome.

We found out later that Smith had a detached bicep from the early rounds, but like promoter Eddie Hearn said afterwards, the outcome wouldn’t have changed.

Callum Smith appears to have suffered a serious injury to his left arm vs Canelo tonight. Reports of a "detached bicep". pic.twitter.com/IENQynvmPk

Smith had better success between rounds five and seven, but you could hear him tell his corner that his left hand had gone after R8, whenever Canelo hit it, the pain was killing him.

R9 was assertive from the Mexican, backing Smith against the ropes twice and the final minute was tough to watch at times – sharp, snapping punches were landing flush, alongside more piercing uppercuts.

Smith was virtually hanging on at times and did well to see the final bell, as questions were raised about whether it was sensible for his corner to let him continue after some worrying exchanges in-between rounds.

Who’s next for canelo? what did smith and others say?

Canelo proved too much for Smith, becoming a four-weight world champion with a dominant display

Well, Canelo wants to unify the super-middleweight division and claim all the belts.

IBF champion Caleb Plant and WBO title-holder Billy Joe Saunders are the two men left standing. Hearn spoke to BBC and said a bout against the latter is most likely his next port of call in 2021, after an agreement was made for May 2 before the COVID-19 pandemic shelved that.

Errol Spence is ringside for Canelo Alvarez vs Callum Smith tonight. Just reiterated in an interview with DAZN that he'd be open to moving up to 160lbs for a super fight with Canelo.

Gennadiy Golovkin looked impressive in his win over Kamil Szeremeta on Friday night and even though there’s still interest in a trilogy fight, that genuine excitement and intrigue isn’t there anymore. For one, Triple G is 38 and not exactly getting any younger. Time is of the essence.

Smith said he didn’t feel his strongest, has outgrown the weight and Groves said that after returning home to recuperate from his injuries, he could either move up to light-heavy or retire.

The comments were straight after his first pro loss, so naturally he’s devastated and it’s difficult to look too far ahead when nothing is guaranteed. However, he sounded like a broken man and knows he’s been knocked off the top in a bout he felt he could win. Does he want to continue?

That’s a question he must ask himself now, having reached the sport’s pinnacle – but having his best weapons nullified by a much better, more calculated opponent in Canelo.

The statistics speak for themselves:

Canelo landed 57% of his power punches, compared to just 24% from Smith.

Interestingly in DAZN’s post-fight coverage, unbeaten WBO middleweight Demetrius Andrade (29-0, 18 KOs) wasn’t as effusive in his praise compared to the rest of the team.

He feels Alvarez’s team has been selective with who and when he fights specific fighters – naming the likes of Matthew Hatton, Erislandy Lara, Miguel Cotto and Rocky Fielding as examples of easier matchups in recent years during an impassioned argument with journalist Chris Mannix.

This arguement between @SIChrisMannix & @BooBooAndrade to close the broadcast is more competitive than #CaneloSmith. #boxing

He has been actively campaigning for a fight against Saunders too, but it doesn’t look like he’ll get his wish in the short-term.