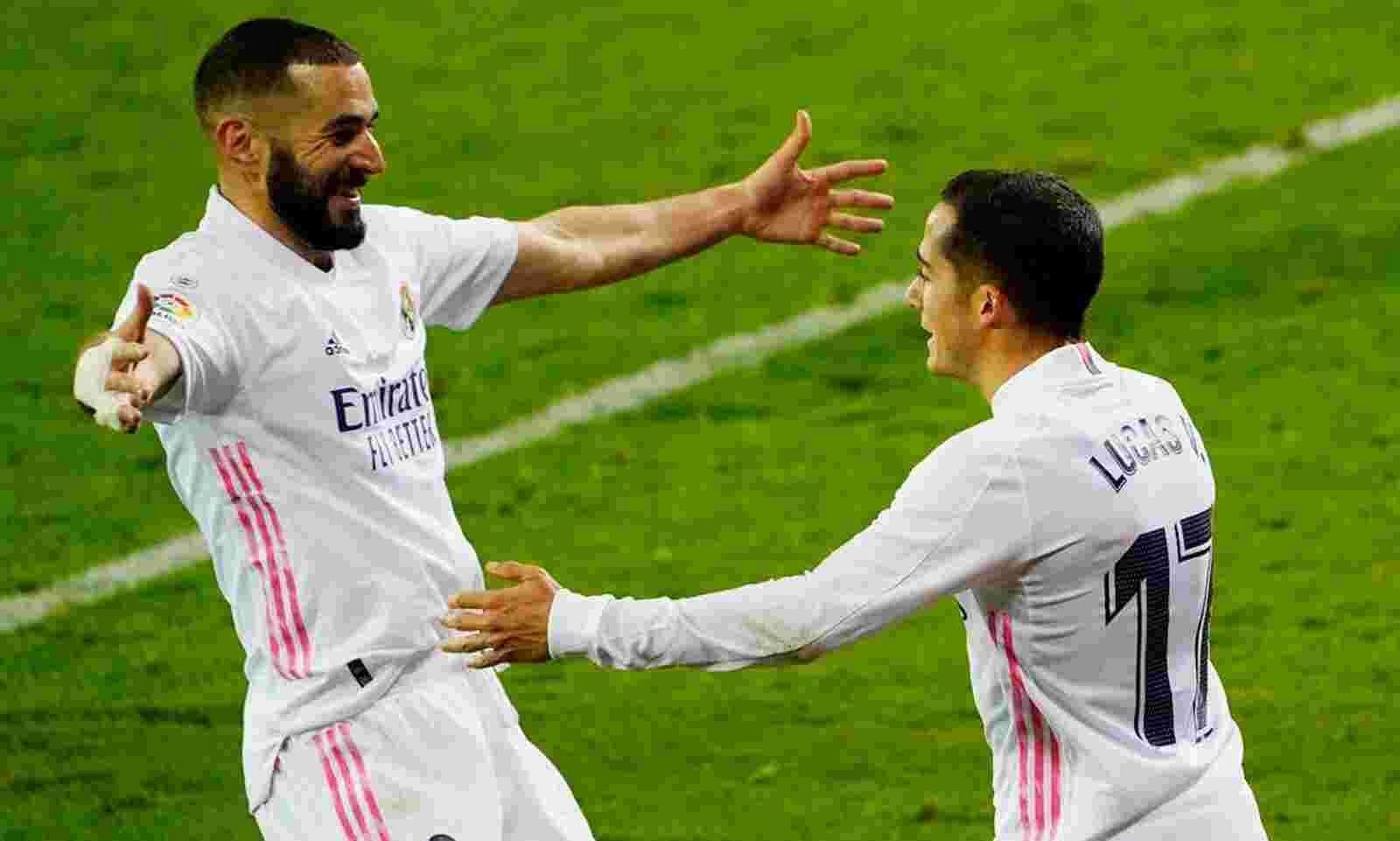 Read on for two La Liga previews ahead of Wednesday’s games, as Celta Vigo face a trip to mid-table Getafe before defending champions Real Madrid look to keep pace with leaders Atletico when they host a bullish Granada side in their penultimate match of an unprecedented 2020. 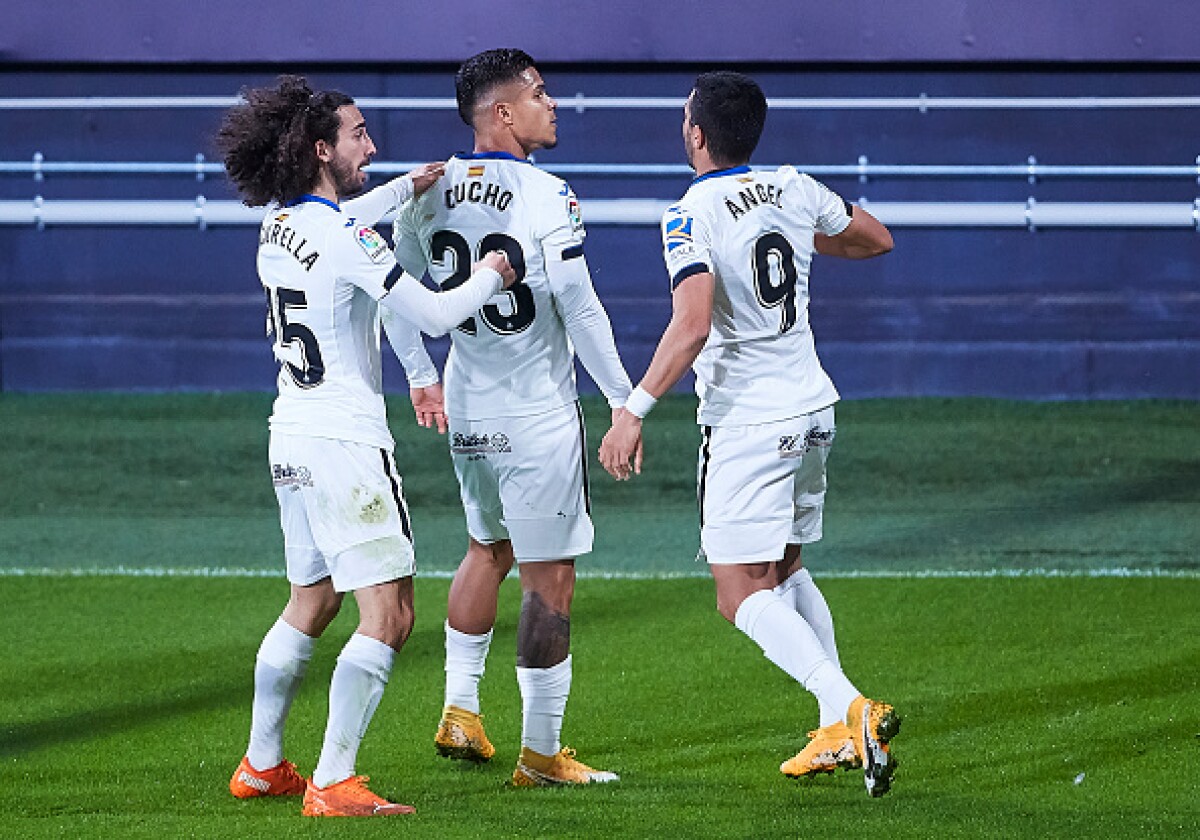 Euro-chasing Getafe hope to end Celta Vigo’s five-match winning streak in midweek while justifying their own ambitions in what has been an unpredictable La Liga campaign to date.

Three points and three places separate the two sides before kick-off, though Getafe (13) have played a game fewer than the majority of their rivals and need to establish some momentum.

After all, their 2-0 away win over league newcomers Cadiz last Sunday snapped a seven-match winless run – dating back to their surprise 1-0 home win over Barcelona in mid-October.

Do they have what it takes to stun an ambitious Celta, eager to prove their recent run is no fluke?

Brais Mendez’s first brace of his young career proved decisive, as Celta were comfortable en route to a 2-0 win over Deportivo Alaves on Sunday afternoon.

It’s a far cry from the team who were dragged into a relegation battle just a few months ago, as their winning run has continued. 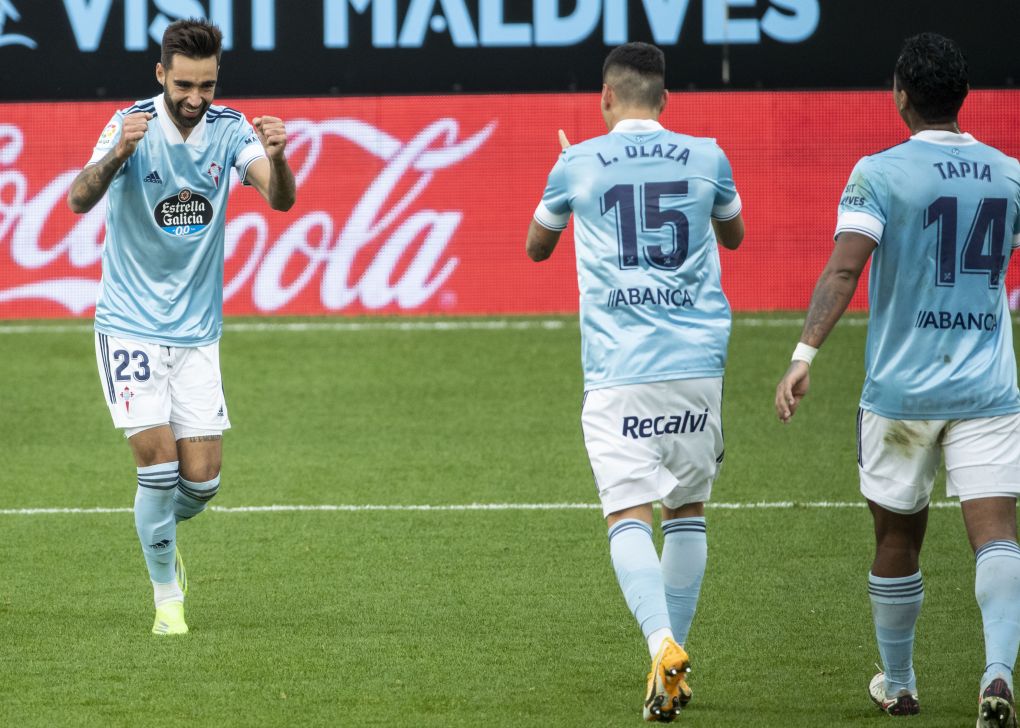 Mendez (no. 23) wheels away to celebrate as his matchwinning brace helped sink Alaves last weekend

Head coach Eduardo Coudet has only been there for a matter of weeks, but the Argentine will be happy with the progression he’s seen since watching them lose 4-2 at Sevilla in his first game.

If they’re to justify their standing as a dark horse for European qualification in 2021 though, they have to step up against similar sides – starting away at Getafe in midweek.

Wednesday’s hosts narrowly missed out on a Europa League berth the last term, despite looking destined to earn a top-seven place all season long.

That is testament to just how important maintaining consistency is, in a volatile campaign like this where multiple teams have issues and games to contend with in quick succession.

Getafe narrowly lead the H2H statistics (W7, D6, L5) and are unbeaten in their last six meetings to boot. That should provide Jose Bordalas’ men with confidence, in what is expected to be another closely-contested encounter.

Celta’s win streak has been encouraging but achieved largely against weaker opposition, so it’ll be interesting to see whether they can continue that run here.

The grind continues for Real Madrid, in their pursuit of a successful La Liga title defence on Wednesday evening. Up next on the agenda, they face a deceptively tricky test against sixth-placed Granada – who could pose problems if Los Blancos dare to underestimate them.

Will Zinedine Zidane’s men earn a sixth successive victory across all competitions here, or do their visitors have an unwelcome surprise in store for them at the Alfredo di Stefano?

It’s remarkable what a few weeks can do for momentum in football. After one win in five matches across all competitions (L3, D1), Zidane was under increasing scrutiny just three weeks ago.

Real Madrid were at risk of missing out on the Champions League knockout rounds, but have since earned big wins over Sevilla, Gladbach, title rivals Atletico Madrid as well as Athletic Bilbao.

They beat Eibar 3-1 and can put pressure back on leaders Atletico heading into Christmas after Mario Hermoso and Marcos Llorente scored in Atleti’s 2-0 win vs. Real Sociedad earlier tonight. 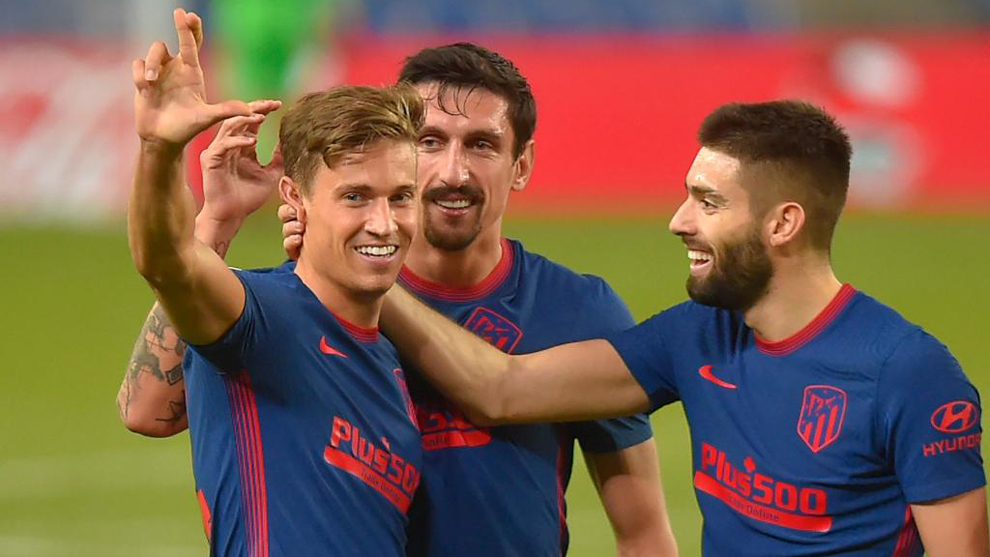 Although they’ve played one more game (14) than Diego Simeone’s men at the time of writing, grinding out important results with ruthless efficiency is key to retaining their title.

It was that never-say-die attitude, resiliency and some fortune along the way that helped them usurp Barcelona to last season’s crown.

Barca’s demise sees them already eight points adrift of the two Madrid sides and likely to scrap it out for a third-place finish in the new year.

Karim Benzema continues leading the line with distinction, netting a goal and two assists on Sunday – while rotation could see starts for Marco Asensio and an injury-free Federico Valverde.

Real are dominant in this H2H (W13, L1), and these fixtures have largely been high-scoring affairs in recent seasons.

Granada’s recent progression is such that they’ll fancy their chances of being able to stifle their hosts, provided they start well and don’t gift easy goals. That’s easier said than done though!