Forest’s teenage winger Alex Mighten (18) made his impact felt with a first senior goal vs. Millwall

Birmingham City hope to end a three-match losing streak away at the City Ground, against an unpredictable Nottingham Forest side this weekend. Five points and three places separate the pair ahead of kick-off, with Chris Hughton’s men eager to continue climbing up the standings.

Can they prevail or will they falter, as has been a regular occurrence in this season’s Championship?

This match was doubtful to go ahead as planned until Wednesday afternoon, as Forest underwent a full round of coronavirus tests after Millwall confirmed an outbreak following their 1-1 draw last weekend.

Teenage winger Alex Mighten (18) saved their blushes on a rare start, scoring his first senior goal to equalise from close-range just minutes after Tom Bradshaw opened the scoring early in the second half.

You’d expect Hughton starts the youngster again, though an ineffective Sammy Ameobi might not be so fortunate on the opposite wing here.

He lost possession a whopping 27 times and struggled to get going, so expect Fulham loanee Anthony Knockaert starts over him, as rotation is expected in their penultimate outing of 2020.

Another team he has since managed up next is Forest, who haven’t truly kicked on since his sacking in January 2019.

A six-match winless run to end last season saw them narrowly miss the playoffs and this term, they’ve regressed. Karanka must see a disciplined defensive effort from his players to inflict further woe on the hosts, and easier said than done given their own frailties at the back.

The visitors are without a clean sheet in their last four, but Forest is also shaky themselves. Although Saturday’s hosts are enjoying better form, BTTS is my pick here.

Third-placed Swansea looks to continue applying pressure on the Championship’s top two in leaders Norwich and Bournemouth this weekend as they face a trip to west London next.

After their three-match unbeaten streak was unceremoniously ended away at Derby last week, they returned to winning ways with a 2-0 victory over mid-table Barnsley three days later.

Can they continue where they left off on Boxing Day, against a struggling QPR side who relish facing better opposition – regardless of their form – and present a credible threat?

However, they were just two minutes plus stoppage-time away from ending that run away at newly-promoted Wycombe on December 19. It wasn’t meant to be, as teenage midfield substitute, Anis Mehmeti picked the right moment to equalise with his first senior goal.

That they managed to make hard work of a side rooted bottom – with just 12 points from 20 games – speaks volumes. After all, they too could be dragged into a battle at the foot of the table before long.

Why? They’ve conceded 27 and scored just 19 this term. While Moroccan playmaker Ilias Chair is growing into his role as a more productive player in the opposition box, they clearly haven’t replaced Nahki Wells (Bristol City) nor Eberechi Eze (Crystal Palace) effectively over the summer.

Steve Cooper appears to have settled upon his strongest eleven in south Wales with Watford loanee Morgan Gibbs-White (foot) their only absentee, so Swansea are firm favourites here.

Saturday’s visitors edge the H2H statistics (W6, D7, L5) but those numbers are misleading, especially considering the sheer contrast between them right now.

QPR seem destined for a relegation battle this term, while the Swans are eager to improve upon last year’s postseason defeat by earning automatic promotion in 2021.

As such, there should only be one winner – even with the Championship’s unpredictability in mind – so I would predict a narrow away result.

After three defeats from their last four matches, 8th-placed Reading face a deceptive banana skin on Boxing Day this weekend against an unpredictable Luton Town side.

Having scraped their way to Championship safety last season, head coach Nathan Jones has returned and made Saturday’s visitors a more difficult team to play against this term.

Can they build on their hard-earned point against promotion hopefuls Bournemouth?

Luton were the Championship’s whipping boys for large periods in an unprecedented campaign last season with all due respect. They conceded an eyewatering 82 goals, scored just 54 and looked destined for an immediate return to League One football before Jones returned in May.

He’s already overseen six more wins in six fewer matches than during his miserable tenure with Luton’s league counterparts Stoke, has instilled faith back into the ranks and importantly, grit.

It’s why they’re mid-table in 14th after 20 games, just six points off the playoff places and could easily emerge as a dark horse for an unlikely push in 2021 if they establish more consistency.

That’s a big if though, where games like these against tougher opposition could either make-or-break their campaign. They held an impressive Bournemouth side scoreless on December 19, which provided them with confidence and cannot afford to rest on their laurels.

The latter has scored or assisted in six of his last eight appearances, so is certainly a player they must be mindful of, defending against.

Reading lead the H2H (W3, L1) and won by a rather emphatic 8-0 aggregate score over their two Championship games last season.

Luton were 1-0 winners in the most recent meeting three months ago, so should fancy their chances of making this competitive. I’m unconvinced they have what it takes to win though. 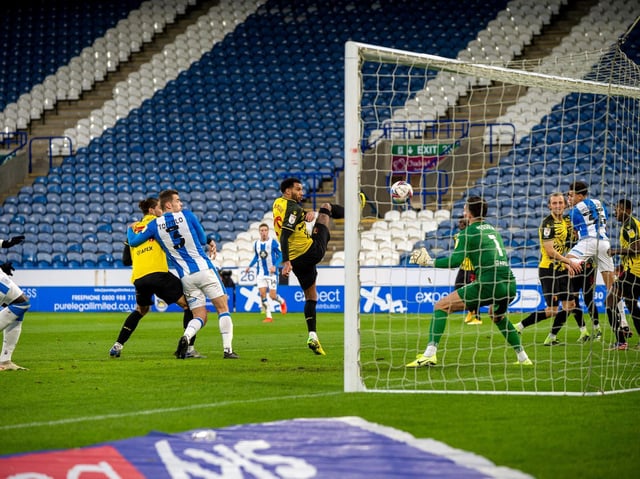 Watford endured a forgettable evening away at Huddersfield, in Ivic’s final match as manager

Watford’s new boss Xisco Munoz faces the toughest test possible to kick off his tenure in England’s second-tier, as the Hornets host leaders Norwich in a televised evening showdown.

Two promotion hopefuls going at it, anything could happen – but Saturday’s hosts have endured a worrying period of inconsistency that ultimately cost Vladimir Ivic his job last weekend.

Can the new man start as he means to go on, against an in-form Norwich side?

A humbling 2-0 defeat away at mid-table Huddersfield Town proved the final straw for Ivic’s forgettable four-month tenure in Hertfordshire, as he was promptly sacked last weekend.

Squad discontent and multiple issues bubbling under the surface were key in deciding his fate, though Watford’s problems lie much deeper than just a period of inconsistency in recent weeks.

Xisco, who was smiling but is under no illusions about the task at hand, will look to make an immediate impact upon his new players this weekend. They host league leaders Norwich, who have won five successive games since a shock 3-1 defeat away to Luton Town to start December.

Emiliano Buendía (six goals, six assists) has unsurprisingly been their best player this term and is again justifying why there was much speculation over his future after relegating in July.

Daniel Farke knows both he and fullback Max Aarons will continue attracting interest elsewhere, but the German cannot afford to worry about that. The main priority next summer is a Premier League return – where they looked out of their depth last season.

Top goalscorer Teemu Pukki (10) must keep producing, after an average individual display during their 2-0 win over Cardiff. With more eyes fixed on this clash, I expect a defiant statement.

The H2H statistics are finely poised ahead of this weekend’s matchup (six wins each, one draw).

Norwich are without a clean sheet in their last four meetings, all coming during their brief top-flight spells (2015-16, 2019-20). Both eye a return to England’s finest in 2021, so this is intriguing.