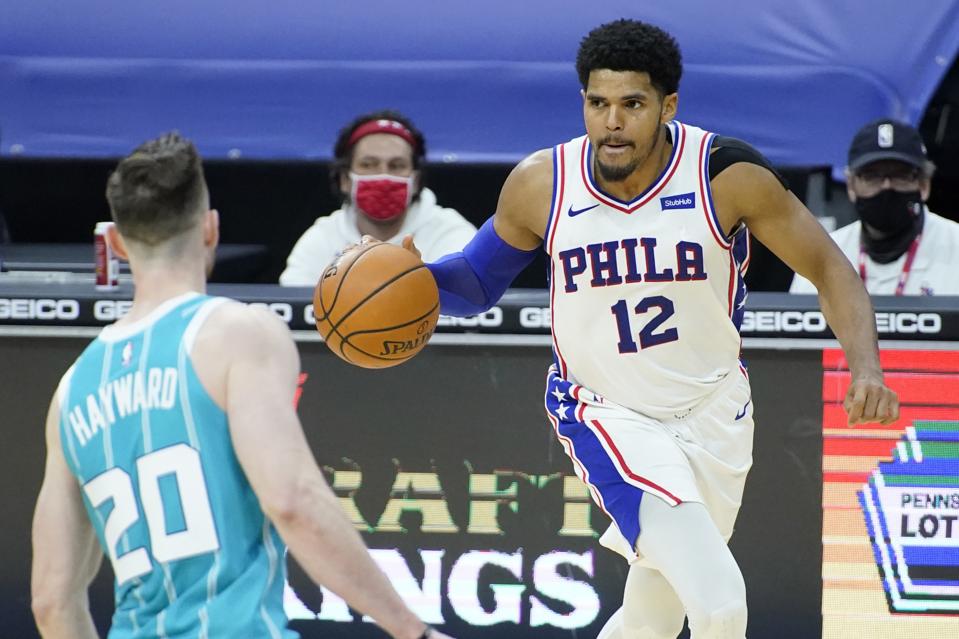 Two more NBA match previews as the Philadelphia 76ers (5-1) attempt to earn successive victories over the Charlotte Hornets (2-4), while two Eastern Conference sides with 4-2 records to start the new season clash as the Orlando Magic host a Cleveland Cavaliers team who have caught critics by surprise so far. Who will start the new week with wins in their games?

In the early going, Philadelphia excelled from three-point range, had six players in double figures and ultimately eased to a 15-point win over the Charlotte Hornets overnight.

Can the Hornets bounce back and record a win of their own as their road trip continues?

Great ball movement, impactful three-point shooting and multiple scorers all combined to make Charlotte’s task an unenviable one overnight, as they were down double-digits on multiple occasions before losing handily to a title-challenging dark horse in the Eastern Conference.

Terry Rozier kept the scores competitive for large periods thanks to his whopping seven three-pointers (12-of-18, 35 pts). Still, besides offseason addition Gordon Hayward and flashes from no.3 draft pick LaMelo Ball, there wasn’t much to write home about from James Borrego’s men.

Graham had a team-high nine assists but missed the explosive scoring touch that saw him average 18.2 points per game before last year’s shutdown. Contrastingly, Danny Green can’t complain: he recorded a season-high 13pts with three of his four made baskets being threes.

Seth Curry continues to impress with additional responsibility as a starter among new surroundings in Philadelphia, while the Embiid-Harris combo looked capable of scoring whenever they wanted to.

Simmons was more than happy to create plays or drive towards the hoop and score for himself – causing multiple problems Charlotte had no answer for. How will the reverse fixture be different?

Philadelphia are dark horses because they have a sneaky MVP candidate in Embiid, Harris seeking to silence critics by going up another gear while an injury-plagued Simmons wants to make up for lost time. That’s just three key players – capable of beating teams in other ways too.

Head coach Doc Rivers said it best post-game: “When we’re shooting the ball like that, we’re dangerous. We can every night, we have great shooters.”

For that reason, it’s difficult to envisage a Hornets win on Monday night. Their best hope is for Rozier to sustain his shooting efficiency – easier said than done – while starting this matchup quicker and more purposefully than their hosts, otherwise they could be in trouble.

Gordon (right) had 15 points on 6-of-15 shooting, eight rebounds and five assists against OKC

Two Eastern Conference sides with 4-2 records collide on Monday night, when the Cleveland Cavaliers travel to Orlando, facing a Magic side with two defeats after their fast start to 2020-21.

If these two teams were 2-4 rather than the other way around, no-one would bat an eye – but such has been the unpredictability of this season so far, that a myriad of surprising scorelines and players alike are impressing in the early going. Among them: third-year guard Collin Sexton.

Vilified for questionable decision-making, coupled with a tendency to focus on his own stats rather than a Cavaliers team rebuilding after LeBron James’ departure for Los Angeles, it feels fitting the no. 8 pick from a memorable NBA draft tied an impressive franchise record overnight.

His 27-point display helped them squeeze past the Atlanta Hawks but also means he’s notched six straight 20-point games to start the campaign. The last to do so with the Cavs? LeBron.

Naturally, his increased shooting numbers mean more attention will be placed on his shoulders – but it’s up to him to justify such expectation, now that he’s combining well alongside fellow guard Darius Garland: who critics suggested wouldn’t be able to work together long-term.

The Sexton-Garland backcourt pairing has worked wonders so far this season, but can they sustain it?

It seems typical Garland endured his least productive outing of the regular season to date (8 pts on 3-of-14 shooting, five turnovers, four fouls), but even with that poor statline, they still won.

Center duo Andre Drummond (12 pts, 11 rebs) and Javale McGee (14 pts, nine rebs, four ast) did their job effectively while Hawks’ franchise star Trae Young was limited to 16 points on 6-of-16 shooting – his lowest total since the COVID-19 shutdown saw Atlanta not invited to the bubble.

After defeats to Philadelphia and Oklahoma City overnight, the Magic have been hit with a wake-up call. Their season was never supposed to be one where they flew under-the-radar, not without rising small forward Jonathan Isaac (knee) sidelined for the whole season.

Nikola Vucevic had a 30-point double-double (13 rebs, four 3PM) while Terence Ross enjoyed 26 from the bench (9-of-21, six rebs, two assists) but they need more consistent production from Dwayne Bacon and Aaron Gordon – a combined 20 points on 26 shots.

Markelle Fultz led the game in assists (8) but also turnovers (3), which needs to be ironed out ahead of their home clash here.

ESPN’s Basketball Power Indez gives the Cavaliers just a 27.6% chance of winning this Eastern battle and all things considered, that seems a little harsh.

All-Star forward Kevin Love (calf) is sidelined for 3-4 weeks now, sure, but they’ll back themselves to win another road game here with the productive pieces at JB Bickerstaff’s disposal.

That said, I don’t think Orlando will have such a lopsided night on the floor from their supporting cast – led by Fultz, they should be more efficient and shoot collectively better than their 37% (26.3% from three) against OKC.

Prediction: Orlando shot poorly from three-point range against Oklahoma and still had a chance until Al Horford’s deep dagger with 50 seconds left.  As such, they should respond here.