Today features the start of 2021’s first WTA 500 event of the year from Abu Dhabi, with world number 15 Muguruza among those battling for the title as preparation for next month’s Australian Open. A beaten finalist in Melbourne last year, the Spaniard is excited at returning for the start of a new season, one where she’s reassured by health protocols and attention to detail.

After an unceremonious exit in her final tournament of 2020, Muguruza is excited for what’s to come in 2021 and looking to make this coming year a much more successful one on court too.

She overcame a one set deficit to lead world number 45 Danielle Collins – 5-7, 6-2, 3-1 midway through the final set of their Roland Garros third-round matchup on October 3.

Somehow, she tightened up in crucial moments and hit the self-destruct button while Collins by contrast couldn’t believe her luck, having mentally prepared for another early Grand Slam exit.

Instead, she got to the quarter-finals in Paris before losing in three sets against beaten finalist Sofia Kenin. Muguruza, a two-time Slam champion, has had three months to reflect and recover.

While COVID-19 continues impacting life worldwide, the 27-year-old has now wrapped up pre-season training with coach Conchita Martinez and is eyeing a strong start to the new campaign.

Martinez recently revealed there’s an eagerness for them to be able to do “great things” together, though are also aware that the quality of competition has increased in recent seasons with younger players breaking through like French Open champion Iga Swiatek and Coco Gauff.

Seeded fifth in this tournament, she’s among the favourites to win this Abu Dhabi event and faces Kristina Mladenovic (world no.50) in the Round of 32 on Wednesday morning. 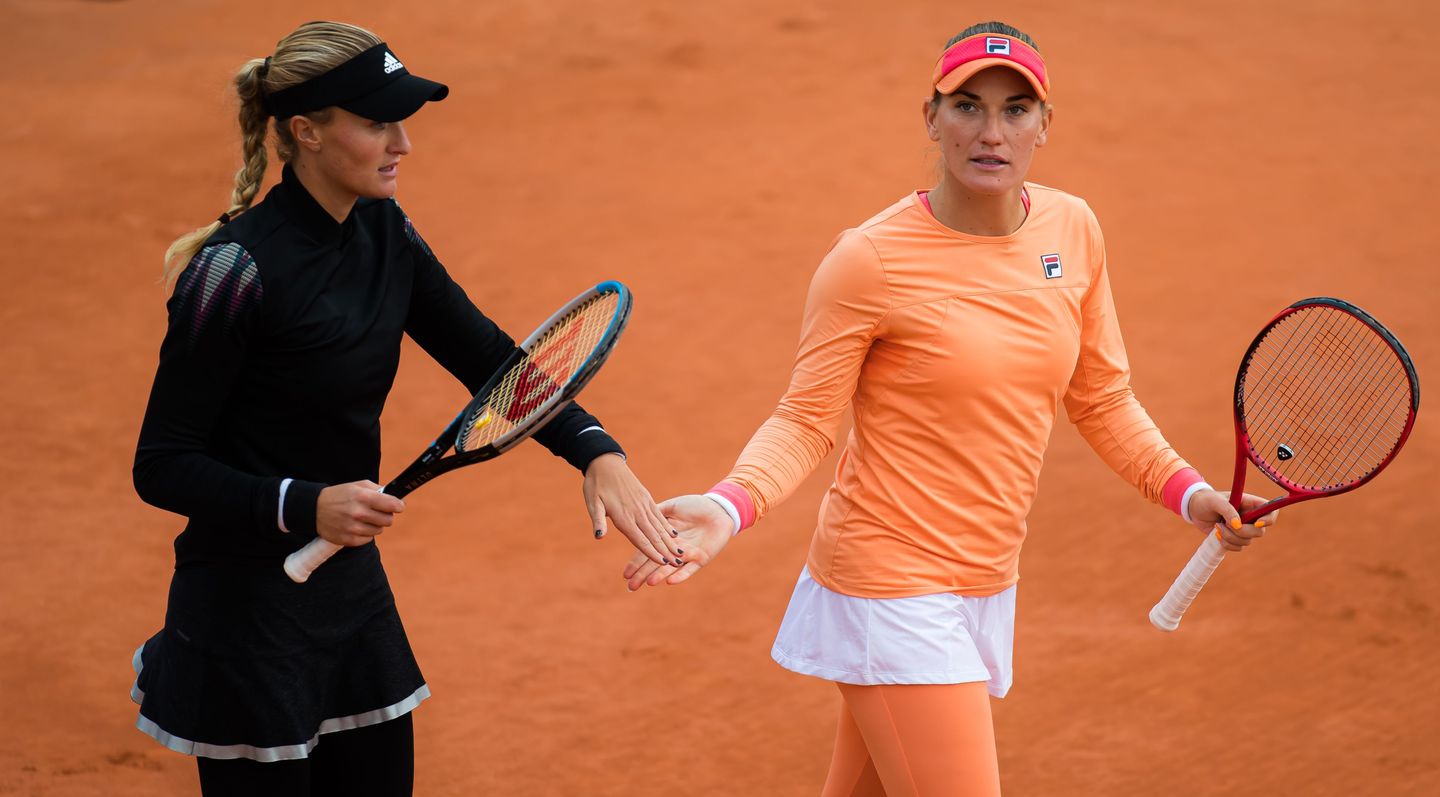 Interestingly, she’s lost two of their three H2H matches (Marrakech 2015, Roland Garros 2017) but won in straight sets during their most recent matchup, April 2019 in the Monterrey quarter-finals.

During her press conference, she praised tournament organisers and said there is no fear surrounding the Melbourne quarantine bubble, practice matches nor action on court.

As quoted by tennisworldusa, she said:

“I am looking forward to the excitement of being at a new event and new season. I’m glad we will have the crowd at the Australian Open, and right now, feel motivated and happy to be part of it all.

I am not concerned about these times now, as we make a comeback to normal tennis on the Tour, with everyone doing a great job putting this together.”

As for the health and safety protocols in place for next month’s Grand Slam, the strict regulations are purposely there to ensure the pandemic is a non-factor at the year’s first big tournament.

There is a lot of attention to the little details like staying put in the room, training with the same partners. I have to prepare for that before heading to Melbourne. The team is putting everything together, and Tennis Australia is doing a great job – I know we will all be safe.”

This year’s Australian Open will start on Monday February 8 and run through to Sunday, Feb. 21.