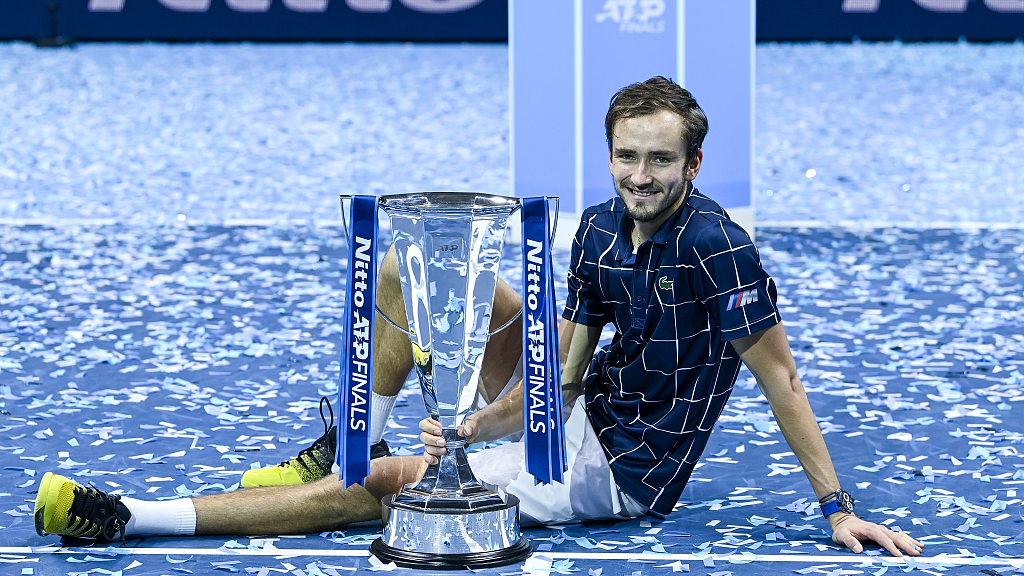 Former world number 8 Janko Tipsarevic has praised last year’s ATP Finals champion, calling him a future Major champion and world no.1 – despite having reservations over the Russian’s ability to dominate on all surfaces, given his inconsistent results on clay. The 24-year-old is set to return at next month’s Australian Open, where he’s lost in round four the last two seasons.

Since turning pro in 2014, Medvedev’s Achilles heel has regularly been his inability to generate quick offence from the baseline and mid-court – lacking weapons to finish points effectively.

It’s why in the minds of many, the US Open Final two years ago was a eureka moment: he recovered from two sets down to take Rafael Nadal into a five-set thriller, where the serve-and-volley tactic and his ability to attack was increasingly pronounced as he grew in confidence.

He reached the semis a year later, before losing to eventual champion Thiem in straight-sets at Flushing Meadows. To date, those are his two best Slam results from 15 main draw entries so far.

Medvedev was frustrated and suffered another round one exit, at Fucsovics’ delight in late September

With all of that in mind, it’s no coincidence the bulk of his poor Grand Slam results have been at Roland Garros since his main draw debut in 2017. The list makes for uncomfortable reading:

2017: He lost in four sets to French wildcard Benjamin Bonzi, after taking the first 7-5
2018: Defeat in straight sets against 15th seed and hometown hero Lucas Pouille
2019: Another defeat to a player in their home Grand Slam, this time unseeded Pierre-Hugues Herbert in five after winning first two sets 6-4
2020: Four-set loss to Marton Fucsovics, who reached R4 before losing against Medvedev’s compatriot Andrey Rublev.

Clay courts slow down the pace of the ball, produce a higher bounce and subsequently favour baseline players dictating points from the back of the court – rather than a big-serving player.

Medvedev still struggles to consistently thrive with that aspect of his game, something Tipsarevic highlighted when commenting on his future potential.

As quoted by The New Indian Express, he said:

“Medvedev is an amazing player.

It is not a question of whether he will win the Grand Slam title or whether he’ll be number one – he will at one point. [Pete] Sampras was superior for a very long time, and collected points on grass and concrete [hard courts].

In this era, a player has to be great on all surfaces to dominate, but at the moment I don’t see he can make good results on clay due to his style of play.”

After beating new Grand Slam champion Dominic Thiem to the ATP Finals crown in mid-November, the start of Medvedev’s 2021 schedule hasn’t yet been confirmed but he should return for a warm-up tournament or two before next month’s first Slam of the year in Australia.