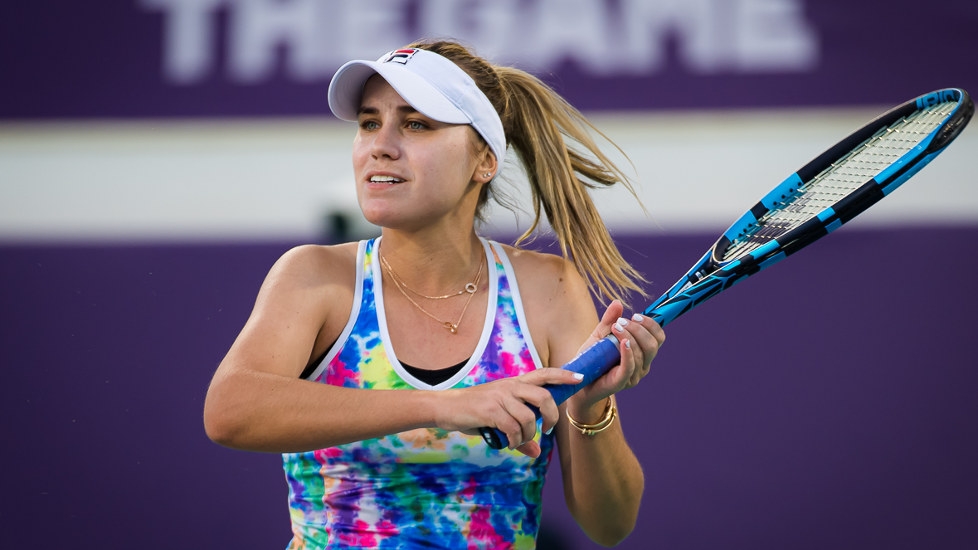 Sofia Kenin (#1) survived match point to fight back, edging the second set tiebreak before winning in three tightly-contested sets: 3-6, 7-6, 6-4 – vs. Yulia Putintseva (#13), to book an intriguing quarter-final matchup with Maria Sakkari on Monday, who blasted past Garbine Muguruza 7-5, 6-4 three hours earlier as the action from WTA’s Abu Dhabi 500 event continues.

Putintseva had this match in her grasp but let Kenin claw back. (Picture: Jimmie48 Photography/WTA)

Kenin earned her second quarter-final berth at WTA 500 level but had to do it the hard way, overcoming a determined Putintseva effort to prevail in what was ultimately three nervy sets.

161 minutes, plenty of momentum shifts and break points dropped, this was an error-strewn affair that didn’t help either player in a match truly there for the taking.

Kenin produced three of her seven double faults in the same game to lose serve at 2-2 in the first set, providing the Russian-born Kazakh with an opportunity to soar ahead. That she did, mixing up shot selection and frustrating Sofia into regular forehand errors which were jarring to watch.

Incorporating slice and spin to good effect seemed to do the trick, as Kenin tried to go for the lines and either overhit returns or cut a forlorn figure after frequently hitting the net in response.

Putintseva won just four more points in the opening stanza, but Kenin had 18 unforced errors and it only worsened in an breathless second set. Overpowering shadows clearly impacted the pair’s ability to return balls accurately and consistently as the Abu Dhabi sun began to set.

One criticism of Kenin’s in-game tactics was an inability to effectively implement drop shots regularly, given their relative success against Putintseva – who often struggled to read them.

A gritty service hold followed and after squandering more chances, she eventually took a 3-1 lead as Putintseva fumed about a previous line call. Her frustration only increased as Kenin’s drop shot crept up over the net, earning her a comfortable 5-2 lead with redemption in sight.

But, just as the 26-year-old threatened to unravel, Kenin beat her to the punch: losing four successive games to present the #13th seed with a chance to serve for a quarter-final place.

Kenin saved a match point and eventually took the set to a tiebreaker, which she battled hard to win 7-5 and level the scoring once more. It was a rough watch at times – 47 unforced errors between them in that set alone – but Sofia raised her level in tricky moments to hold firm.

A third set with more twists and turns

You’d expect last year’s Australian Open winner to cruise her way to victory after such resiliency, but after a three-month hiatus and limited match practice, there was still work to be done.

Down 40-0, she won five consecutive points to lead 3-2 and ten minutes later, Putintseva had an unlikely second wind when down a double-break in the match, at 5-2.

Putintseva started winning the longer rallies, was counter-punching well and a perfectly-placed volley at the net made it 5-4 as Kenin’s stranglehold was fading fast.

Then she served to close it out, a second time.

The game’s first point was a two-handed crosscourt winner, then she earned her own match point after an unforced error and another winner. Two match point opportunities came and went for the Russian-born American and suddenly, you were left wondering what was next.

An overhit forehand return gave Putintseva a break point, her clenched fist in muted relief proved short-lived though – firing a forehand into the net on Kenin’s second serve before swinging long to present a third match point.

sakkari up next for tournament’s top seed 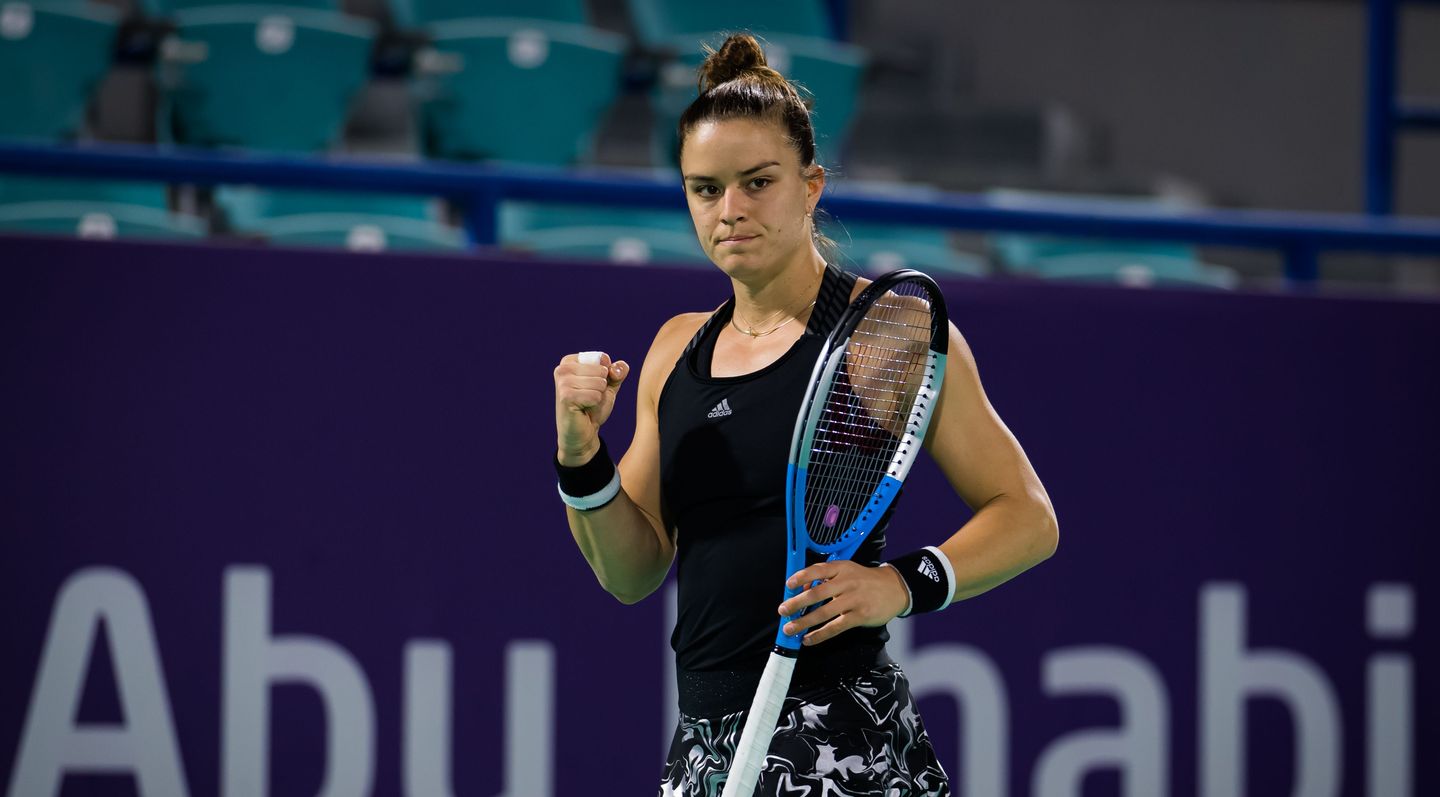 Despite another iffy start, Sakkari did well to earn her 17th victory against a top-20 opponent

She’ll face Maria Sakkari in tomorrow’s quarter-finals, who frequently evaded tricky situations throughout her straight-sets (7-5, 6-4) victory over Muguruza (#5) earlier in the day.

She saved a whopping 12-of-13 break points and refused to waver – especially down 2-1 in the second set. It was crucial not to lose any forward momentum having taken a medical timeout for a foot injury and instead, the Greek shook it off emphatically to dispatch the Spaniard.

Just like during her win over Cori Gauff on Saturday, the 25-year-old embraced her role as the aggressor brilliantly: recording 11 aces with 33 total winners. Muguruza could only manage five across the whole match despite squandering opportunities to take it to a deciding set.

Kenin and world no. 69 Ajla Tomljanovic made a rousing comeback to beat Sakkari and Donna Vekic (#32) during their first-round doubles matchup earlier this week. Will she prevail again?