Maria Sakkari (#9) dropped her first set of the week, but duly responded emphatically: winning ten games in a row en route to her fifth career win over a top-five player, with a third set bagel against the tournament’s top seed Sofia Kenin. Aryna Sabalenka (#4) awaits in tomorrow’s semi-finals, after she outlasted Elena Rybakina (#6) in three sets earlier on as Day 7 continued.

Sakkari was visibly frustrated, got fired up and reacted the right way after going a set down early on

kenin pounces on another sluggish start

Kenin opted to return first as the match got underway and almost immediately, had a break as Sakkari got increasingly annoyed. It was clear what she needed to do: force the American out wide, continuing to build on an aggressive approach that had provided her sustained success this week, but application wasn’t consistent enough to trouble the Australian Open champion.

Excellent shot defence and purposeful shot defence saw the 22-year-old race into a 4-1 first set lead after just 16 minutes. That being said, you could tell this match was due for twists and turns.

Sakkari made the scoreline slightly more respectable at 4-2, but really struggled with her first serve percentage (56.7%), allowing Kenin a chance to dictate the bulk of points being played.

Kenin had a 6-2 lead but from Maria’s perspective, things could only improve after another sloppy start was exploited by a better player than the three she’d already beaten this week.

They certainly did, starting in the second set as she saved three break points. It was more a moral victory than anything, having felt hard done by with some tough line calls in the previous set – the absence of Hawkeye meaning some dubious decisions couldn’t be challenged.

She needed four break points of her own to finally create some separation between them, as 3-2 turned to a two-game advantage. Kenin’s drop shot selection, just like during yesterday’s unlikely win over Putintseva, was questionable at best and seemed to play into Sakkari’s hands.

It allowed the Greek an opportunity to showcase her foot speed, before timely winners and an emphatic service hold helped increase a second set lead to 5-2. She levelled the scoring with a 6-2 set of her own in 36 minutes and by this stage, it was clear momentum had firmly shifted.

Counter-punching with confidence, a two-handed backhand winner rather reiterated that change, as successive errors gave Sakkari a 2-0 final set advantage.

She was fired up after being distracted by a noise mid-point, but instead of unravel following frustrated discussions with the umpire, it was used as motivation to fire her way to victory.

It’s an easy thing to say in hindsight, but Kenin was gifting easy points too – far from ideal – as Sakkari’s influence grew, whether Kenin’s dad Alex was the one talking during points or not.

A winner on her third break point opportunity made it 4-0, before another Kenin forehand error saw proceedings finish on her second match point with a subtle finger to the lips: precisely the perfect response, rather than feeling sorry for herself having dropped the first set so quickly.

Kenin’s level dropped drastically but the match commentators continued questioning her energy levels. After all, she clawed her way back from match point down in two hours 41 minutes yesterday and has another quarter-final to play shortly with doubles partner Ajla Tomljanovic.

Sabalenka next, after three-set battle with Rybakina 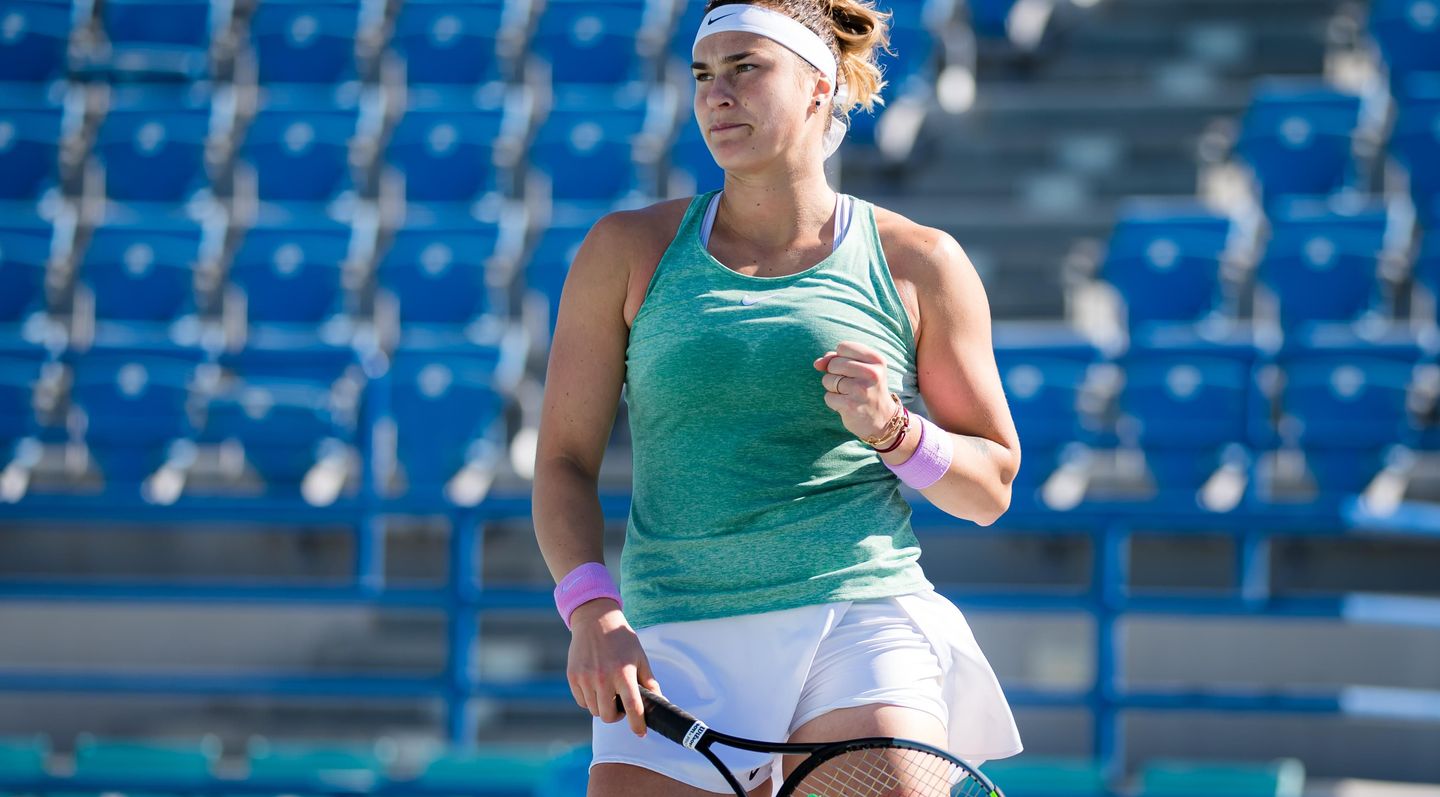 Sakkari’s reward for knocking the tournament’s top seed out, is another difficult challenge – this time against Aryna Sabalenka (#4), who herself had to overcome a second-set wobble before beating Elena Rybakina (#6) immediately before Kenin-Sakkari began.

She had 30 winners but 37 unforced errors, with her high-risk style almost being punished but alas, Rybakina failed to convert opportunities to complete a turnaround similar to Sakkari’s.

Sakkari won their first H2H meeting in 2019, but has lost three straight (China, Dubai, Doha) since then. Will recent history repeat itself or can the Greek continue her impressive tournament?