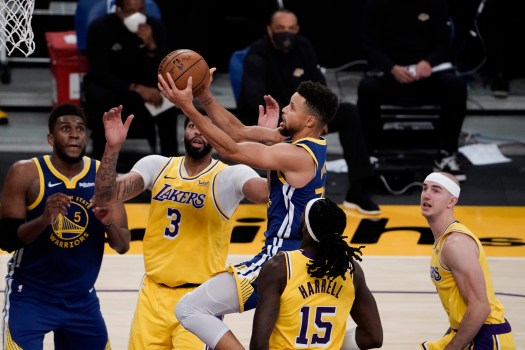 They might like to start sluggishly, but count the Golden State Warriors out of a game too early at your peril – nationally televised or otherwise – as Steph Curry again played a pivotal role during an unlikely comeback win at Staples Center against the defending champion Lakers. 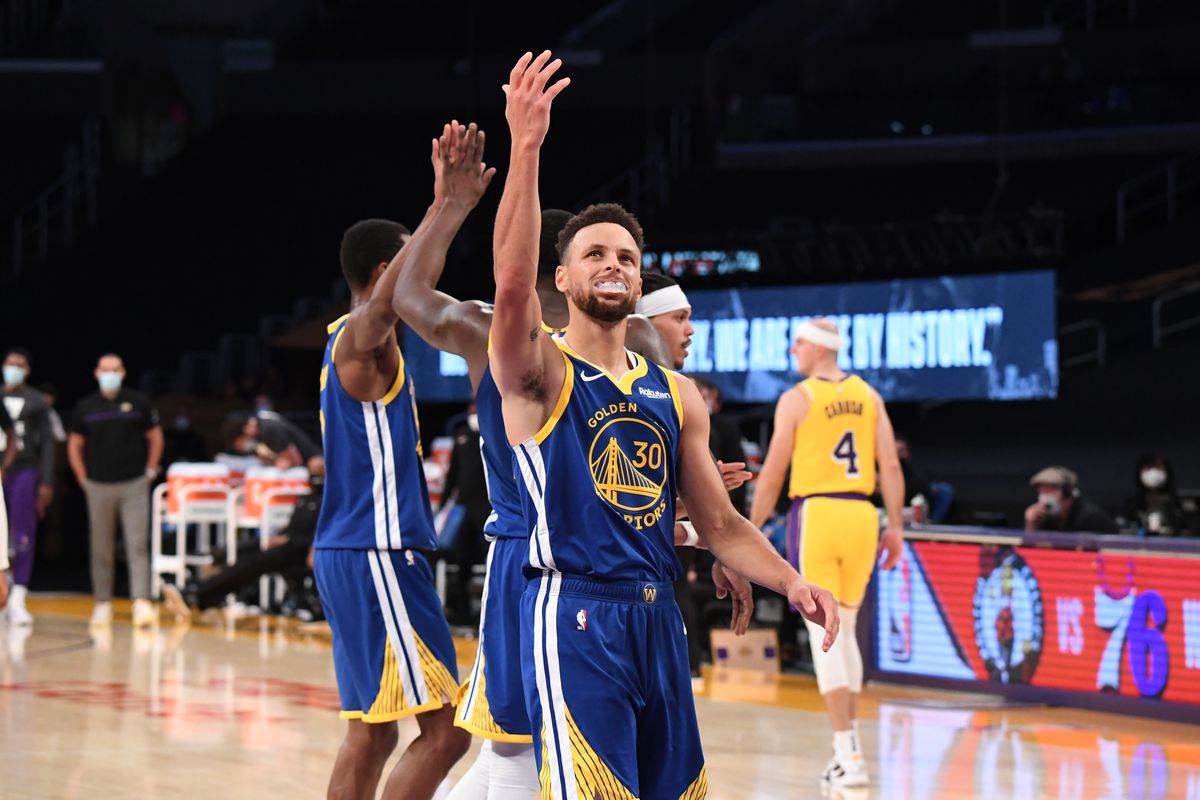 Like against the Toronto Raptors, LA Clippers, Portland Trail Blazers and Chicago Bulls before them, the Warriors remained competitive when many felt they wouldn’t – finding a way to win against the league-leading Lakers on the road after successive defeats (Indiana, Denver).

Their clash with the Phoenix Suns was postponed through COVID-19 health and safety protocols, so they had the weekend off after their 114-104 defeat by Nikola Jokic’s Denver Nuggets.

Jokic had another triple-double (23 pts, 14 rebounds, 10 assists) that night and there are parallels between the Serbian superstar and Curry.

Both are able to transcend their team’s offensive weapons in a way that makes them dangerous even when down 17 points and seemingly out, like Golden State were early in the third quarter.

LeBron James’ layup gave them an 11-point margin heading into the final twelve minutes, but Frank Vogel’s men were ice cold down the stretch (1-of-14 shooting from the field in the final eight minutes) and wasted possessions saw the Warriors claw their way back into proceedings.

Kelly Oubre Jr, who was heavily criticised for his poor early season play, picked the right night to produce his best display since being traded twice in the offseason (Phoenix, Oklahoma City). 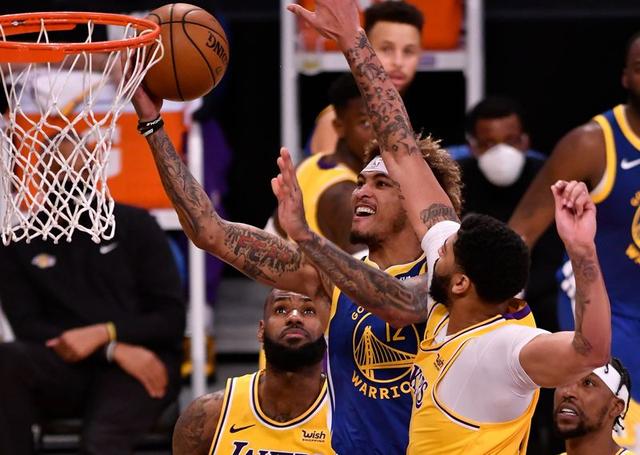 He had 23 points, four rebounds, two blocks and steals – including one in the final few minutes which rather typified the Lakers’ ball movement struggles. During his post-game interview courtside, Curry was quick to praise the 25-year-old as his contributions didn’t go unnoticed.

“We’ve been in every type of situation this year. There’s something about these big-time national TV games, we love getting down by 20 so… tonight we found some resilience, our second unit was unbelievable.

Kelly played his best game of the year in terms of staying confident, taking shots and playing amazing defence. Everybody chipped in, we weathered the storm against an amazing championship-calibre team so it’s a big win for us.”

Hall of Fame guard Reggie Miller spoke to him about his frustration after failing to ice the game with a contested layup, providing LeBron and co with a final chance to snatch a late winner.

“That’s a perfect situation, obviously, 30 seconds.. six-second differential (shot clock), you get a bucket and it’s game over.

Thankfully I milked the clock down, it’s all about keeping perspective on the positive – thank god I hit that three beforehand to give us a little separation so I’ll choose to think about that now.”

After the aforementioned three-pointer, over Anthony Davis no less, he’s now 12 made threes away from tying Reggie’s own record – second-highest in league history all-time at 2,560.

On it only being a matter of time before he does surpass that statistic:

“I hope so, I shoot enough of them so it’s a matter of sticking with it and obviously we, I’ve talked to you and Ray [Allen] before… nothing but respect and admiration for what y’all did, in terms of shooting the three ball so hopefully when that day comes, pretty soon, I’ll pay my respects to you!”

Golden State have a two-day rest before their scheduled back-to-back at home against San Antonio (Jan. 21) and New York (Jan. 22), then more travelling awaits – Jazz on Saturday. The Lakers begin an intriguing seven-game road trip in Milwaukee in the early hours on Friday.