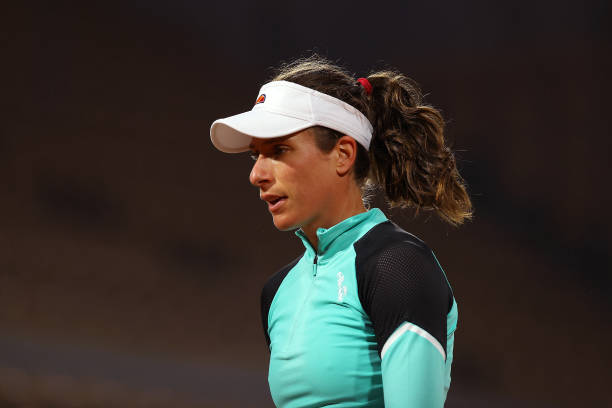 Johanna Konta, world number 14, has revealed how grateful she is to have been one of the lucky ones permitted to practice for five hours a day – considering 72 others, including compatriot Heather Watson (#58), have been locked in their hotel rooms for two weeks after positive COVID-19 cases were confirmed on flights taking players to Australia earlier this month.

With the 2021 Australian Open starting in just eleven days’ time, Konta spoke to ITV’s Lorraine programme from her Melbourne hotel on Wednesday about preparations and perspective.

Today is her final day of quarantine and unsurprisingly, she’s looking forward to Friday. As quoted by the Guardian, she said:

“This has definitely been a very different Australia trip so far, but the end is in sight for our quarantine period. Hopefully once that ends we can get back to some normality.

We have about two hours’ court time, an hour-and-a-half gym and an hour to get food, basically get ready to come back.”

She said she had been checking up on Watson, who is doing a “phenomenal job” considering the circumstances. 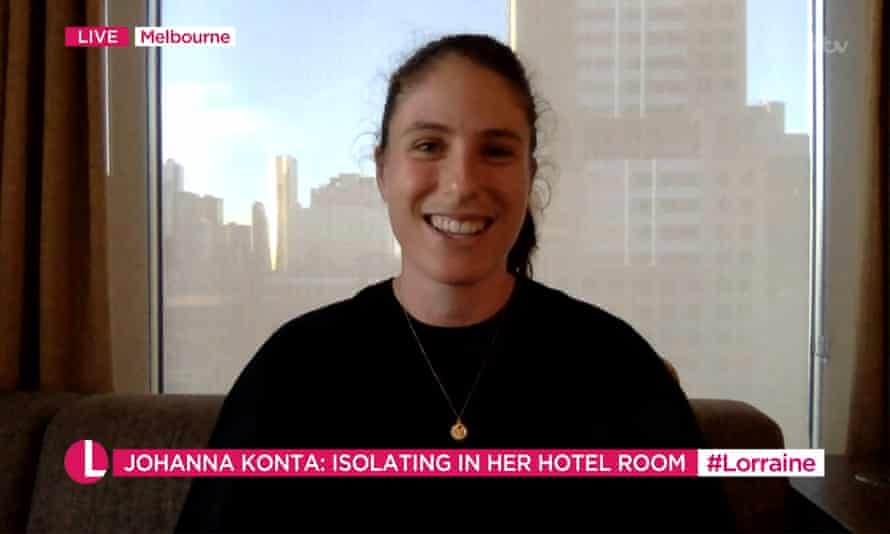 A troublesome knee injury hampered Konta’s 2020 campaign but nonetheless, she’s grateful for an opportunity to compete during these unprecedented times.

She lost three of her last four matches to end 2020: a R1 exit at Roland Garros after losing in straight sets against teenager Cori Gauff, following defeats against Garbine Muguruza (Rome) and a second-round loss at the US Open by Sorana-Mihaela Cirstea (world no.72).

“I feel very grateful, very lucky as an athlete to perform, to work, to compete and not a lot of people can say that. I am looking forward to the opportunity of playing, hopefully in-front of a crowd.

With my knee it is an ongoing process that I continue to manage, as an athlete you manage a lot of things with your body. I’m feeling good.”

After being forced to withdraw from next month’s Australian Open due to COVID-19 issues, Andy Murray has entered a lower-tier challenger tournament in Italy which starts on February 15.

Also read: Greg Rusedski – It will be tough for Murray to win Slams again post-lockdown

The tournament has 132,000 euros (£117k) in prize money. Among the competition is Lucas Pouille on the comeback trail, as well as Sebastian Korda, Andreas Seppi and Lorenzo Musetti. 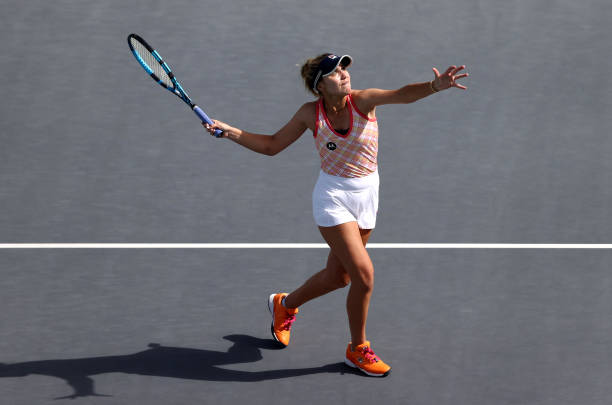 Kenin, pictured here during her match against Belgium’s Kirsten Flipkens earlier this month

Sofia Kenin (world no. 4) feels in form ahead of the Feb. 8 opener, preparing to defend her Australian Open title. During a event run by sponsor Motorola, she spoke to the media and said:

“I’m luckily able to practice, I’ve had almost two weeks with no day off, so it’s good. I had a tournament in Abu Dhabi so that definitely helped with match play – it was a good run, quarter-finals. I can’t complain, feel like I’ve got matches under my belt and definitely feel like I’m in form.”

Kenin lost in the quarter-finals to Maria Sakkari on January 11 and said she’s receiving advice from Novak Djokovic – who recovered from two sets to one down to win the 2020 men’s title.