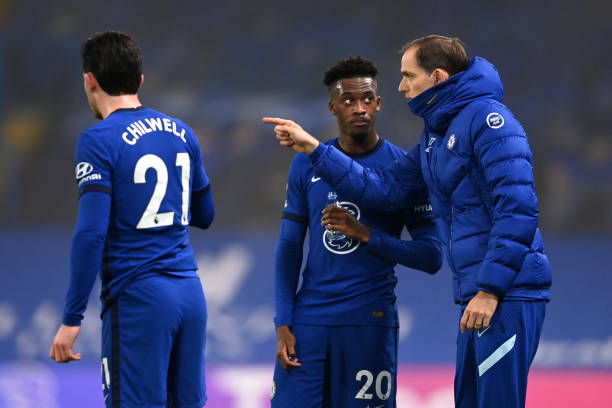 Every cloud has a silver lining, or so the saying goes. Frank Lampard’s 18-month stint as Chelsea manager was ruthlessly ended by lunchtime on Monday, but with the new man replacing him at the helm in west London, winger Callum Hudson-Odoi has an opportunity to replicate Christian Pulisic’s success under the German succeeding their club legend.

24 hours after the managerial appointment was made official, Tuchel revealed his surprise with Chelsea’s high intensity – though they were held to a frustrating goalless draw at home against Wolves last night, despite having far more possession (78%) and chances (14 shots) aplenty.

Hudson-Odoi played the auxiliary Victor Moses wingback role in his 3-4-2-1 formation and did well: three tackles – including one as the last man – five duels won, two key passes and 84.2% pass accuracy (48 completed).

Adaptability and various storylines within the team

Granted, that’s not the position he really wants to be playing and the 20-year-old revealed his inexperience with such responsibility post-match, but a willingness to soak up information and present himself could prove key as Tuchel continues experimenting over the coming weeks.

READ: Thomas Tuchel made PSG believe, but his time was numbered from the start

Among the key quotes taken from the club’s official website is this:

“He [Tuchel] wants me to be as direct, keep getting at fullbacks and defenders as much as possible. He knows all the attacking players can be free, score goals and wants us to be direct, keep pushing for goals and assists – told me to work up and down that line, be direct, staying as high and wide as possible.”

Tuchel highlighted Hudson-Odoi’s speed and confidence as they starved Wolves of chances, something that could stand him in good stead once a preferred formation is settled upon.

Reece James and Mason Mount – Lampard mainstays – and fellow academy graduate Tammy Abraham, were only on the substitutes’ bench for this drab result. Whether his team selection was unfair or not, opting for experience was understandable given the hand he was dealt. 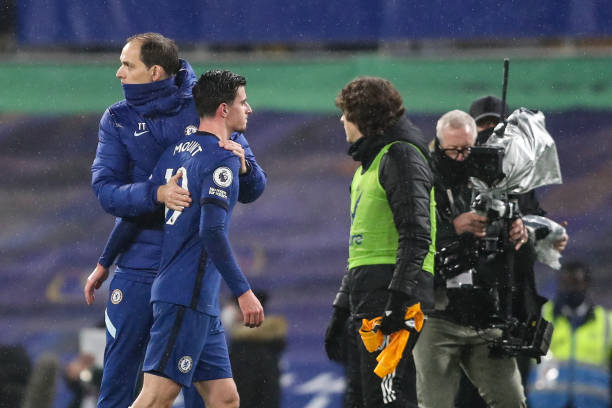 Mason Mount had started each of Chelsea’s last 13 PL games, but only made an eight-minute cameo

Although the early narratives have surrounded his ability to rejuvenuate Timo Werner and Kai Havertz’ form after their big-money summer moves, there’s more than meets the eye.

Wantaway centre-back Antonio Rudiger could be given a new lease of life under Tuchel, who he wanted to sign at PSG last season.

Meanwhile it’ll be interesting to see how playing expectations are tempered after the Thiago Silva – Kurt Zouma partnership that blossomed during the early part of the campaign.

Why Hudson-Odoi should use Pulisic’s path as motivation 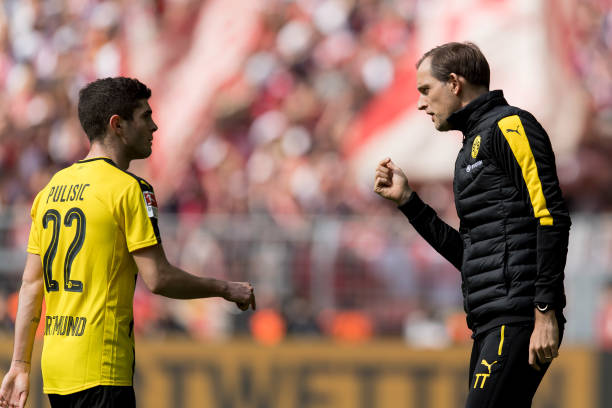 Hudson-Odoi has impressed in flashes so far this term (Arsenal and Manchester City cameos), but will look to emulate Pulisic’s Dortmund rise.

While the American winger hasn’t been granted a real opportunity to kick on since sustaining a hamstring injury against Arsenal on August 1, it’s his progression under Tuchel that attracted Europe’s finest and brought him to Stamford Bridge two years ago.

Although he’s played 650-odd more minutes under Lampard than any other manager to date, Pulisic’s best work as a professional came under Tuchel’s watch in Germany – handing him his Dortmund debut in 2015-16.

The rest, as they say, is history. This summer will mark two years since his £58m move was made official (loaned back to BvB for rest of 18-19 season), but Hudson-Odoi should take note.

That adaptability and readiness to feature wherever under new management helped Bukayo Saka establish himself as Arsenal’s shining light, increase the suitors vying for Declan Rice at West Ham and more besides.

For a player constantly linked with the exit door, Chelsea’s reluctance to sell shows awareness he’s a talent they don’t want to let go – maybe finally learning from their previous mistakes.

Bayern continue to monitor his situation and for good reason, but with Tuchel in charge, Hudson-Odoi probably has the best opportunity to cement a regular starting berth long-term.