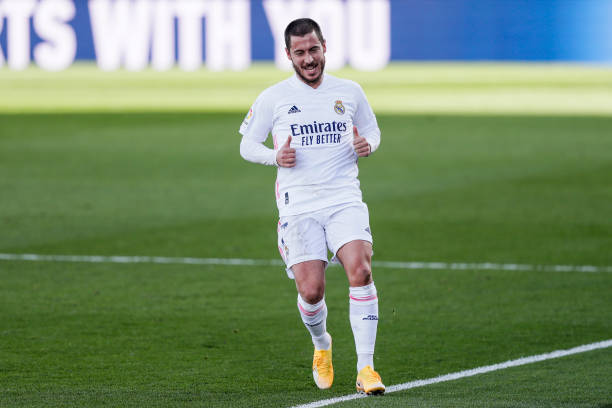 Eden Hazard’s persistent injury and fitness problems at Real Madrid have seriously hampered his progression since joining from Chelsea for €115m (£101.5m) in July 2019 and another fresh blow is expected to keep him out of their two-legged Champions League last-16 tie vs. Atalanta. 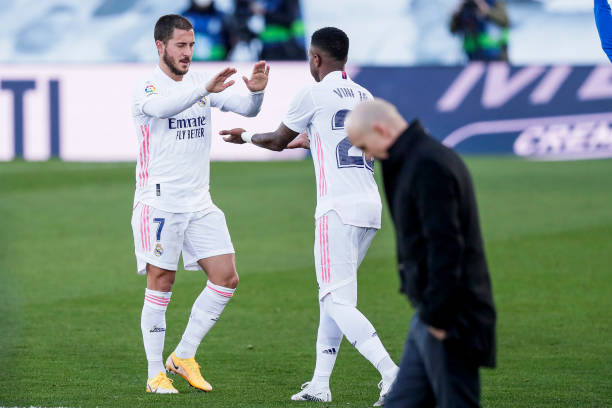 Per Marca earlier today, reports are suggesting Hazard could be sidelined for between four and six weeks with a new muscular injury.

Real confirmed news of his latest injury in a brief statement on their official website after he missed Tuesday’s training session and was withdrawn early today – before confirming medical tests have diagnosed the Belgium international with an injury to his left anterior rectus.

He has started four of their last six games, but failed to complete the full 90 minutes in any of them. Inconsistent form, injuries and issues over his fitness have made his time in Spain a nightmare so far – scoring just once with four assists across 22 appearances in 2019-20.

Having turned 30 last month, this latest news couldn’t come at a worse time for the winger, who had a goal and assist during their 4-1 away win over Deportivo Alaves on January 23. 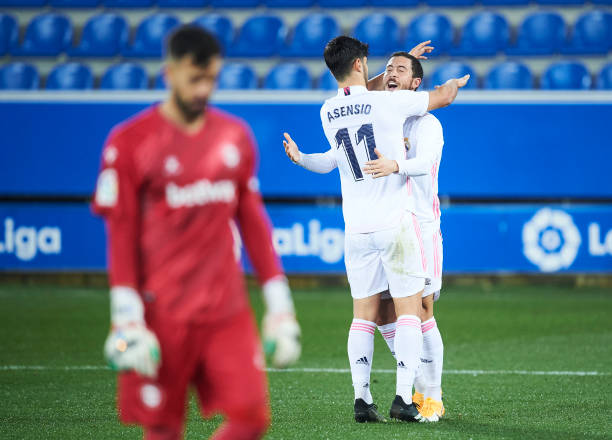 Zinedine Zidane’s men are already ten points adrift of leaders Atletico through 20 games – the defending champions’ inconsistency has been felt across all competitions and their reliance on the same core players is also too predictable: Toni Kroos, Sergio Ramos and Karim Benzema.

The latter missed two big chances against Levante, but is their top goalscorer (all comps) by a considerable margin – 15 goals and five assists since last season ended with a Champions League defeat by Manchester City in early August.

Back in late November, I wrote a Talking Points piece as Real Madrid were 2-0 away winners over Inter Milan in their UCL group stage matchup – Hazard’s display was of particular interest to me, as he clearly wasn’t at 100% but still produced an impactful performance to help them win.

Belgium’s national team doctor, Kristof Sas, chimed in with his thoughts on Hazard’s injury problem and while they’re collectively optimistic about his chances of arriving at Euro 2021 in top physical condition, he described the situation as a “dead end” that must be escaped.

As quoted by Football Espana, he said:

“We are awaiting the details to know more, but it’s clear that it’s worrying. Injuries at this stage of the season aren’t worrisome for the European Championship – it’s even a rest period – but with Eden it’s different.

“It’s another relapse, a chronic situation that always goes wrong in the end. First the ankle, then muscle injuries, it’s all very unpleasant.

Eden is in a vicious circle and it’s not easy to get out of it. It’s disturbing what happens with his musculature. He needs pace and continuity. The situation isn’t dramatic for us yet, but we must urgently escape this dead end.”