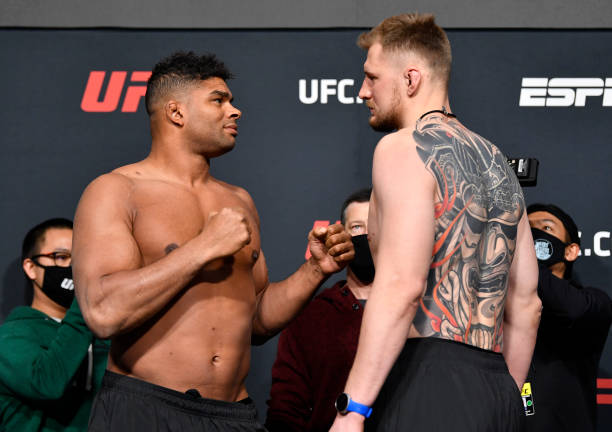 As he prepares for his fourth UFC main event tomorrow night, former Bellator champion Alexander Volkov (#6, 32-8 MMA) admits he doesn’t like the added media obligations given his reserved personality but believes a win over a seasoned veteran in Alistair Overeem (#5, 47-18) this weekend sets him on his way to becoming the future heavyweight champion, eventually.

After a week’s break between cards, we’re just over 24 hours from the UFC’s return to Las Vegas and the Apex where a heavyweight main event matchup between two experienced fighters eager for a future opportunity at gold headlines another big event across all weight divisions.

With the likes of #15 ranked heavyweight Marcin Tybura (21-6 MMA, 8-5 UFC) and unbeaten featherweight Movsar Evloev (14-0 MMA, 4-0 UFC) among their recent alumni, Volkov is among good company but the added spotlight has presented him with a love-hate relationship.

During yesterday’s media day, he was quoted as saying:

“I’m used to this, I understand that I have to do this but don’t like [it] all because I’m really a quiet guy trying to do my job, answer all the questions I can, to speak English a little bit.

I like the fact I’m in the main event because it’s a big show, big attention [and] it’s better for me, my future and everything. I’m enjoying this, excited to be on the main event with Overeem, so it’s cool.”

After being wrestled into submission by #2 ranked HW Curtis Blaydes in June, the 32-year-old earned a second-round TKO win over Walt Harris five months later on the UFC 254 card.

READ: UFC 258 – Burns vows to wipe out WW division, if he can beat Usman next Saturday

What about Alistair Overeem? 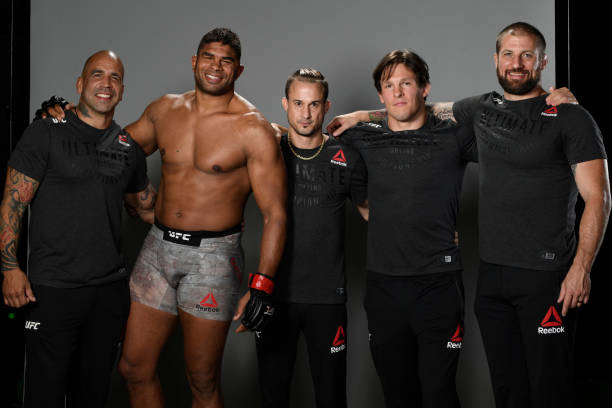 Following a KO loss by #3 ranked Jairzinho Rozenstruik in December 2019 – a matchup he was winning until the final seconds – Overeem has TKO wins over Walt Harris and Augusto Sakai since the UFC returned post-lockdown in May. After enduring a sluggish start to beat the latter, he said:

“This is absolutely the very best I’ve ever been. I continue to grow with the team, it’s awesome. We’ll see what the future brings – I see myself in action again in December or January.”

Volkov isn’t in a rush to become champion, like Overeem may be at 40-years-old, instead believing it’ll happen organically and when the opportunity arrives, he’ll be ready.

“For sure I will be champion in the future, I’m feeling just that I’m getting better, better and going for the belt.

It doesn’t matter if it happens this year, the next or in two years. I’m going for this, and I’m [giving] everything in myself to get there.” 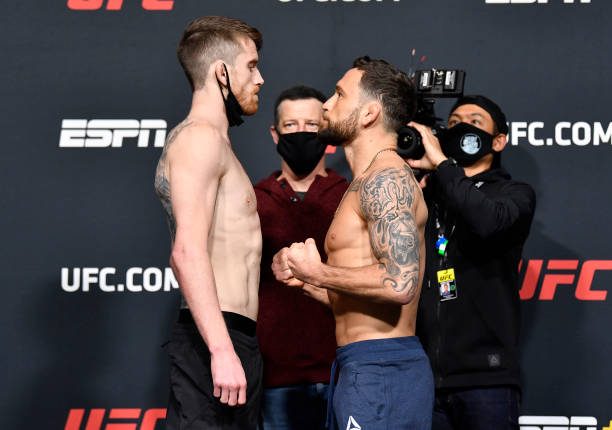 Elsewhere, #2 ranked bantamweight Cory Sandhagen makes his return against future Hall of Famer Frankie Edgar (#4) in the night’s co-main event with the winner seemingly next in line for a title shot vs. either new champion Petr Yan or Aljamain Sterling – they’re set to duel at UFC 259.

Sandhagen had this to say, about Saturday’s co-main:

“Frankie is a future Hall of Famer.

I really know that I can be one of the best in this division and be a champ for a really long time, and I really want to get that going. I want those years of being champ, and so it’s got to be that me and Frankie are next, whoever wins.”