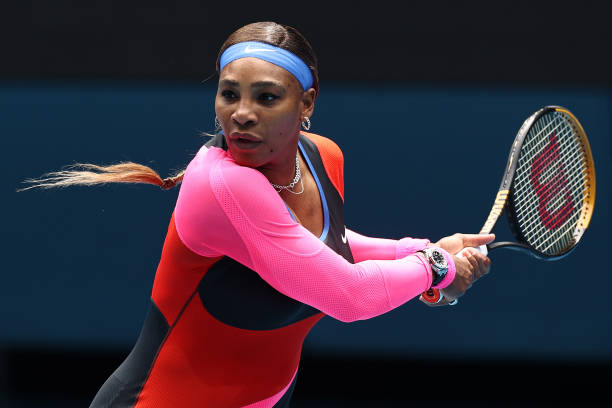 Serena and Venus Williams held their nerve after a few shaky moments, tournament favourite Naomi Osaka was ruthlessly decisive while French Open champion Iga Swiatek was solid en route to a comfortable first-round win. Elsewhere, a three-time Slam winner was knocked out in rather emphatic fashion and more besides as Day 1 of the 2021 Australian Open got underway.

nervous? Osaka wastes no time at all 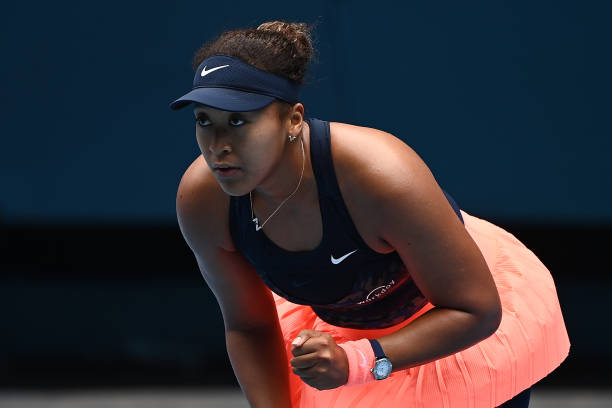 Naomi Osaka was excellent in a 68-minute victory to ease past Russia’s Anastasia Pavlyuchenkova 6-1, 6-2 – she’ll play France’s Caroline Garcia for a place in R3 on Wednesday.

Post-match, she revealed there were some nerves as they’ve engaged in gritty matches previously – especially the Hopman Cup three years ago – hopes to do well at the tournament but is “here to have fun”, undoubtedly her subtle way of trying to keep title expectations low.

Garcia was pushed early on by Slovenia’s Polona Hercog and won a first set tiebreak 8-6 before winning the second 6-3. It’ll be interesting to see whether Garcia can start better in the first H2H meeting between the pair, as Romania’s Irina-Camelia Begu pushed Osaka last week doing that.

Serena and Venus both prevail on Day One 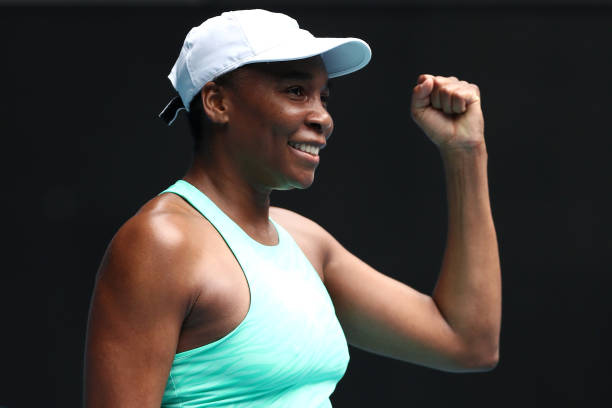 Serena and Venus Williams both got off to a winning start in their respective first-round matches early on Monday. Serena needed just under an hour to ease past Germany’s Laura Siegemund, after a nervy start where she lost her serve and squandered two break point opportunities.

Remaining composed was key as she grew in confidence, largely thanks to Siegemund’s inability to truly push her behind the baseline.

In the first set, Serena had nine unforced errors and eight winners. Siegemund made one less error, but only one winner in a set that suddenly flew by after being broken straight back at 1-1.

It quickly unravelled from there and the seven-time Australian Open champion was heralded for playing some vintage tennis on her 100th Slam match in Melbourne.

Post-match, she said she’s good at pacing herself during a two-week Slam schedule and drew inspiration from 43-year-old quarterback Tom Brady, who was closing in on the seventh Super Bowl title of his career overnight with the Tampa Bay Buccaneers during her on-court interview.

She’ll play Serbia’s Nina Stojanovic for a place in round three, who beat the aforementioned Begu in straight-sets (6-3, 6-4).

Venus meanwhile, similarly had to recover from losing her serve down 4-3 in the first set to outlast Belgium’s Kirsten Flipkens, winning 7-5, 6-2 in just over 90 minutes. Flipkens saved one set point down 6-5, but couldn’t overcome the 40-year-old as the match stats spoke volumes.

Having withdrawn from a scheduled warm-up event last week as the ankle injury sustained last month in Abu Dhabi hadn’t fully healed, Flipkens adopted an aggressive tactical approach to overwhelm Venus with power but it came at a price and she was duly punished by a wily veteran.

The ability to consistently hold serve proved key for Venus, especially early in the second set after the opening stanza could’ve gone either way.

After losing to younger sister Serena in her two previous Australian Open Finals (2003, 2017), Venus has already bettered last year’s result with this victory and will face Italian qualifier Sara Errani in R2 on Wednesday – who beat 30th seed Wang Qiang in a three-set comeback earlier.

Solid Swiatek strolls into second round 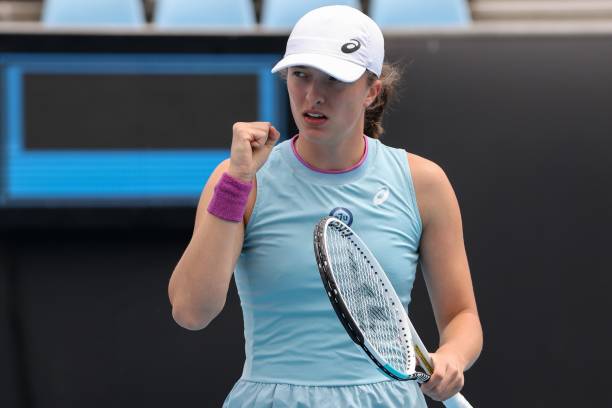 Swiatek was refreshingly solid vs. Rus, but can she flourish with high expectations in Melbourne?

After a shaky display in last week’s Gippsland Trophy, French Open champion Iga Swiatek was solid and prevailed 6-1, 6-3 vs. the Netherlands’ Arantxa Rus. The world number 78 beat Swiatek 7-6, 6-3 in Rome less than two weeks before the 19-year-old’s masterful run in Paris began.

This matchup was significantly shorter in length, largely centred on a first set that flew by after 33 minutes – despite both recording seven winners and 12 unforced errors.

As she did at Roland Garros, Swiatek stepped up her forward pressure in the big points and produced a clean striking showing despite Rus’ resistance late in the second set.

The 30-year-old saved two match points and her serving accuracy improved but it came too late against the Pole, who was able to counter-punch at will. The number of misses continued increasing as Rus felt compelled to look for the lines and while she had more winners (21-16), her 30 unforced errors were far too many as Swiatek claimed victory on the third time of asking.

It’ll be interesting to see whether the 15th seed can continue tempering expectations with Italy’s Camila Giorgi up next after a straight-sets win over Kazakhstan’s Yaroslava Shvedova. 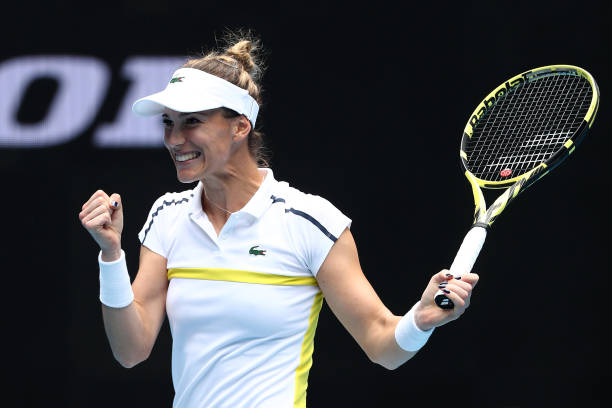 Three-time Slam champion Angelique Kerber won’t have an opportunity to build on her 2016 crown in Melbourne after a straight-sets defeat – 6-0, 6-4 – against America’s Bernarda Pera.

Pera had almost quadruple the winners (26) and two less unforced errors (23) in a match that featured 12 double faults between them and plenty of nervy moments as the end drew near.

It’s the latest in a series of frustrating Slam results for the 33-year-old German, who has now suffered seven first-round defeats since her first Grand Slam title at this event five years ago.

The 24-year-old won three straight games in the second set down 5-1 and continued forcing the former world no. 10 to play an extra ball during their frenetic rallies with increasing success, supported by channelled aggression and good shot selection to match.

After a routine forehand miss at 30-30 on serve, she presented the 2014 French Open junior winner with another match point – this time she gladly took it to seal her place in R2.

Monfils’ compatriot Corentin Moutet has set up an intriguing second-round encounter against Canada’s Milos Raonic, no. 14 seed, after outlasting home favourite John Millman in five sets (6-4, 6-7, 3-6, 6-2, 6-3) while Adrian Mannarino is another Frenchman comfortably through to R2. 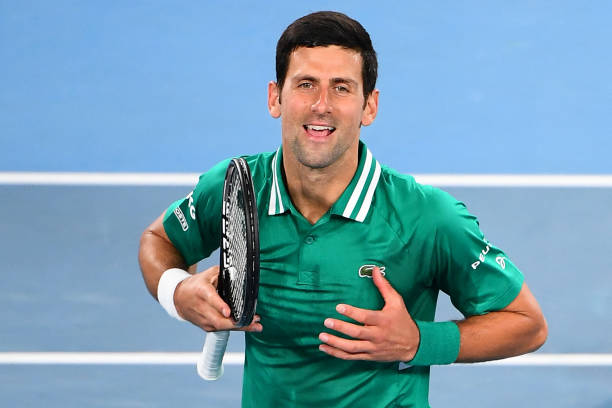 As dusk settled in Melbourne, there were big wins for many – including defending champion Novak Djokovic while Nick Krygios and Bianca Andreescu endured rough spells to prevail.

Djokovic fired 41 winners and just 11 unforced errors as he continued his impressive H2H record against Jeremy Chardy, who remains yet to take a set off the world no. 1 after 13 meetings.

Afterwards, he praised the crowd and looked ahead to a first-ever matchup vs. America’s Frances Tiafoe on Wednesday in R2 after the 21-year-old eased past Italy’s Stefano Travaglia:

“It feels great to see everyone back in the stadium, my heart is full, we hope these circumstances will pass soon.

This is the most [spectators, people] I’ve seen on court for 12 months, really appreciate your support, sometimes we take it for granted so thank you.

I’m looking forward to it, he’s aggressive and one of the quickest on tour.”

Kyrgios goes through the gears

Kyrgios finished with a flourish against Portugese qualifier Frederico Ferreira Silva, but needed seven break point opportunities to level the score at 2-2 in the first set. Among the excellent shots which caught the eye was a beautifully-timed tweener which cut the court in half mid-rally.

The crowd came to see a Nick Kyrgios tweener…

…and the crowd 𝐚𝐛𝐬𝐨𝐥𝐮𝐭𝐞𝐥𝐲 𝐥𝐨𝐯𝐞𝐝 𝐢𝐭 when they saw the Nick Kyrgios tweener 🙌😍#AusOpen pic.twitter.com/WrC4r75Dnq

Some purposeful serving did the trick as he gradually went through the gears to shake off a rough start with 40 winners, 14 aces and 28 unforced errors recorded in just shy of two hours.

“It was good to see [the fans] going nuts, it [my performance] was pretty average and I was definitely nervous.

Knew I wasn’t going to play my best but we played in juniors, he’s a tricky player and looking like he’ll be really good too. I’m glad to be back at work.”

He’s got another tough assignment in the form of France’s Ugo Humbert midweek, seeded 29th at this tournament and an “amazing” player who beat Japan’s Yasutaka Uchiyama in four sets. 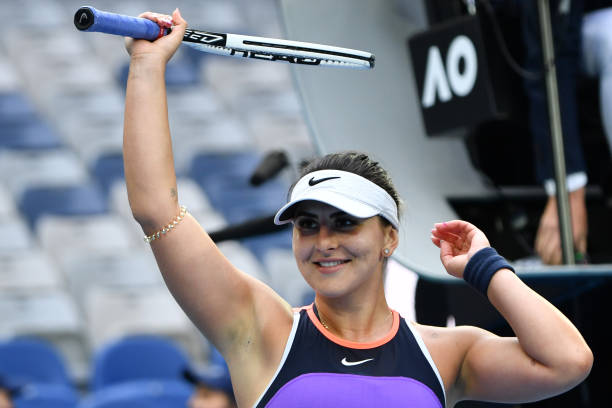 She wasn’t happy with her performance and understandably so, having recorded 34 unforced errors. Nonetheless, perspective was needed after her first appearance since October 2019:

“I’m super happy with how I fought through, it wasn’t easy, it means a lot – I’ve been through a lot [recovering from injury] but I realised it was worth it.

I was missing a lot of balls today, hopefully I can raise my level but kudos to my fellow Romanian Mihaela.”

She was down 3-0 in the deciding set, but managed to win 13 of the next 17 points – raising her level just as the pressure started to increase. She’ll play Su-wei Hsieh for a place in round three on Wednesday, after the Taiwan international knocked out qualifier Tsvetana Pironkova. 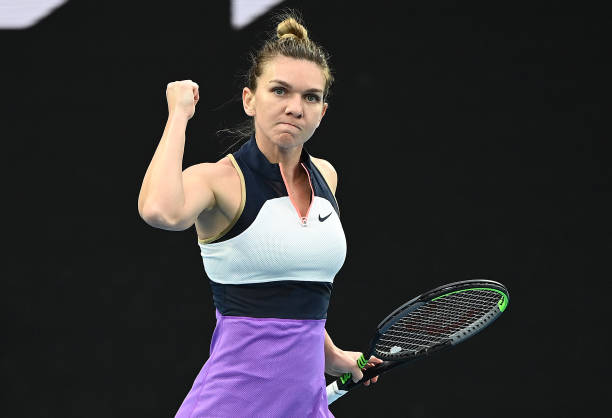 Halep, who was struggling with a back issue last week, started the Slam with a comfortable win

She made quick work of wildcard Lizette Cabrera, dropping just three games against the home favourite before revealing her fitness won’t be an issue against a big hitter in Ajla Tomljanovic.

“It feels great to be back, today was a good day. I want to congratulate her [Cabrera], still young and has a bright future ahead. I feel good, my body is fit, it’s always difficult to play [Tomljanovic] but just have to focus on myself.”

During a post-match interview with Eurosport, she said she had treatment on her back after last week’s defeat and feels much better now – suggesting the cold conditions worsened things.

Similarly, Tomljanovic dropped just three games against Japan’s Misaki Doi but hasn’t surpassed the second round at her home slam in seven previous attempts. Will it be eight?

Sinner takes Shapovalov to the brink in five-set thriller 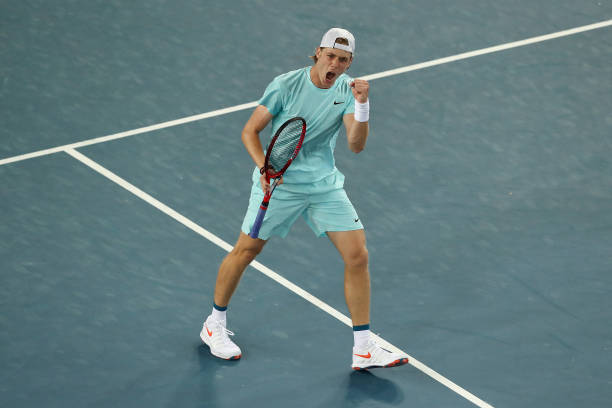 Shapovalov, 11th seed here, was taken to five sets against another exciting youngster in Sinner

Denis Shapovalov recovered from a set down to beat Italian teenager Jannik Sinner but was pushed in an unpredictable five-set clash with plenty of twists and turns.

He prevailed 3-6, 6-3, 6-2, 4-6, 6-4 and picked his moments late on – whether it was under-arm serving, a timely ace or the beautifully-constructed forehand winner up the line to seal an unforgettable win against a youngster clearly suffering from fatigue after his success last week.

The 21-year-old Canadian talent produced a whopping 62 winners to Sinner’s 26, but tallied nine double faults and an eyewatering 71 unforced errors: it goes without saying that needs to be rectified and quickly if he’s to earn a deep run in Melbourne for the first time.

“You don’t want to play long five sets at the beginning of a tournament, Jannik is so talented, a great guy and really happy to get the win.

Matches like these are why I play the sport, win or lose I’m going to remember this, the quality of tennis, it was fun.”

He paid tribute to mum Tessa, who endured a mix of emotions courtside and looked ahead with Australia’s own Bernard Tomic next in R2 after Japan’s Yuichi Sugita withdrew through injury midway through their matchup.