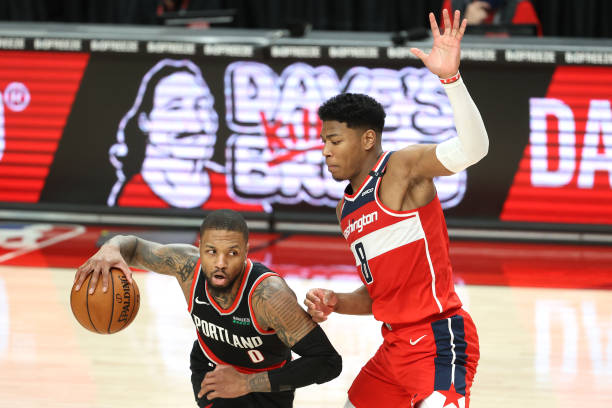 Read on for two NBA match previews as Shai Gilgeous-Alexander and the Oklahoma City Thunder (12-18) host a determined Miami Heat (13-17) side, while reigning West Player of the Week Damian Lillard looks to propel an undermanned Portland Trail Blazers (18-11) to a big road win vs. Phoenix Suns (19-10), with both vying for fourth place out West. Who will prevail? 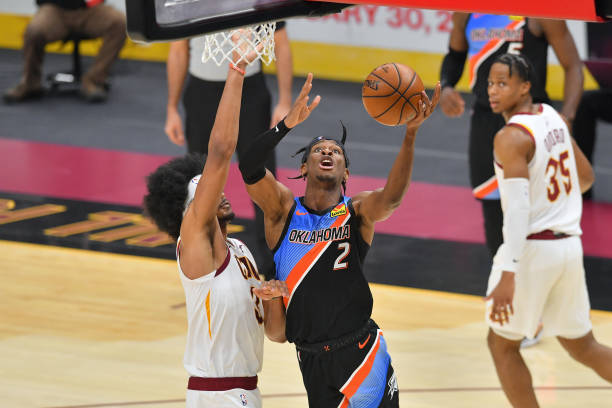 Kendrick Nunn had an efficient showing as Miami were 96-94 winners against the defending champion LA Lakers in the early hours on Sunday. Bam Adebayo produced a double-double (16 pts, 10 rebounds) alongside a team-high six assists, while Jimmy Butler had 24 points too.

Although the Lakers were without All-Star big man Anthony Davis (calf strain), it was nonetheless a morale-boosting win for Erik Spoelstra’s men, who have injuries of their own to deal with.

Can they make it three in a row away in Oklahoma next, as their cross-conference games continue on this occasion against a Thunder team who were comfortable winners last night?

Although the Heat scored just 15 points in the fourth quarter, they held LA to 17 and hung on when Alex Caruso missed a long jumper at the buzzer. Nunn, who played a pivotal role despite not always being the first-choice option in Miami’s backcourt, said their confidence is growing.

“You can tell that the chemistry is building, we’ve been together for a week and a half, it just gives us more of a feel for each other.

We’re moving in the right direction now, dropped a couple early but starting to give ourselves the best chance at the end of the game.”

Post-game, head coach Erik Spoelstra focused positively despite their injury issues – it’s allowed them to grow accustomed to missing players, adding an edge they may have previously lacked.

“We’re used to it, every game there’s going to be something – this is developing a level of toughness in our group.”

Avery Bradley (calf) and Chris Silva (hip) are both listed as out, while backcourt duo Goran Dragic (ankle) and Tyler Herro (hip pointer) are listed as day-to-day on the latest injury report.

Herro produced five points, four rebounds and three assists in 14 minutes off the bench away in Los Angeles, while Dragic again could only watch Miami’s latest road win from the sidelines.

The 34-year-old veteran is averaging 14.4 points, 5.3 assists and 45.6 FG% in 26.5 minutes per contest this term after a heartbreaking end to the previous campaign, having missed their NBA Finals defeat in the Orlando bubble through a torn left plantar fascia injury.

As for the Thunder, they’re missing two players – George Hill (thumb) and Trevor Ariza (personal) while presumably feeling the effects after a 117-101 road win in Cleveland overnight.

Powered by All-Star hopeful PG Shai Gilgeous- Alexander, OKC handed the Cavaliers their 10th consecutive loss – 31 points (3-of-3 3PM) and nine assists, while Hamidou Diallo and Mike Muscala starred with impactful contributions off the bench. Can they pick up where they left off?

Perhaps with OKC’s road win in Cleveland taken into account, ESPN are comfortably backing a Miami win here (70.3%) between two teams with similar records under .500.

With a few more games before next month’s All-Star break, the Heat will look to finish strong after a sluggish start to the regular season has slowly but surely been improved upon – just look at the Jimmy Butler post-game interview as a reference of their quiet confidence brewing. 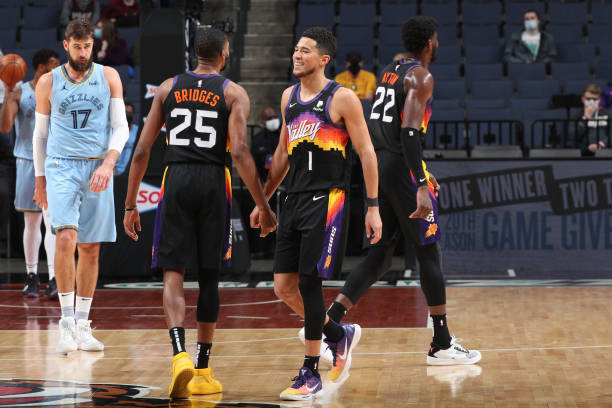 An intriguing Western Conference clash features overnight, as the Phoenix Suns (19-10) entertain Damian Lillard and the Portland Trail Blazers (18-11), with the pair currently vying for fourth in the regular season standings.

This is game 30 of 72 but although Lillard is without backcourt partner CJ McCollum (foot) and starting center Jusuf Nurkic (wrist), the franchise star will be itching to produce a more efficient shooting display than the one during their 118-111 defeat by the Washington Wizards overnight.

Can he and his teammates overcome a confident Suns team with eight wins in their last ten?

Lillard led the game in attempted shots (30) and minutes played (38:56) but was unable to carry Portland against a spirited Wizards effort, headlined by All-Star duo Bradley Beal and Russell Westbrook both shooting efficiently.

Such has been Washington’s struggles this season that the backcourt pairing hasn’t yet found their feet as quickly as hoped, not helped by injuries and COVID-19 impacting their rhythm but there was no such issue overnight.

They were outscored 25-19, with veteran PF Carmelo Anthony and promising SG Anfernee Simons disappointing with their shooting from the field (4-of-20 combined, 16 pts).

They weren’t the only ones at fault, but it goes without saying that they must collectively improve their scoring numbers if they’re to bounce back on the road in Phoenix overnight.

Contrastingly, five Suns players had 15 points or more against Memphis yesterday, including star guard Devin Booker (7-of-13, five 3PM) while PG Cameron Payne and PF Dario Saric particularly stood out from the bench – combining for 38 points on 14-of-19 shooting (including eight 3PM).

As a team, they shot 52.2% from three-point range and recorded 53.5% total FG, both numbers unsustainable going forward. Will their drop-off in shot efficiency be drastic, or a gradual one?

With their recent form in mind, ESPN’s BPI are pulling no punches by picking a Phoenix home win (64.6%), especially considering successive away victories against the Pelicans and Grizzlies.

They’re better on paper than the Blazers, who have done considerably well without CJ McCollum but struggled at home against the Wizards last time out.

Efficient shooting nights for both Lillard and Gary Trent Jr are their keys to success here and while I don’t think it’s an easy clash by any means, I’m predicting a hard-fought Suns victory.