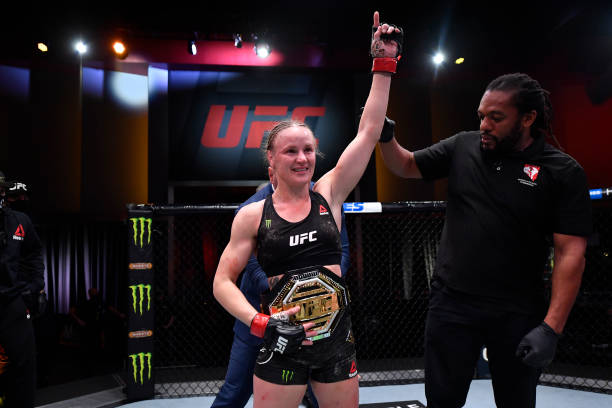 ESPN’s Brett Okamoto was the first source to confirm the news, after UFC president Dana White informed their broadcast partner of the same earlier today. The event currently doesn’t have an official location or venue, though it’s the fourth matchup already pencilled in for the card.

Shevchenko (20-3, 9-2 UFC) has been dominant in the 125-lb division since dropping down a weight class three years ago. She won the vacant belt beating another fierce former strawweight champion in Poland’s Joanna Jedrzejczyk at UFC 231 (49-46 x 3) and hasn’t looked back since.

Shevchenko is ranked #2 to only the consensus best female fighter of all-time in two-weight champion Amanda Nunes, who inflicted her only UFC defeats (March 2016, September 2017). 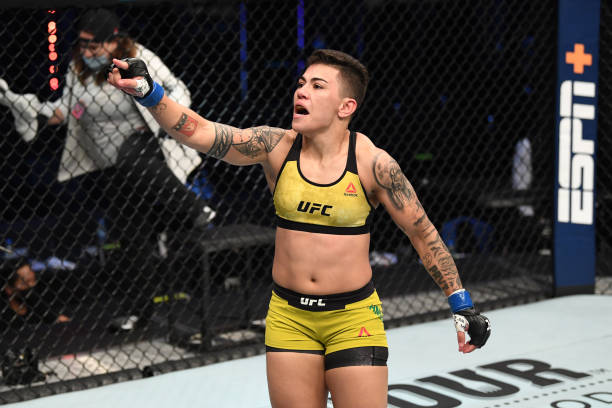 Andrade (21-8, 12-6 UFC) knocked out Rose Namajunas in May 2019 at UFC 237 to win the strawweight championship on her second attempt, before suffering successive defeats to China’s Zhang Weili and a Namajunas Fight of the Night rematch last summer at UFC 251.

She returned to winning ways with an emphatic first-round TKO win over Chookagian last October on her flyweight debut, earning a Performance of the Night bonus to boot, before revealing she was prepared to wait her turn in line for a title shot.

Although #3 ranked flyweight Lauren Murphy has made her thoughts clear on why she deserves the next opportunity, Andrade has done precisely that – skip the line. It’s not surprising either.

Shevchenko wants to stay active, and had this to say after her latest title defence:

“I don’t choose my opponents, whoever in front of me [is] who I’m going to face. It doesn’t make any difference – Andrade or someone else, whoever.

It would be fair to have Andrade vs Lauren Murphy because Lauren showed her strengths and has a lot of wins. But the question [is] if I want to wait that much, I don’t because I was waiting a lot already.

I’m ready to go back to the octagon as soon as I feel good – and I feel good.”

After all, the 29-year-old appears the best and toughest matchup for Shevchenko to face.

It’s a main-event fight – five rounds – which could benefit her over the course of 25 minutes judging by how she acquitted herself to recover from a sluggish start vs. Namajunas last summer.

Some critics believe that Maia’s display, while ultimately unsuccessful and largely frustrating to watch, equally proved Shevchenko isn’t as unbeatable as many are making her out to be. Only time will tell, though this appears her toughest challenge since beating Joanna three years ago. 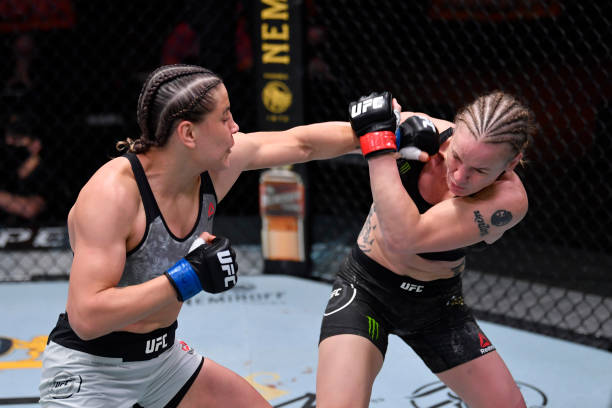 Maia had some success, but it was too infrequent to trouble the defending champ

As far as competition goes, that can only be a good thing.