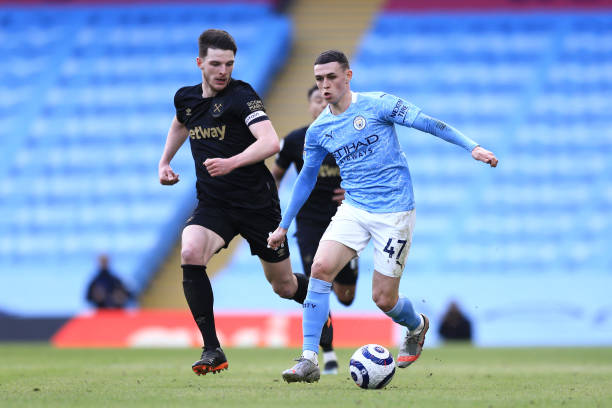 David Moyes’ comments Saturday on captain Declan Rice were refreshingly bullish while shedding light into an intriguing subplot as the season unfolds. While a lot of fanfare has covered Tomas Soucek’s rise, Jesse Lingard’s immediate impact and an unlikely but very real European qualification charge, the England international has proven a dependable constant.

It’s coming up eight years to the month Chelsea released him from their academy and yet Declan Rice has asserted himself among new surroundings elsewhere in London with an infectious joie de vivre attitude you wouldn’t usually expect from a youngster operating in defensive midfield.

Disciplined, a tough-tackler and tactically intelligent, West Ham are quietly building around him.

Having made his first Premier League start three-and-a-half years ago, he took over from Mark Noble as their captain this season and grown in confidence as an already-established mainstay.

The Hammers (45 pts from 26 games) sit two points behind fourth, with a game in hand on the side who let him go all those years ago – and are among those often linked with his signature.

Manchester United and leaders Manchester City have already watched him on multiple occasions, Chelsea’s interest had been “cooled” by Frank Lampard’s dismissal while defending champions Liverpool are said to be lining him up as a Georginio Wijnaldum replacement.

Two years ago this month, Rice revealed he was trying to ignore all the transfer speculation.

It appears the same situation has returned all over again, albeit for different reasons – having finished a frustrating 13th, 10th and 16th in his first three full seasons as a first-team player.

What did Moyes say about rice’s reported price tag? 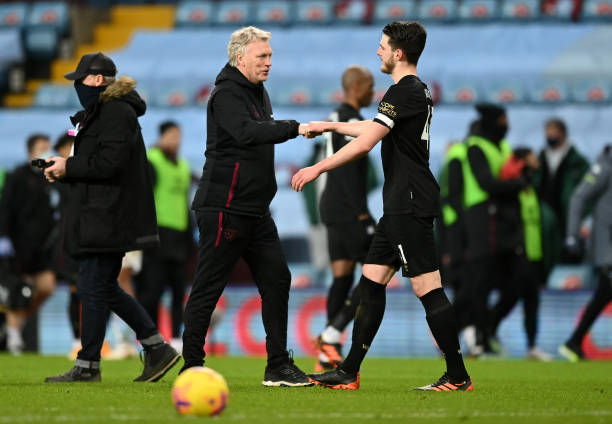 As quoted by the Standard, Moyes said:

“I don’t agree with the owners that Rice is a £100m footballer, far far more.

I look at the players who have joined some clubs from overseas, come in and nowhere near had the impact [he] would have. Also English, just had Brexit, so I wouldn’t agree.

For me, I have watched the prices of some players and they could not lace Rice’s boots. I certainly wouldn’t put a price on it, you can decide which figure you want to put but I wouldn’t be sanctioning anything like that.”

As I alluded to earlier, Moyes believes the club’s recent progress and development of a core group of key players reinforces their insistence that Rice can progress without having to leave.

This time a year ago, they were near the foot of the table alongside Bournemouth – who were relegated – and Moyes’ own redemption has been admirable to see as players like top goalscorer Soucek (8) and Manchester United loanee Lingard (three goals, one assist) continue to impress. 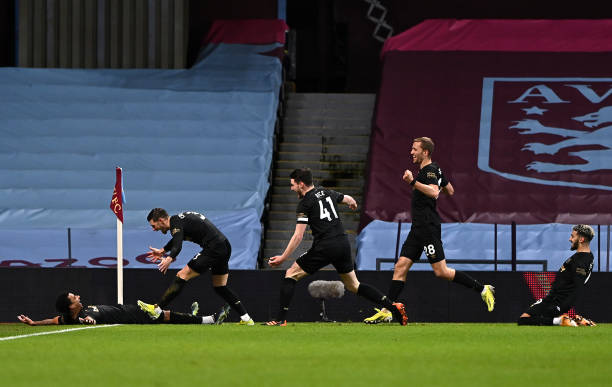 “I look forward to keeping all the boys, building a young team.

If we could finish in some sort of European position, it would be progress – for him as well, because they’ve been bobbing round the bottom, so this [situation] is new for Declan as well.

There’s no questions now about relegation, but instead, can you get into Europe? As a manager you don’t feel as much stress or pressure.”

Rice himself is under contract until June 2024, with a club option for a one-year extension, so West Ham certainly have leverage – though Moyes confirmed they have had no contact from interested suitors and hopes that continues with this very public hands-off warning. 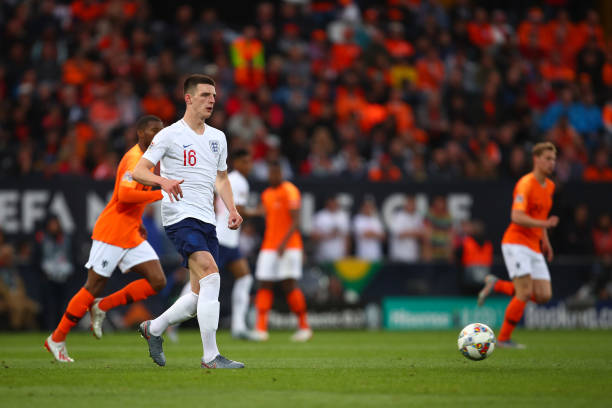 It feels like just yesterday, Rice relished the challenge of tracking Barcelona’s Frenkie de Jong – 20 months apart in age – as England lost to the Netherlands in their Nations League semi-final two summers ago. He already has ten caps for England, since making his debut three months prior.

Teams like West Ham, Aston Villa, Everton and Leicester aren’t powerless to letting their key players leave unless those league rivals pay a premium – Harry Maguire’s world-record £80m move to Manchester United two summers ago was another reminder of that balance shifting.

Tottenham tried and failed to sufficiently unsettle the Villains into relinquishing Jack Grealish to their clutches, yet he’s improved upon his previously inefficient numbers while asserting himself as one of the division’s best players, spearheading them into a similar position to West Ham.

West Ham host newly-promoted Leeds tonight (8pm KO BST), hoping to bounce back after suffering a hard-fought 2-1 away defeat by Pep Guardiola’s City side on February 27.