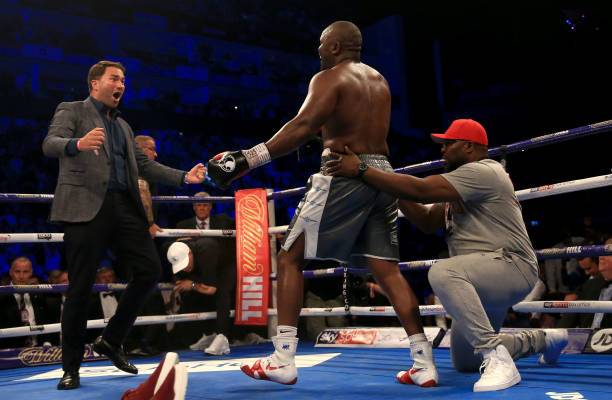 After former IBF featherweight champion Josh Warrington’s surprise knockout defeat by heavy underdog Mauricio Lara, Hearn has had to adapt his PPV plans for May 1 – which appear set to feature Chisora (32-10) against Parker (29-2), a matchup previously scheduled in October 2019.

Parker pulled out a month prior through illness due to a suspected spider bite, but interest over rescheduling it at a later date never truly cooled. As he told IFL TV, Hearn cautiously doesn’t want to give too much away yet but hinted there are championship fights and big British names too.

“I don’t want to give too much away but there is three other world championship fights, two big British names as well. It’s a special card we’re putting together – but there’s quite a lot to do and we’re running out of time.”

I want to get it finalised before I go back to Texas next week for Chocolatito-Estrada, if we can pull off what I’ve got in front of me on the pad, which is my notes, then it’ll be a really special night.” 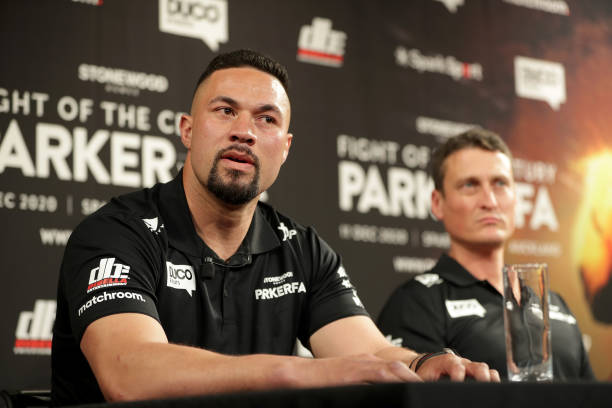 Parker recently split from his long-time trainer Kevin Barry and according to Stuff.co.nz today, his new trainer will be Andy Lee – recommended by WBC title-holder and friend Tyson Fury.

They’ll work together for one fight and the partnership can extend if they gel together – Lee was in Fury’s corner as an assistant to Sugar Hill Steward during Fury’s Deontay Wilder win last year.

Parker (#3 WBO) is still regarded as one of the world’s top-10 heavyweights but his stock took a considerable hit against Fa last month.

Chisora (#10 IBO) remains a fan favourite despite his losses and has proven an acid test for the division’s best – like against former unified cruiserweight champion Oleksandr Usyk in October.

While the pair verbally agreed to fight in two months’ time last week, Parker’s manager David Higgins wants the 29-year-old to have at least seven weeks worth of a fight camp so it makes sense he’s venturing to London – where Lee is based – if everything is to come off in time.

As reported by Stuff, a number of high-profile boxing trainers worldwide registered their interest in working with Parker after the Barry split was revealed.

Among the coaching shortlist, three notable names were listed:

US-based Abel Sanchez – Had managed Andy Ruiz Jr during his world title defeat by Parker in 2016, but most notably known for overseeing the rise of superstar Gennady Golovkin

Ireland’s Shane McGuigan – who hails from the famous Irish fighting family, was named the 2016 trainer of the year by the Boxing Writers Association of America 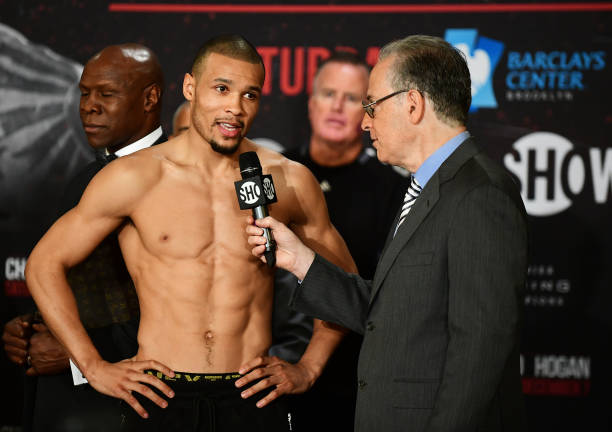 Among those Hearn is trying to place on the undercard is WBA’s interim middleweight champion Chris Eubank Jr – who signed a promotional deal with Team Sauerland in January.

“I’d like to try and get Eubank on the May 1st card with Chisora-Parker and everybody else, we’ll be talking about that.

He hasn’t boxed for quite a long time but I think there’s some big fights out there for him once he gets his return out the way.”

The week prior, Hearn revealed he was exploring a possible catchweight bout between Eubank Jr and Kell Brook (39-3), who suffered a fourth-round TKO defeat by WBO welterweight champion Terence Crawford in the United States on Nov. 14.

As I wrote at the time, the most sensible option for Eubank to actively pursue is a matchup against WBA champion Ryoto Murata (16-2), who also hasn’t fought since December 2019.

However, the cautious nature of Hearn’s comments suggest a tune-up fight is more likely on his in-ring return. The last time Eubank Jr was truly tested, was against James DeGale in Feb. 2019.

On that possible matchup, Hearn was quoted as saying:

“I just felt there’s history there. Kell took the Golovkin fight, they had some beef back talk. Kell must move to 154 if he’s to carry on, Eubank is at 160.

It’s just a random fight that I quite liked. Then Eubank came out in the media and said that would be a good warm-up fight, a tune-up. Kell sort of responded, you know.”

Although suggestions of potential retirement floated around after the manner in which he lost to Crawford, Brook’s response to Eubank Jr spoke for itself:

Talking about warmup fight?… you and your IBO belt been warming up for years now. Get serious and we can 📞