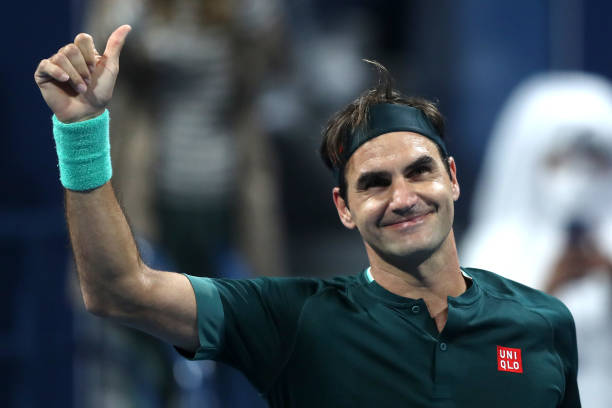 It wasn’t easy, but 20-time Grand Slam champion Roger Federer made his return one to saviour for the socially distanced fans watching on: involved in a high-quality clash after a 405-day absence from competitive tennis while producing multiple impressive moments en route to a 7-6, 3-6, 7-5 win over Britain’s Dan Evans (#28) in the last-16 of this year’s Qatar Open in Doha. 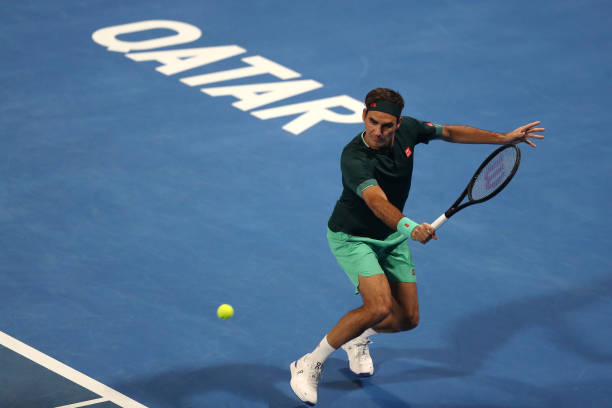 Federer is into the quarter-finals of this year’s Qatar Open – a tournament he’s already won three times previously – having emerged past Britain’s top-ranked player in Evans, world no. 28.

The pair have trained together in Doha over the last fortnight, preparing for this ATP 250 event after Evans’ Australian Open campaign was ended by compatriot Cam Norrie last month.

“It was a great match, Dan played a good match too, he’s been a wonderful training partner for me the last two weeks, we’ve played over 20 sets so here we went on and it was great fun – very special and very happy.

Having received a bye into the last-16, Federer will face Georgia’s Nikoloz Basilashvili next, after the 29-year-old dropped just four games against Tunisian wildcard Malek Jaziri earlier today.

Russia’s Andrey Rublev – world number eight – is the only player left in this week’s draw who reached the quarter-finals of the year’s first Grand Slam.

He beat Hungary’s Marton Fucsovics 7-6, 6-4 to win the Rotterdam Open tournament last week and could potentially face him in a swift rematch tomorrow, with a semi-final place up for grabs.

In a match lasting two hours and 24 minutes, Federer admitted during his courtside interview post-match that he was tired and focused more on fatigue than winning individual points. 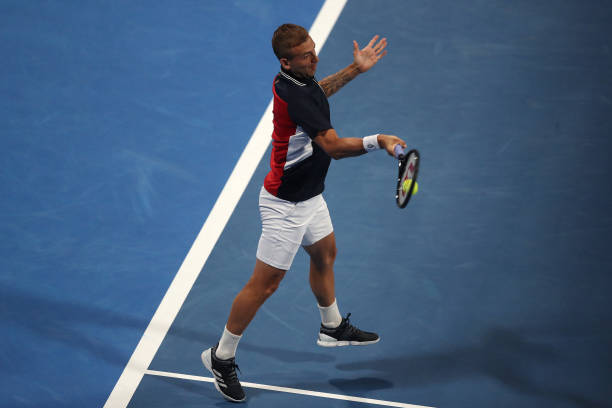 However, he also said he’d lose swinging if he was to suffer a comeback defeat – having narrowly edged the first set with a 10-8 tiebreak score.

“Dan had more energy at the end, I served very well, incredibly happy [to win] but he helped me out a little bit – it’s always nice to finish with a backhand down-the-line on match point.”

After doing well to save one match point with gutsy court coverage and purposeful returns, Evans crumbled on serve with the chance to take the deciding set to a tiebreak – gifting Roger two more opportunities to shut the proverbial door.

He finished with a flourish, much to the crowd’s delight. On whether the condition of his knee is now 100%, Federer remained cautious but hailed his team’s support during challenging times.

“I don’t know if it’s pain-free, it’s important that I feel this way tomorrow, the next day and like this for the next six months but it’s been a long, tough road for me – I enjoyed it, a huge challenge in my career.

It’s not simple at my age to comeback but a wonderful team around me who always support, made it much easier and it [the win] made this worth it.”