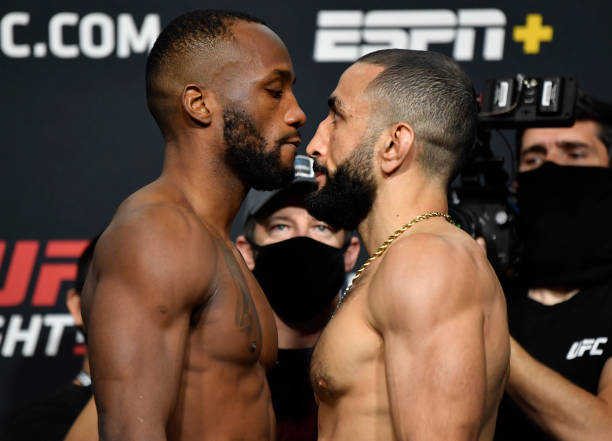 A year ago this weekend, welterweight contender Leon Edwards (#3) had his highly-anticipated matchup against former champion Tyron Woodley cancelled due to the rapidly-changing COVID-19 pandemic. It’s been 600 days since his last walk to the Octagon but with short-notice opponent Belal Muhammad stepping up, he targets a big return in Saturday’s main event.

It must have felt bittersweet watching Kamaru Usman retain his welterweight strap last month for Leon Edwards. After all, Gilbert Burns (#2) seized a golden opportunity – presented by unprecedented circumstances worldwide – reeling off two big wins while most watched at home.

That included one half of this weekend’s main event, as travel restrictions saw the British-Jamaican unable to compete – before an exciting proposed clash vs. rising contender Khamzat Chimaev was shelved three separate times with both enduring contrasting COVID-19 issues.

“I feel all these guys in the top 15 are pretty similar anyway. If they’re going to fight me, they’re coming to shoot for takedowns. Khamzat is a wrestler – Belal is similar, got a wrestling background.”

Edwards (18-3) hasn’t earned many new fans in the months that followed, though he wasn’t granted the chance to shine bright – in what was expected to be an unforgettable homecoming.

On his mindset and remaining aware to develop behind-the-scenes when he couldn’t get a fight:

“I thought, ‘you know what? Let’s use this time to improve my skills, refocus myself and get better. When the time comes, I’ll be ready to fight.’

That’s what I’ve been doing over the last year-and-a-half. Skills, mindset and I’m looking forward to competing Saturday night and showing the fans what I improved on.”

A new start, a new home 🇯🇲🏴󠁧󠁢󠁥󠁮󠁧󠁿
Out of the streets and into the cage 👊

From Kingston to Birmingham: This is @Leon_edwardsmma's incredible journey to headlining #UFCLondon on March 21 🙌 pic.twitter.com/K9NJBijMPX

By contrast, Woodley has been dominated twice since then and looks increasingly gun-shy with Vicente Luque (#10) scheduled next for him on PPV at UFC 260 later this month.

That matchup is well and truly dead, but Edwards knows a title shot remains in reach – provided he doesn’t slip up against a determined short-notice opponent in Belal Muhammad.

“I’m not really focusing on a title shot or what’s next, I’m focused on Belal. If I go out and lose to him, then all this goes away.”

Even with a 600-day wait between fights and questions over his inactivity, it’s remarkable to see how far he’s come after starting 2-2 in his first four UFC appearances – like reigning light-heavyweight Jan Blachowicz, who inflicted Israel Adesanya‘s first MMA defeat last weekend.

It’s been five years and change since they battled for 15 minutes in Orlando, with both improving significantly since. The only UFC fighters with a higher current win streak than Edwards’ eight? 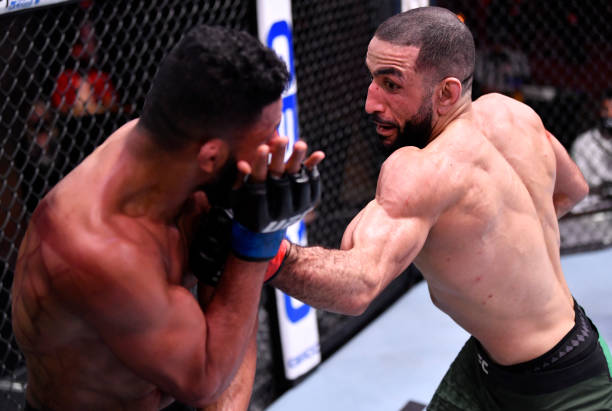 Muhammad has an identical record (18-3) and would love nothing more than to snap that impressive streak, thus improving to a UFC-best five straight wins himself.

Decision victories over Lyman Good and Dhiego Lima post-lockdown at the Apex facility have added to the 32-year-old’s momentum, though now he’s in the division’s top-15, he has to be looking upwards. There’s not many better placed than Edwards, hence this short-notice step-up.

Belal has vowed to produce an unforgettable display, revealing this opportunity was one he couldn’t refuse despite fighting on the UFC 258 prelims and agreeing terms three weeks ago:

“This is the fight I want, to fight the best guys. All the best guys are sitting on the sidelines, but we’re prize fighters – this is what we get paid to do.

So for me, to get an ESPN main event against the no. 3 guy in the world, against a guy Dana White said if he wins he’s going to fight for the title next, boom, I’m going to go out there and steal his shot.”

How will he fare? We’ll have to wait and see.

UFC Vegas 22 card in full, is as follows 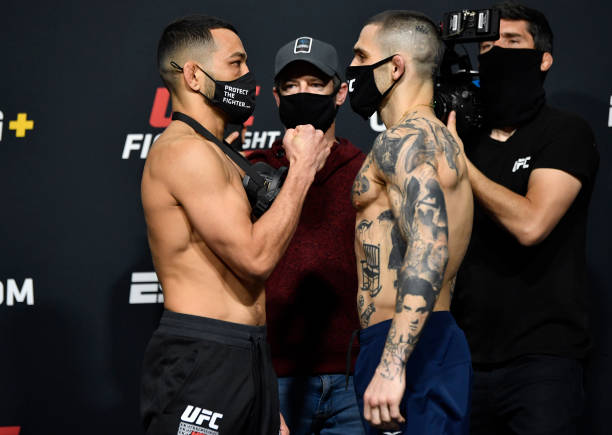