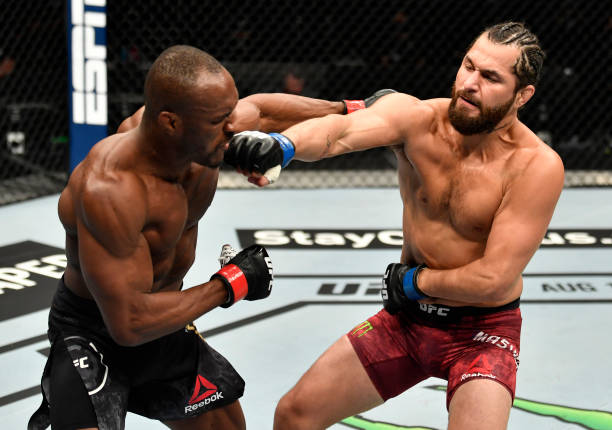 Kamaru Usman will make the fourth defence of his welterweight strap against #4 ranked Jorge Masvidal, headlining next month’s UFC 261 PPV with three title fights – Valentina Shevchenko and Zhang Weili the other champions scheduled for title defences. Set to be held at the VyStar Veterans Memorial Arena, it’ll be the first event with fans since UFC 248 on March 7 last year. 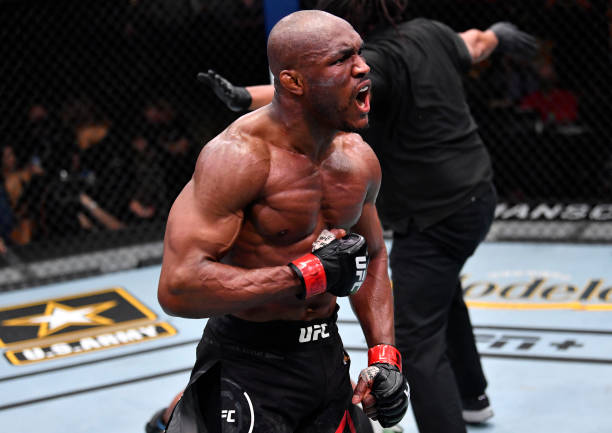 Usman celebrating after Herb Dean calls a halt to his latest title defence vs. Burns in R3 last month

After recovering from a groggy start to knockout former training partner Gilbert Burns (#2) last month, Usman had some strong words for Masvidal. He vowed to set the record straight after their short-notice title clash ended in a dominant but underwhelming decision result last July.

“We tried to make it [Masvidal fight] multiple times, the only reason why he said yes was because he already had an excuse [six days’ notice]. I’ll give you a whole training camp, you won’t sign on the dotted line… anyone can get it.”

Well, Jorge has his wish. The way negotiations unfolded, it felt likely he was aware of their slated April 24 date a few weeks in advance and now has been granted a second chance to become champion – something many don’t get immediately after losing 50-45, 50-45 and 49-46. 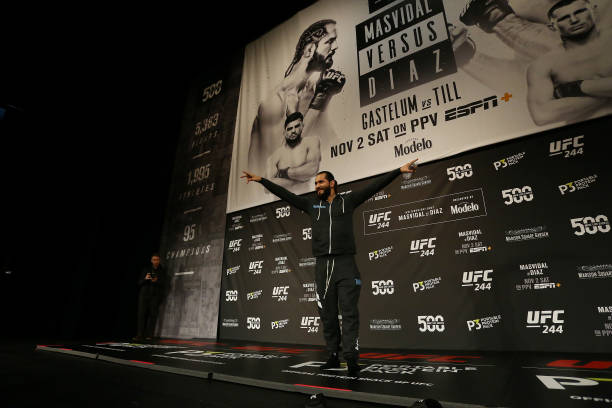 Masvidal during open workouts ahead of UFC 244, the PPV he headlined against Nate Diaz

UFC president Dana White confirmed the PPV will be the first with a full capacity 15,000-crowd for 14 months – the timing feels just perfect for a fan favourite in Gamebred, who strung together a three-fight win streak in 2019 (Darren Till, Ben Askren, Nate Diaz) with successive stoppages.

Leon Edwards‘ anticlimactic finish against Belal Muhammad at the weekend means he’s in an awkward spot on the outside looking in, while Colby Covington (#1) remains waiting patiently after the two he was eyeing fights with have now been matched up against one another.

Zhang Weili (21-1), one-half of the Fight of the Year with Joanna Jedrzejczyk at UFC 248, makes the second defence of her strawweight title against former champion Rose Namajunas (9-4). 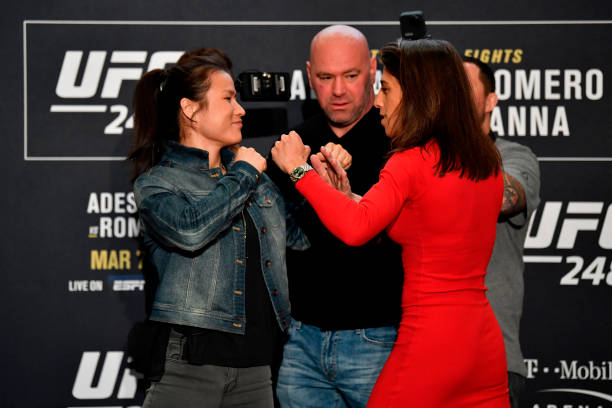 UFC 248 – which was headlined by Israel Adesanya’s middleweight title defence vs Yoel Romero – was the year’s final event with fans in attendance on March 7 due to the COVID-19 pandemic.