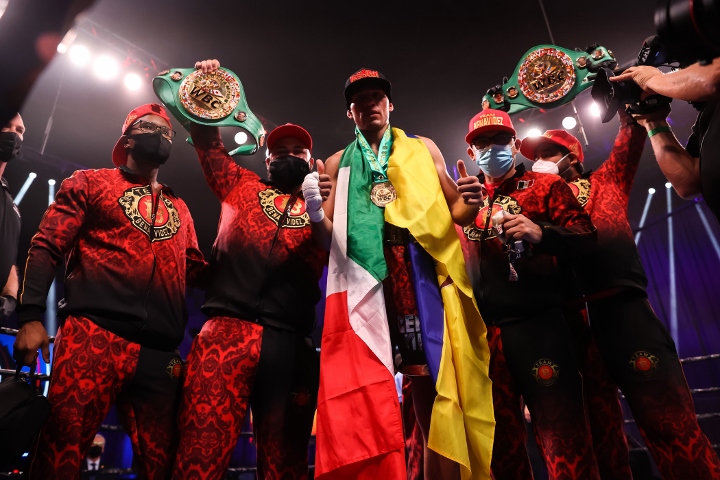 As far as activity and potential opponents are concerned, time is of the essence for two-time WBC super-middleweight champion David Benavidez, after he ended a seven-month layoff with a TKO win over Ronald Ellis at the Mohegan Sun Arena on Saturday night. The 24-year-old, who namechecked Canelo Álvarez and Jermall Charlo among others, is willing to take on anybody.

Benavidez issues open challenge to all 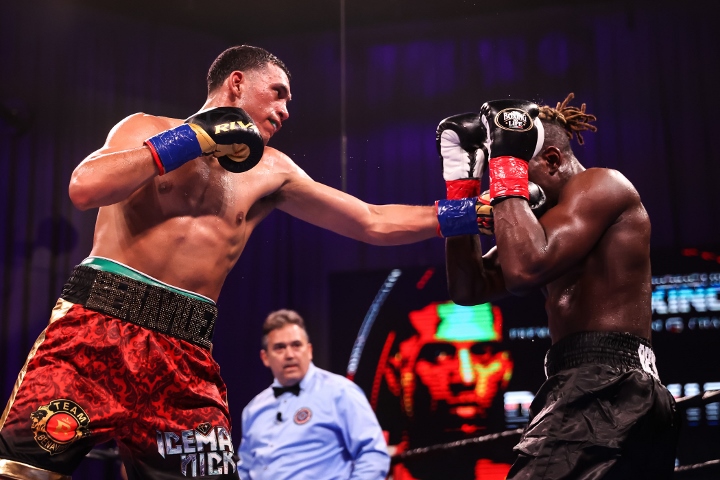 Benavidez landed 54% of his power punches thrown against a determined Ellis, before the R11 TKO

Benavidez became the first to stop Ellis (18-1-2, #8 WBC) but needed eleven rounds to eventually complete the job against a durable competitor who kept pushing the pace.

That was even after it seemed his corner were dangerously close to throwing in the towel during the middle rounds, warning him after sustaining multiple hard-hitting blows against the ropes.

Immediately post-fight, Benavidez praised the 31-year-old’s toughness but was looking ahead to tougher challenges.

After being stripped of the WBC strap for a positive drug test for cocaine in September 2018, then again on the scales last August, it’s no wonder Benavidez (24-0, 21 KOs) is itching for activity.

Although he forced a retirement after the tenth round against Colombia’s Alexis Angulo last summer, no belt was on the line after he weighed in 2.8 pounds over the 168-lb limit.

It was vacated and seized by Canelo as he cruised past Callum Smith on December 19, before defending it against a vastly overmatched opponent in Turkey’s Avni Yildirim last month.

Canelo – widely regarded the sport’s pound-for-pound #1 – is preparing to defend it as part of a long-awaited three-title showdown against Billy Joe Saunders on May 8.

Meanwhile, Benavidez believes his most recent display reinforces his capability to mix it with the sport’s best at 168 – whether it’s a Anthony Dirrell rematch (33-2-1, 24 KOs), WBC middleweight champion Jermall Charlo or another budding divisional contender they throw his way.

Charlo was certainly amused by Benavidez’s performance, in what many had billed as a tune-up fight for a man ranked #1 (WBC), #2 (WBA) and full of superstar potential if managed carefully.

I’m willing to fight anybody, if I’m an easy task, come see me in the ring. I’ll show you otherwise. I’m not scared, hiding from nobody – it doesn’t matter. Put a date on it, and that’s where I will be.”

He didn’t mince words on the topic of Dirrell either, vowing to stop him faster than his R9 TKO from September 2019 if they were to run it back again in future.

“I have a family to feed, this is my job. I’ll fight whoever they tell me. I’m only 24, just want to stay active and not fight once-a-year.”