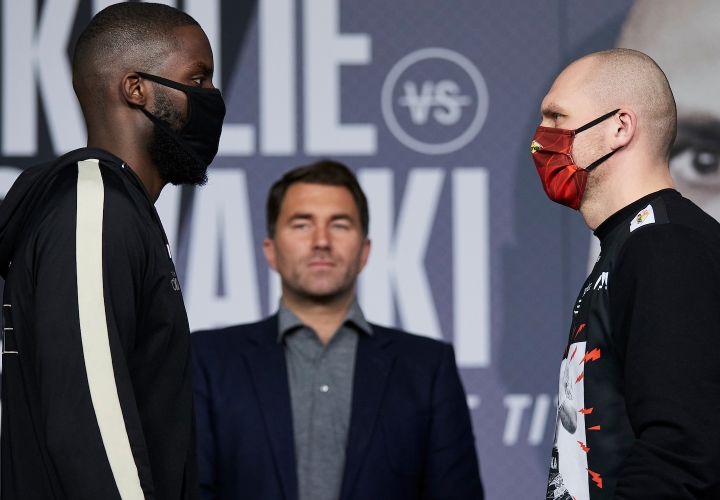 In his 16th pro fight, British cruiserweight Lawrence Okolie (15-0, 12 KOs) can become a world champion tomorrow but faces his stiffest test vs. Poland’s Krzysztof Glowacki (31-2, 19 KOs) – who hasn’t fought in 23 months and will be itching to make up for lost time. Will the 28-year-old reign victorious, keeping his unbeaten streak or does Glowacki return to winning ways?

After Glowacki pulled out of their original date following a positive COVID-19 test, Okolie blasted past the 34-year-old’s compatriot Nikodem Jezewski on the Joshua-Pulev undercard.

It was a necessary tune-up fight with bigger things in mind, though Okolie now has five consecutive knockout victories against domestic and European opposition. 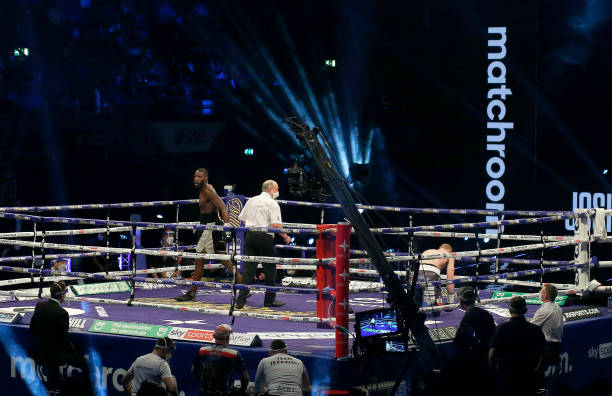 Not bad for a man many continue to criticise for an unflattering boxing style, littered with clinching and generally being uninspiring to watch – not least with the power he possesses.

Promoter Eddie Hearn believes he’ll clean out the division in 18 months before moving up to heavyweight, like former undisputed title-holder Oleksandr Usyk (18-0, 13 KOs) did in 2019.

Ordered in December 2019, the timing of this bout was twice interrupted by the coronavirus pandemic but Okolie – having experienced bubble life four months ago – hopes to do better than compatriot and welterweight Josh Kelly fared against Russia’s David Avanesyan last month. 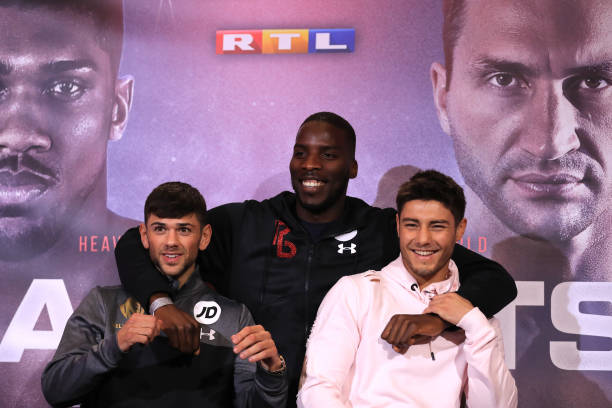 (L-R): Joe Cordina, Okolie and Kelly pose for pictures ahead of bouts on the Joshua-Klitschko card

That European welterweight title bout was rightly described as a step-up in class for the 27-year-old, who also represented Team GB at the 2016 Rio Olympics like Okolie. Even with a long layoff, Lawrence is rightly expecting the best Glowacki to share the ring with him on Saturday night.

Glowacki, who said he had some stamina issues when initially returning to training, vowed to end Okolie’s unbeaten record and become a WBO cruiserweight champion for the third time:

“Every cloud has a silver lining, now I feel better than in December. I feel pumped up and hugely motivated for this fight and Okolie isn’t going to beat me. I will retrieve my belt, bring it back to Poland – there is no other option.

He’s big, strong, has long arms and a huge reach but I’ve noticed some weaknesses that you will see on the night. I’m ready, I’ve had a lot of sparring partners who were tall and uncomfortable.”

His two defeats were against Usyk (September 2016) and Latvia’s Mairis Briedis (27-1, 19 KOs) in June 2019 – a controversial third-round stoppage. Will he make good on his comments?

Rest of the card, is as follows (10 rounds unless stated):

One thought on “Weigh-ins complete, Lawrence Okolie vs. Krzysztof Glowacki is official”