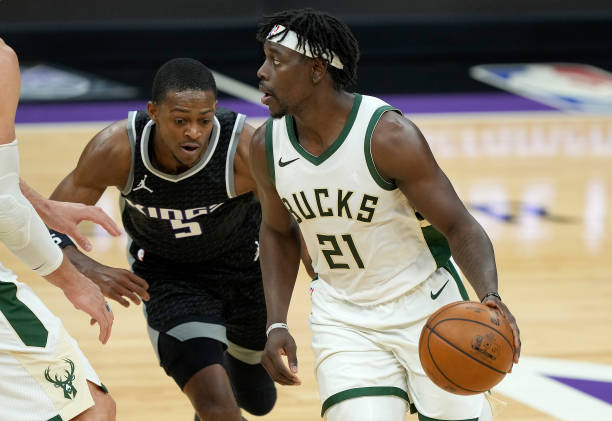 As reported by The Athletic’s Shams Charania, the Milwaukee Bucks agreed a four-year maximum contract extension with star guard Jrue Holiday worth up to $160m – a move tying up their core trio up for multiple seasons, hoping to finally get over the hump in the postseason. 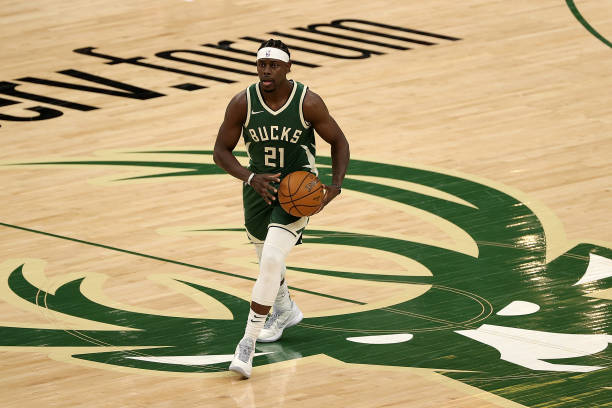 As his agent Jason Glushon told The Athletic, Jrue Holiday – who had a season-high 33 points against the Sacramento Kings overnight – agreed a four-year max extension worth up to $160m.

The specifics of his incentive-based additional money (around $25m) remain undisclosed, though there is a player option providing flexibility in Year 4 of the deal and $135m guaranteed.

Since being traded back in November, the 2013 All-Star (2018, 2019 All-Defensive teams) has embraced new surroundings on a title-contending team and earned a big extension.

Quickly familarising himself with the roster, coaching staff and Bucks front office, the 30-year-old wanted to commit toward years of competing for championships.

He is their third-leading scorer, averaging 17 points and 5.4 assists per game this term – while being second leaguewide in steals (1.8), only behind Miami’s Jimmy Butler (2.0).

Having spent seven seasons in New Orleans, he only had one playoff run past the first round – 2017-18, losing in five games to the eventual champion Golden State Warriors.

After watching his former All-Star teammate Anthony Davis thrive in LA alongside LeBron James over the past two years, Holiday’s selflessness needed to be channelled the right way.

By establishing himself as a key contributor immediately in Milwaukee alongside reigning two-time MVP Giannis Antetokounmpo and Khris Middleton, he’s doing precisely that.

The Bucks are committing serious money, but after seeing the point guard settle seamlessly, it’s a calculated risk. On why this deal makes sense for Holiday, The Athletic’s Bucks beat writer Eric Nehm said it best for a player who has a golden opportunity in the Eastern Conference:

“This represents the best of both worlds, he’s never played for a better team during his 12-year career and staying in Milwaukee represents his best chance at winning a championship, while also maximising his career earnings.

With a guaranteed core for the next two (possibly three) seasons, the Bucks will continue to contend in the East.”