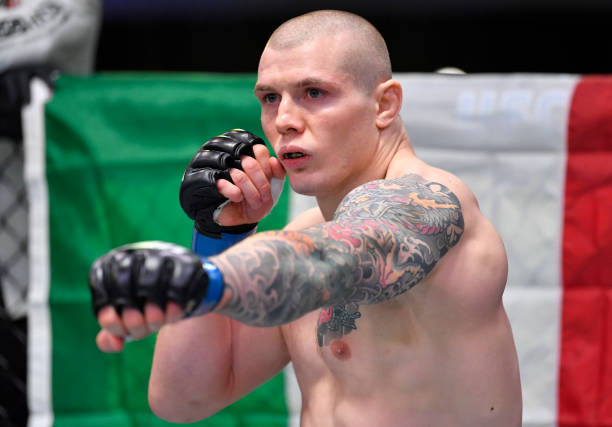 After Darren Till (#5) broke his collarbone in training and withdrew from this weekend’s main event on March 30, Kevin Holland – who recently underwhelmed against Derek Brunson (#4) – is stepping up on nine days’ notice to face Vettori (#6), though the Italian is unfazed as he continues on the trail to get a crack at the middleweight strap and an Israel Adesanya rematch. 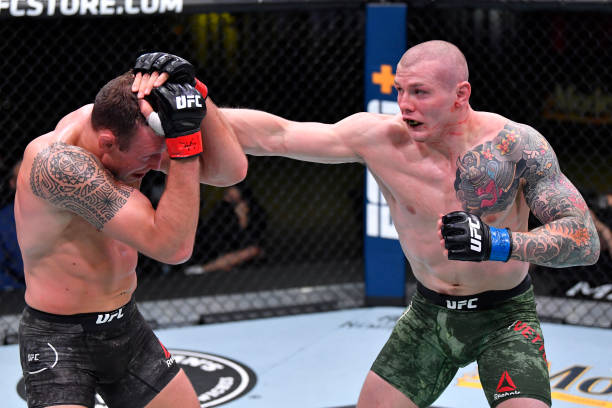 While many of the UFC’s middleweight contenders believe they have a case to feature in Israel Adesanya’s next title defence, Marvin Vettori believes he cannot be denied a shot much longer.

The Italian, who earned his first promotional bonuses with post-lockdown victories over Karl Roberson (Performance of the Night) and Jack Hermansson (Fight of the Night) last year, is on a four-fight winning streak ahead of this weekend’s main event – his second in quick succession.

During yesterday’s media day at the UFC Apex, he gave an analogy about fighters withdrawing and being able to defend their ranking spot before adding:

“I’m next because these guys can’t make it, man. By default, I need to take their spot. I guess now this [fighters withdrawing] became almost normal, it’s more normal than actually having a fight with the same opponent.

A little adjustment has been done, I’m ready to go and at the end of the day, I don’t care who’s going to be in-front of me, you know? This time I knew I was going to fight five rounds, so I’ll prepared and the rest will be history.”

"I felt like he was just doing a little too much… You can't forget what we're out here to do. He's out here to fight, and at some point, you have to hit that switch."@SugaRashadEvans was "frustrated" watching Kevin Holland's performance at #UFCVegas22 pic.twitter.com/GvGWr3x7mI

With #1 contender Rob Whittaker in action vs. Vettori’s Kings MMA teammate Kelvin Gastelum (#8) on April 17 after Paulo Costa withdrew with an illness, it feels like the 185-lb division will sort itself out in the next fortnight as far as immediate title challengers are concerned.

Vettori indirectly criticised Brunson’s display in the aforementioned win and vowed to do his own thing against Holland – suggesting he’ll finish proceedings inside the distance.

“Brunson got pushed up so high in the rankings by beating this guy [Holland], not even in a great way. I go out, do me, and you know I’m going to be right there next in line, I think.”

#3 Jared Cannonier (broken arm) is unlikely to return until this summer at the earliest after losing a competitive but clear decision against Whittaker at UFC 254 last October, while Brunson is now sitting at #4 and will likely watch other contenders with keen interest through April.

Holland adopted a more subdued approach to media day after Brunson’s workmanlike win over him a few weeks ago and has an unexpected but nonetheless golden opportunity this weekend.

UFC president Dana White watched Octagonside with Khabib Nurmagomedov and was puzzled by Holland’s display, suggesting it was a mental breakdown – something he’d never seen before.

The Trailblazer will be hoping to atone against another motivated contender after a forgettable first main event matchup:

“I think there were some things I needed to work on before I got this main event, but at the same time, when the company needs somebody to step up, I’m here when nobody else will.

Dana wasn’t really happy with the performance, and I can understand why.

He was looking forward to me doing certain things to Brunson, so, you know, it could bring better revenue later on. Here and there he’s had things to say, and best believe I’ve had open ears and listened.”