Alize Cornet, world no.59, criticised the decision to postpone this year’s Roland Garros tournament by a week – now starting on May 30 – given the impact it will then have on the rest of the tennis calendar: which includes shortening this summer’s grasscourt season by a week. 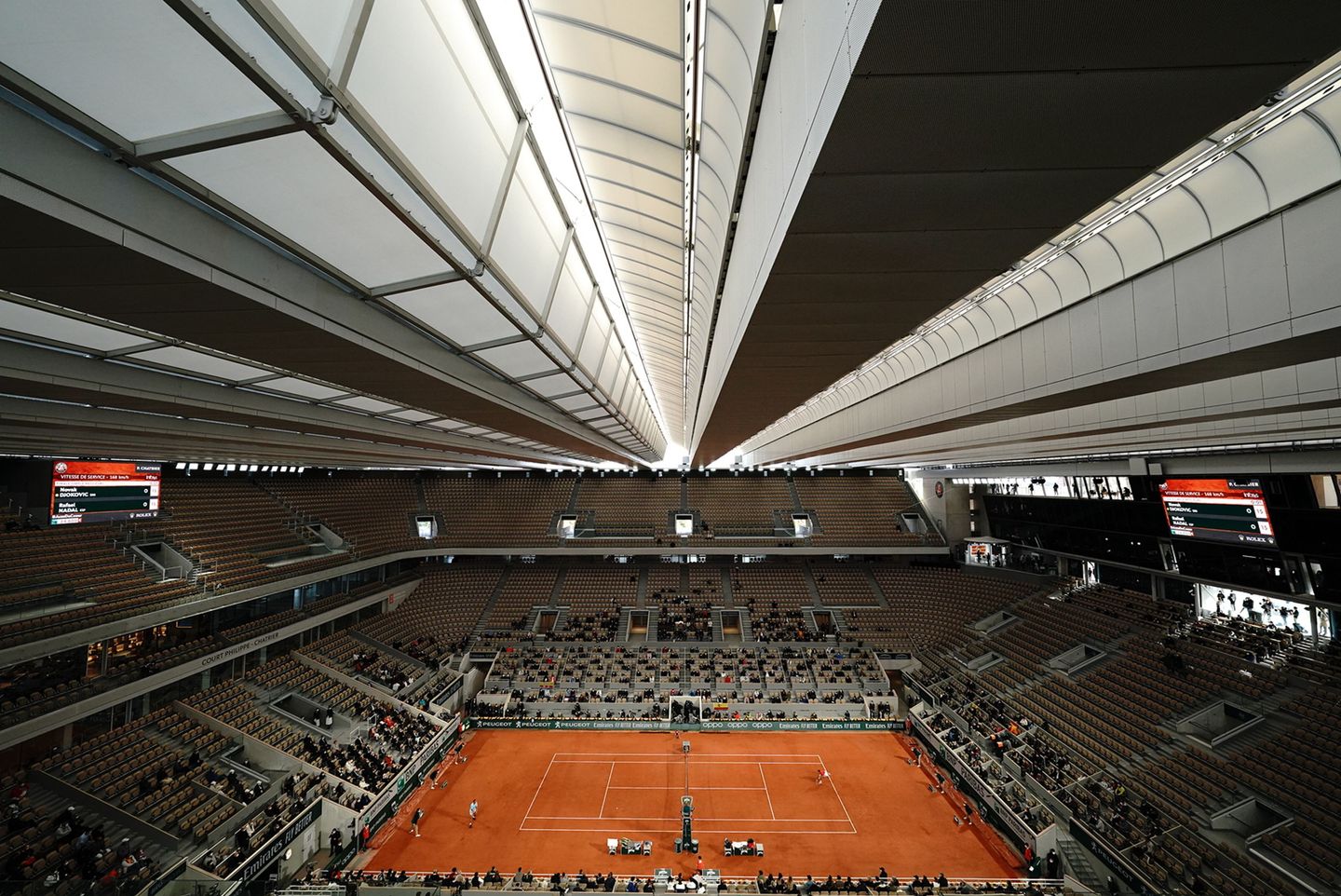 This year’s tournament has been delayed, hopeful more fans can attend than last year’s 1,000 cap

French daily newspaper L’Equipe reported on Wednesday that French Open organisers had agreed to a one-week delay, to accomodate the latest national COVID-19 lockdown in France which began on April 3 after a surge in ICU admissions.

The target is reopening the country by mid-May, with a week-long postponement potentially allowing for more fans to attend the tournament.

Last year, there were a maximum of 1,000 supporters permitted at one given time throughout the fortnight, which eventually took place in September-October after being rescheduled.

In a statement via ESPN, FFT president Gilles Moreton said:

“It will give the health situation more time to improve and should optimise our chances of welcoming spectators at Roland-Garros.

For the fans, the players and atmosphere, the presence of spectators is vital for our tournament, the spring’s most important international sporting event.”

Moreton said the decision had only been finalised after working with local authorities, TV broadcasters and the two organising bodies – ATP and WTA – coming after French sports minister Roxana Maracineanu revealed a start date postponement was possible.

After beating seventh seed Elise Mertens to reach R3 of this week’s WTA 500 event in Charleston, she was asked to give her reaction to the report. Roxana was the cause of the 31-year-old’s ire:

“I didn’t know. Our [French] sport minister is a disaster. Sorry, I’m sorry, I have nothing against her, but she only takes bad decisions for sports, like she doesn’t care. I know it comes from the government, I’m pretty sure.

It might come also from the tournament because I heard they might have more people if they [postpone], but it’s a pretty selfish decision because the calendar is going to suffer from this postponement.

I understand it’s not an easy time for the tournament, but we have to think about the players, calendar and all they have to try to fit in this [year].”

You can watch the video below:

Alize Cornet not happy to be told of the reported postponement of Roland Garros on Tennis Channel.

(I also love that she says “it stays between us” during a live television interview.) pic.twitter.com/IKkS96VQJo

What now for the grass court season?

As Cornet said, the big immediate issue – besides rescheduled date inconvenience – is shortening the window between the French Open’s end (June 13) and the Wimbledon start (June 28).

The Grand Slam Board released a statement supporting the FFT’s decision to delay, while announcing the grass court season – always short – would last two weeks, rather than three.

Confirmation via Wimbledon that the grass season will be shortened by one week because of the French Open moving back a week.

WTA Nottingham, ATP/WTA 's-Hertogenbosch, and ATP Stuttgart were all scheduled on grass for the week which the French Open is now moving into. pic.twitter.com/DGWk5xpGQR