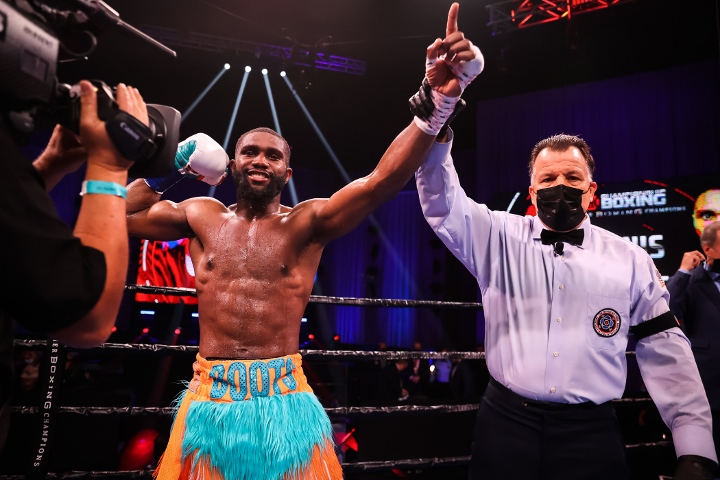 Fresh from his sixth-round KO win over Sergey Lipinets on Saturday, blossoming welterweight contender Jaron Ennis (27-0, 25 KOs) knows while his latest victory was commendable, it probably hasn’t helped further aspirations of becoming a world champion by the beginning of 2022 – he might have to become a mandatory challenger to one of the division’s titlists first. 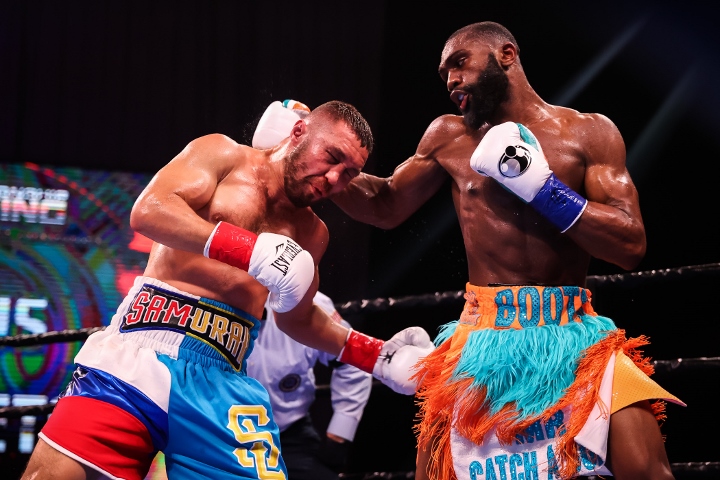 While he namechecked WBA (super) champion Yordenis Ugas and WBO title-holder Terence Crawford as opponents in the ring afterwards, Ennis – who turns 24 on June 26th – is aware the division’s champions are unlikely to voluntarily fight him considering the risks involved.

The way they can’t refuse though, is by establishing himself as a mandatory challenger – but you only have to look at Dillian Whyte’s situation at heavyweight to see even that isn’t a guarantee.

Butaev has been ordered to face WBA regular champion Jamal James next, Abdukakhorov has been Errol Spence’s mandatory for two years and made his long-awaited comeback last month while Porter appears keen either to face Crawford or a Spence rematch of their 2019 thriller.

After an efficient night’s work at the Mohegan Sun Arena capped a busy day of boxing, Ennis said:

“I think I might have to be a mandatory challenger for one of the world champions to pick me.

But until then, I’m gonna keep working my way up to the world title and keep trying to fight the best fighters that’s out, or that’s available at the moment.”

He’s a high-risk, low-reward challenger – just like fellow young prospect Vergil Ortiz Jr – and the champions appear intent on other matchups in the immediate future.

Spence, who returned from his high-speed car crash to retain his welterweight titles with a comfortable win over Danny Garcia in December, is targeting Ugas next for a unification bout.

Crawford doesn’t have a date or opponent slated yet, though reports suggest a lucrative fight against Filipino legend Manny Pacquiao – inactive since July 2019 – could be next this summer.

Ennis (#7 WBO, #9 IBF, #12 WBC) became the first fighter to knock out Lipinets and is expecting to receive a bump in the latest rankings update – not in the top-15 according to the WBA.

“As long as I keep fighting top guys, you know, keep coming up the rankings, getting better each and every fight, that’s the goal, to be world champion.